Where in health am I? : Home / Health Cloud / Challenges / Heart / Conditions / CHF

Women think of heart disease as an old person's disease and a good way to die, ... But heart failure is every bit as bad as cancer, and the death rate is higher - Martha Hill 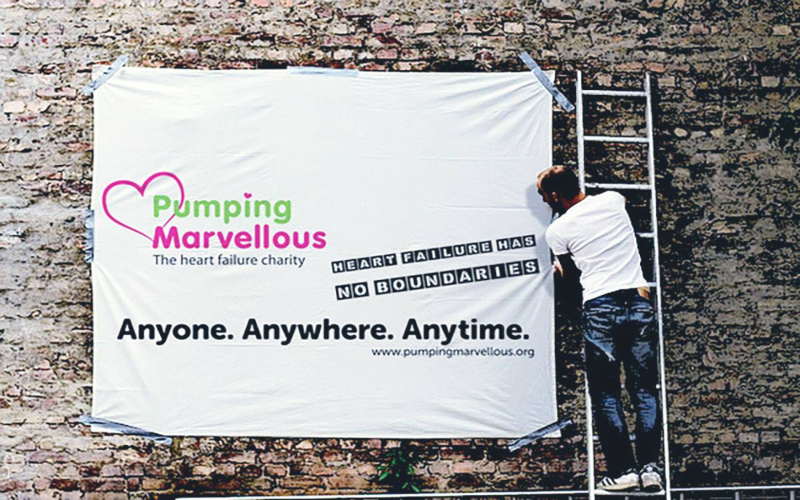 HEART disease is the world’s No. 1 killer, despite advances in medical technology, as well as public health initiatives that have eased the burden of heart disease drastically. While one marvels at the progress, we often ignore how heart-disease patients die.

Patients with heart disease are more likely to suffer excessively at the end of life than those with other conditions. While surveys show that people overwhelmingly want to die at home, patients with cardiovascular disorders are much less likely to do so than patients with other diseases, such as cancer.

All heart disease, as it progresses, results in heart failure, or a gradual weakening of the heart. Patients commonly experience difficult breathing, extreme fatigue and swelling of their legs and abdomen. Heart failure is the leading cause of hospital admissions among those older than 65 years of age annually.

And yet these patients rarely get high-quality end-of-life care, in part because it is so hard to predict how individual cases will play out. The heart weakens slowly, over years, followed by sudden death from abnormal cardiac rhythms or from progressive failure of its pumping function. There is great variation in survival from patient to patient; death can occur days to decades after the initial diagnosis.

I remember a patient a few years ago who had heart failure, but seemed able to get around rather well on her own. Minutes after leaving the clinic, she collapsed in the parking lot. She was admitted to the hospital and passed away a few days later. The most important reason for the lack of good care is a lack of research and training. Research I presented at the American College of Cardiology showed that physicians were not very good at estimating how long patients with heart failure had to live, compared with patients with cancer. And I found that doctors were actually more comfortable discussing palliative care with cancer patients than with those who had terminal heart disease.

While heart failure is common, studies show that patients generally don’t have a great comprehension of it. I remember talking to a patient who struggled with heart problems for decades, and had even received a pacemaker. But he couldn’t recall ever hearing the term “heart failure.”

Physicians do a bad job of explaining heart disease to patients, but frequently, patients don’t respond to a diagnosis of heart failure the way they do to, say, one of cancer, even though advanced heart failure carries a prognosis similar to, if not worse than, many malignant cancers.

Well-designed studies show that patients with heart failure and their doctors grossly overestimate survival, leading them down a path of dangerous optimism. Sometimes I wonder if everyone would take heart failure more seriously if we simply changed its name to heart cancer.

Even when patients, their families and medical teams recognize that the end is imminent, they face further hurdles. While we’ve made great progress in the management of symptoms like chronic pain in patients with terminal disease, the alleviation of difficult breathing has not been prioritized. Hospice teams, while generally well equipped to handle pain, nausea and anxiety, have limited options and training when it comes to making a patient’s breathing more comfortable.

None of this is to demean medicine’s advances in fighting heart disease. We can open a clogged artery without putting someone under the knife. But we must do more to help patients when all these innovations are futile and death is inevitable.

The first step is identifying patients at highest risk and not only providing them with the best possible therapies, but also timely palliative care. One important intervention, currently being investigated in a trial at Duke called PAL-HF, would be to get a well-trained palliative care team to collaborate in the care of all patients with end-stage heart failure, instead of coming in after the doctors are through.

Just last year, I was taking care of a wonderful old lady who had heart failure and whose only wish was to be able to go home. When I called the hospice team, they refused to believe that she had less than six months to live, a criterion for acceptance to hospice. They were wrong — she passed away in less than a week, alone in the inert expanse of her hospital room. Had they been on the case from the beginning, they would have known better.

While I failed to help her achieve her goal, we need to do more as a health system as a whole to help patients with heart disease to the very end.

High-protein diets are linked to heightened risk for heart disease, even for vegetarians

Despite the popularity of such diets, the research on how they impact heart health has been relatively scant. A new study, though, published this week by the American Heart Association, shows that eating a lot of protein—derived from both plants and animals—is linked to an elevated risk of cardiovascular failure.

After a diagnosis of heart failure, moderate drinkers tended to live longer than those who drank more heavily or didn’t drink at all.

Scant Evidence Behind the Advice About Salt

Low-sodium diets are widely recommended for people who have a variety of ailments, but there’s little proof they help those with heart failure.

Should you be worried about ibuprofen causing heart failure?

A strength of the study is that it looked at a very large number of patient records, and combined five different sources of data from four European countries, meaning that the effects found are more likely to be widely applicable and less likely to be a quirk of one particular study group.

Stem Cell Therapy for Heart Failure Gets a Gold-Standard Trial

Promising results from the new trial would be a major step forward for a field that has long been criticized for studies that are poorly designed, incomplete or lack control-group comparisons, as well as for the peddling of unproved therapies in many clinics worldwide.

When Your Heart Fails You

My heart is broken. But not the way you think I mean. It’s actually broken. Doctors call it heart failure, but since I’m not the type of person who likes to fail at anything, I’ll just say that it is broken. It’s permanent, though, and that’s the hardest thing for me to accept. My heart can no longer do the things it was born to do, and it never will again.

Congestive heart failure (CHF) in the elderly is a quiet, complicated problem. The condition, which can stem from a range of structural or functional cardiac disorders, is compounded by the effects of old age. CHF often goes undiagnosed, particularly in mild cases, and yet even with the best therapy it is associated with an annual mortality of 10%.

The Design Bias of Heart Failure

The lone artificial heart on the market fit 80 percent of men and only 20 percent of women. But the bias here is deeper than that.

Essentials of the Diagnosis of Heart Failure

The clinical syndrome of heart failure manifests when cellular respiration becomes impaired because the heart cannot pump enough blood to support the metabolic demands of the body, or when normal cellular respiration can only be maintained with an elevated left ventricular filling pressure.

Patients with heart disease are more likely to suffer excessively at the end of life than those with other conditions. While surveys show that people overwhelmingly want to die at home, patients with cardiovascular disorders are much less likely to do so than patients with other diseases, such as cancer. All heart disease, as it progresses, results in heart failure, or a gradual weakening of the heart.

We are making heart failure clearer for everyone.

The Heart Failure Society of America, Inc. (HFSA) represents the first organized effort by heart failure experts from the Americas to provide a forum for all those interested in heart function, heart failure, and congestive heart failure (CHF) research and patient care.

Heart Failure Online is dedicated to providing information regarding heart failure to patients and their families. We have worked hard to break down the components of heart failure, starting with an overview of the organ systems involved and progressing through how each organ system is affected, methods of prevention, treatment options, and much more.

www.heartfailurematters.org is an interactive, multilingual, educational website containing animations, videos and tools for patients with heart failure, their families and carers.

Heart Hope is a network of healthcare professionals dedicated to advancing the treatment of heart failure. Its mission is to communicate a message of hope and empowerment to heart failure patients, families and caregivers. We invite you to explore this website to discover how every day can be a new beginning for you or someone you love who suffers from heart failure.

While there isn't a cure for heart failure at the moment, the treatment to control symptoms has improved dramatically. With treatment and the right medicines many people live full and active lives. Your doctor will prescribe drugs that will help control your blood pressure and help the pumping action of your heart.

Heart failure sounds frightening because it sounds like the heart just stops working. Do not be discouraged by the term heart failure, the heart has not stopped beating or pumping. Heart failure means the tissues of the body are temporarily not receiving enough blood and oxygen. With advancements in diagnosis and therapy for heart failure, patients are feeling better and living longer.

The term "Heart Failure" can be scary, and is misleading. The heart does not "fail" in the sense that it suddenly stops. It doesn't mean that you're about to die. It means the heart is not working as efficiently as it should.

How serious is CHF? Each year, approximately a quarter of a million people die from heart failure.

Heart failure, also called congestive heart failure, is a life-threatening condition in which the heart can no longer pump enough blood to the rest of the body.