Where in health am I? : Home / Health Cloud / Challenges / Heart / Drugs

There is no medicine like hope, no incentive so great, and no tonic so powerful as expectation of something better tomorrow - Orison Swett Marden 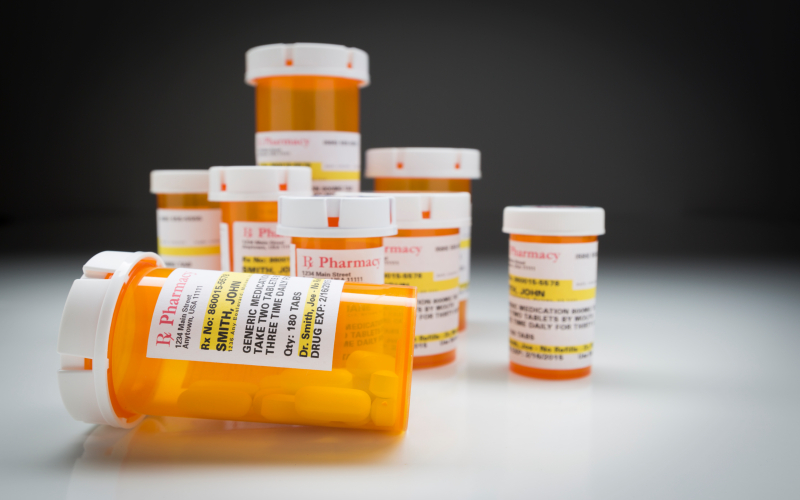 If you – like me – have had a heart attack, you are now likely taking a fistful of medications each morning, everything from anti-platelet drugs to help prevent a new blockage from forming inside your metal stent to meds that can help lower your blood pressure. All of these cardiac drugs have been studied by researchers before being approved by government regulators as being safe and effective for us to take every day.

But one particular study on this subject published in the Journal of the American College of Cardiology raised a unique point:

“Little is known about the benefits and risks of longterm use of cardiovascular drugs. Clinical trials rarely go beyond a few years of follow-up, but patients are often given continuous treatment with multiple drugs well into old age.”

You too may have been told that many of your meds will become part of a morning routine for the rest of your natural life. Heart disease, unlike an acute medical crisis such as appendicitis, means a chronic and progressive diagnosis. Doctors can stent us or bypass us or zap our electrical circuits or replace wonky bits with implantable marvels, but those are short-term solutions. They cannot fix what damaged our precious hearts in the first place, often decades earlier.

And one of the biggest risk factors for having another heart attack down the road is having already had one – hence your doctor’s concern that you take your current cardiac meds exactly as directed. It’s also why drugs remain the first-line tools in the physician’s toolbox.

The lead author of this particular study in JACC is Professor Desmond Julian, a distinguished U.K. cardiologist credited with establishing the world’s first ever Cardiac Care Unit in Sydney, Australia. It turns out that Professor Julian had a uniquely personal reason for worrying about just how safe cardiac drugs are over the long term.

Nine months before the JACC paper was published, he described his own medical experience, in correspondence with the British medical journal, Lancet. Professor Julian had experienced “two potentially fatal events” which he also describes as “almost certainly due to taking beta blockers” for 15 years (drugs usually prescribed to control heart rhythm, treat angina, or reduce high blood pressure). After the first event, he developed severely low blood pressure when exercising; after the second, he was diagnosed with an abnormally slow heart rate due to a cardiac rhythm problem called sinoatrial heart block. Both abnormalities ceased when his beta blockers were ultimately stopped.

But he had also developed a debilitating cough from taking medications called ACE inhibitors for 10 years, and aspirin-induced gastrointestinal bleeding after being on that drug for 15 years. As Professor Julian wrote:

“We suspect such risks are not uncommon. The two episodes due to the beta blocker could have been fatal if immediate help had not been available, and the death would NOT have been attributed to the drug.

“Therefore, we feel it is important to challenge the assumption that the efficacy and safety of drugs given in the relatively short term remain the same over the long term and into old age.”

“Although there is abundant evidence of the value of four groups of drugs (aspirin, beta-blockers, statins, and angiotensin-converting enzyme [ACE] inhibitors) in the prevention and treatment of heart disease in the first few years after an acute coronary event, there is inadequate evidence for the continuation of these drugs beyond that time.

“Millions of patients with coronary heart disease have been receiving cardiovascular drugs for years, in the absence of any evidence from clinical research trials to justify their use beyond 5-10 years.

“Additional concerns have arisen with the introduction of the fixed-dose polypill as a potential life-long therapy. Reliable evidence on withdrawal versus continuation of drugs is also needed, so we can establish when to stop long-term use of cardiovascular drugs that are effective and safe in the short term.”

Professor Julian and his team concluded their paper with a number of recommendations related both to future research and to improvements in patient care:

If you’re a heart patient wondering how long it might take for any or all of these recommendations to be acted upon, do not hold your breath.

We know that the lag time between emerging research and resulting evidence-based changes in how medicine is practiced can take years. The delay has been called “change implementation failure” among health care organizations; it’s generally estimated that it takes an average of 17 years for research evidence to actually reach clinical practice at the bedside. Prescribing these drugs to virtually all heart attack survivors is a well-established and popular medical practice, and this practice will not go away quietly. And the powerful drug industry will hardly sit by in the face of any recommendation to support reducing the pool of potential sales.

So what can patients do while we wait? First, if you have been taking beta blockers for several years, ask your own physician to review this new Norwegian study on heart attack patients that suggests there is no association between beta blockers and all-cause mortality. It explains why decades of routine clinical practice recommending these drugs has been based on older studies performed in a pre-bypass surgery/pre-stent era when heart attack patients were treated with only bed rest and morphine.

As part of the new collaboration, researchers will draw on data from UK Biobank, a national health resource containing a wealth of information on 500,000 people in the UK. The data available will enable researchers to discover pathways involved in heart disease that could provide new targets for treatment.

Thousands of animals are used for heart drug tests each year—but research shows that computer-simulated trials are more accurate.

3D Heart Simulation Predicts How Drugs Will Affect Your Heartbeat

Your heart might “skip a beat” if you’re frightened or you suddenly see a long-lost love, but in real life, an irregular heartbeat can be dangerous. If the heart can't pump enough blood to the body, it could result in organ failure or stroke. And certain prescription drugs may throw off the natural rhythm of your heart if not properly vetted.

Can This Drug Cure Performance Anxiety?

Beta-blockers, used primarily as a treatment for heart disease, may help calm the nerves of anxious orators.

The hunt for new heart drugs is losing momentum as resources are switched to other areas, notably cancer research, where investors get a better bang for their buck.

Gender differences in the effects of cardiovascular drugs

This review briefly summarizes gender differences in the pharmacokinetics and pharmacodynamics of cardiovascular drugs and provides recommendations to close the gaps in our understanding of sex-specific differences in drug efficacy and safety.

Many drugs are prescribed widely, even though evidence they actually work is weak...

It's Not Dementia, It's Your Heart Medication: Cholesterol Drugs and Memory

These Beating Mini-Hearts Could Save Big Bucks—And Maybe Lives

Pharmaceutical firms typically spend billions of dollars and a decade to successfully bring a new medicine to market. Drugs are often felled by harmful side effects that don’t get detected until costly human trials—and the heart is the number one place where things can go wrong. So drugmakers have been looking for ways to identify cardiac issues sooner rather than later.

If your cholesterol levels are high, your doctor might prescribe you a statin, a drug that blocks one of the enzymes involved in creating cholesterol. But in the future, she might also prescribe a second drug that technically doesn’t target your body at all. Instead, it would manipulate the microbes in your gut.

Despite the drug’s popularity today, the researchers who discovered it weren’t even looking for it. Sildenafil, the active ingredient in Viagra, was originally developed to treat cardiovascular problems. It was meant to dilate the heart’s blood vessels by blocking a particular protein called PDE-5. In animal tests, it seemed to work moderately well: researchers could find evidence that it was impeding PDE-5, and the animals weren’t having any obvious negative side effects.

Our cardiac meds – in real life, not just in studies

If you – like me – have had a heart attack, you are now likely taking a fistful of medications each morning, everything from anti-platelet drugs to help prevent a new blockage from forming inside your metal stent to meds that can help lower your blood pressure. All of these cardiac drugs have been studied by researchers before being approved by government regulators as being safe and effective for us to take every day. But one particular study on this subject published in the Journal of the American College of Cardiology(1) raised a unique point...

Discover the drug that's right for you.

There are many types and combinations of drugs used to treat coronary artery disease (CAD), and your doctor will decide the best treatment combination for your situation. The following chart gives you a quick "at-a-glance" look at many typical cardiac medications. Your prescription may have a different name from the ones listed on this chart. Brand names commonly available in the U.S. are shown in parentheses after the generic name for each drug.

This article helps nurses who don’t work in ICUs or EDs to understand emergency drugs and their use.

The following drugs and medications are in some way related to, or used in the treatment of Heart Disease. This service should be used as a supplement to, and NOT a substitute for, the expertise, skill, knowledge and judgment of healthcare practitioners.