Where in health am I? : Home / Health Cloud / Challenges / Heart / Fainting 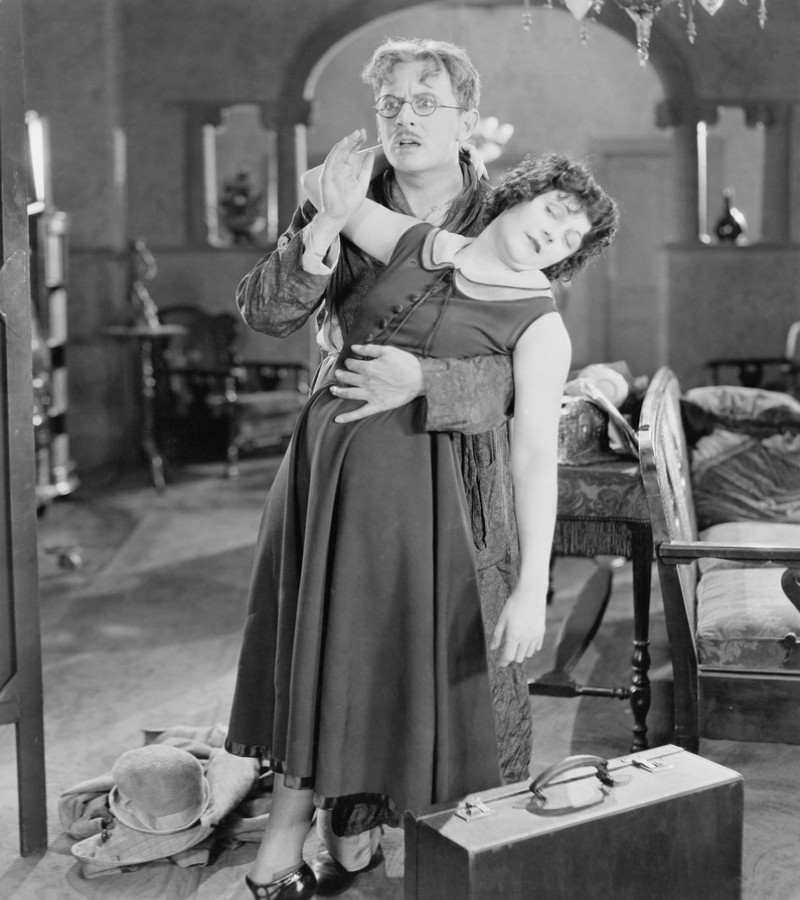 I used to want to be a ballerina, dancing in the spotlight of a stage. Then I wanted to be a musician, playing music all through the night. The next dream was a mathematician, solving problems no one else could. And finally I set out to be a Soundie, recording and editing sound for films.

Then before I could even realize, everything began to change.

The ballerina – she lost her balance.
The musician – she lost her rhythm.
The mathematician – well she could no longer count.
And the Soundie – well everything became a blur.

Finding out I had an invisible illness, Neurocardiogenic Syncope, has affected every part of my life, and the hardest part? No one can even see it.

Neurocardiogenic Syncope is an invisible illnes which no one has ever heard of. I get blank looks from people who I tell. How I explain it is that I constantly feel like I have a concussion, and like I have been sitting still for too long, but it won’t kill me.

It’s a pretty fundamental description of Neurocardiogenic Syncope, but it’s really all people want to hear. They don’t want to know how the blood is slowly pooling in my legs and not enough oxygen is reaching my brain, causing by body to shut down. I am lucky in this way; I hardly ever actually faint. But I do live constantly trying to make myself see through the concussion-like brain fog.

It’s a scary thing, brain fog. It can be as harmless as forgetting what you ate for lunch half an hour ago or as dangerous as driving towards a red light and not registering that you have to stop, and anywhere in between. Sentences and numbers become too complex, thinking of one word but saying another, mixing numbers around. Some days, normal conversations can be hard to understand, other days I seem to forget how to read more then a sentence at a time.

I was sick for over four years before I was finally given the diagnosis of Neurocardiogenic Syncope. I have been through so many different tests and been told I had so many different conditions. My life has changed completely.

Four years ago I was studying to work in the film industry and playing sport every other day. Now getting through a full week of work in a retail job is an achievement and the weeks when I can’t even manage that are the ones that really bring me down.

There is no cure for Neurocardiogenic Syncope. Treatments are mostly lifestyle and supplement based. Everything is in extreme moderation: working, socializing, sleeping, and eating. But this has made me find out the things that are really worth pushing through. When you need so much support around you, you find the friends who will always be there for you, and maybe someday I’ll get the chance to repay them.

I have an invisible illness, meaning that most of the time I just seem like a shy, quiet girl when I really feel like I could pass out. Sometimes that seems like the perfect disguise but in reality it makes it so difficult for people to understand what is happening. There are good days and bad days; and it is a battle, but I don’t give up.

I have found once you can learn to accept the new limitations you have, the good days can become amazing and the bad days won’t matter so much anymore. I have felt this a few times and maybe one day I will truly get to this point. It can seem impossible, but I believe life is worth it.

He Can’t Stop Fainting. Is His Heart the Cause?

It’s not always necessary to identify the precise cause of syncope, but it is essential to make sure that it is not caused by the heart. So-called cardiac syncope accounts for only about 20 percent of all fainting spells. But because this kind of syncope can indicate heart disease, it’s important to separate patients with cardiac causes from those other reasons for fainting. Research has shown that those who have cardiac syncope have a higher risk of death, presumably from the underlying heart problem.

Have You Ever Fainted? All About Mine

That's a lie. I don't remember anything about it. I fainted. Before and after the faint, I remember.

This Is Why Some People Faint When They See Blood

Vasovagal syncope is basically a misguided effort by the vagus nerve: In trying to make you chill out, it overshoots and instead makes you pass out.

Why People Faint at the Theater

How a distressing movie or play can trigger a body to pass out.

The overall aim of the charity is to ensure that anyone presenting with unexplained loss of consciousness receives the correct diagnosis, the appropriate treatment, informed support and sign posting to the appropriate medical professional.

When Is Fainting Serious? Hospitals Try to Crack the Riddle

Why Do Some People Faint When They See Blood?

It's a phobia, but other phobias don't give you that same woozy feeling.

Doctor: Even With Pneumonia, Clinton's Fainting Spell Looks Like A Routine Matter

As a doctor, what I noticed was that the Secret Service agents accompanying Clinton made a clear mistake: they did not lay her down. One easy way to increase blood flow back to the brain is to lower the head to or below the level of the heart. But nothing else in the video was particularly striking. This was a case of syncope.

Fainting -- Nothing to Swoon About

There, I admit it. I'm a fainter. No, not the corseted Southern belle variety that puts her wrist over her brow, heaves a sigh and then swoons. That's just a myth (I think). I'm more of the quiet type of fainter. Sounds are reduced to white noise. I get tunnel vision and feel queasy as the sensation of a thousand pinpricks runs across my torso and I begin to sweat.

Fainting May Be Genetic, Study Finds

The study, conducted by researchers from the University of Melbourne, showed that a single gene that is passed along in families may be linked with fainting. However, researchers did not find evidence to suggest that fainting triggers are genetic.

Have you ever been curious about how serious fainting, swooning, and syncope are or can be? Have you wondered whether, when, and how to work up these conditions? Have you ever considered how to best treat a patient with single or multiple episodes of syncope? If you have, then the following case vignette should provide a useful stimulus for discussion.

Invisible Illness: How to Sustain Hope?

Imagine not knowing which symptoms will hit, and when, and never being able to plan for tomorrow, let alone for your whole future. And imagine a world in which it's extremely hard to find doctors who take seriously that your discomfort is really physiological, a world in which the right treatment for you is elusive.

You don’t need to live like everybody else to lead a full and happy life. Just learn to work with what you’ve got, make sure you build an excellent support system of friends and family, and try not to get too upset at them when they forget you’re disabled!

It is usually difficult for people with this condition to be diagnosed properly as many medical tests are carried out and the results are often normal. Therfore is usually takes many years for a person to be diagnosed. People who have this condition are diagnosed by having a tilt table test and by their symptoms. Unfortunately at the moment the condition cannot be cured but can be treated with medication and avoiding triggers.

A heightened awareness of high risk or trigger situations is crucial for prevention. For example, increasing salt, fluid and food intake and avoiding skipping meals. Dress in layers and take cooler showers to avoid overheating. Lay down during blood tests or vaccines. Avoid prolonged standing.

There is a range of diseases that affect the autonomic nervous system known as dysautonomia and POTS is one of them. In POTS there is increase in heart rate and light-headedness on standing. In addition there is exercise intolerance and fatigue, often with a multitude of other symptoms. POTS may be so severe that even normal everyday activities usually taken for granted such as bathing or walking may be severely limited.

Should You Go To The Doctor After Fainting? Here’s How To Tell

Most people who faint do not need to go to the emergency room, but for a small minority of people who do faint, the brief loss of consciousness can be a sign that more serious and potentially fatal medical events are on the horizon.

Vasovagal syncope, the most common type of syncope, occurs in response to triggers and results in a brief loss of consciousness and quick recovery. It is caused by a sudden drop in heart rate and blood pressure, which reduces the flow of blood to the brain.

Neurocardiogenic Syncope, The Invisible Illness That Changed My Plans

Neurocardiogenic Syncope is an invisible illness which no one has ever heard of. I get blank looks from people who I tell. How I explain it is that I constantly feel like I have a concussion, and like I have been sitting still for too long, but it won’t kill me.

We are a 501(c)(3) non-profit founded in 2012 by patients, caregivers, physicians and researchers dedicated to assisting people living with various forms of dysautonomia. For those of you who may be thinking "dysauto-what?" - dysautonomia is an umbrella term used to describe different medical conditions that cause a malfunction of a person's autonomic nervous system.

We aim to produce information which reflects current evidence-based medicine and strive to enhance our reputation as a reliable and authoritative source of PoTS information.

A blog about Postural Orthostatic Tachycardia Syndrome for tweens, teens and everyone else interested in POTS.

Can Eating a Sandwich Stop Your Heart?

In a word: Yes. The question is, why? Hint: nerve signals are blocked.

It may be caused by emotional stress, pain, pooling of blood in the legs due to sudden changes in body position, overheating, dehydration, heavy sweating or exhaustion. Syncope may occur during violent coughing spells (especially in men) because of rapid changes in blood pressure. It also may result from several heart, neurologic, psychiatric, metabolic and lung disorders. And it may be a side effect of some medicines.

Vasovagal syncope is a common cause of fainting. The vagus nerve is overstimulated and causes the body's blood vessels to dilate and the heart to slow down. This anti-adrenaline effect decreases the ability of the heart to pump blood upward to the brain against gravity. Without blood flow, the brain turns off. In Victorian England, when this happened because young ladies' sensibilities were easily offended, this was called a swoon.

If you think you're going to faint, you may be able to head it off by taking these steps: •If possible, lie down. This can help prevent a fainting episode as it allows blood to circulate to the brain. Just be sure to stand up again slowly when you feel better — move to a sitting position for several minutes first, then to standing...