Where in health am I? : Home / Health Cloud / Challenges / Heart / Awareness

Awareness about heart disease has got to be raised - Vinnie Jones 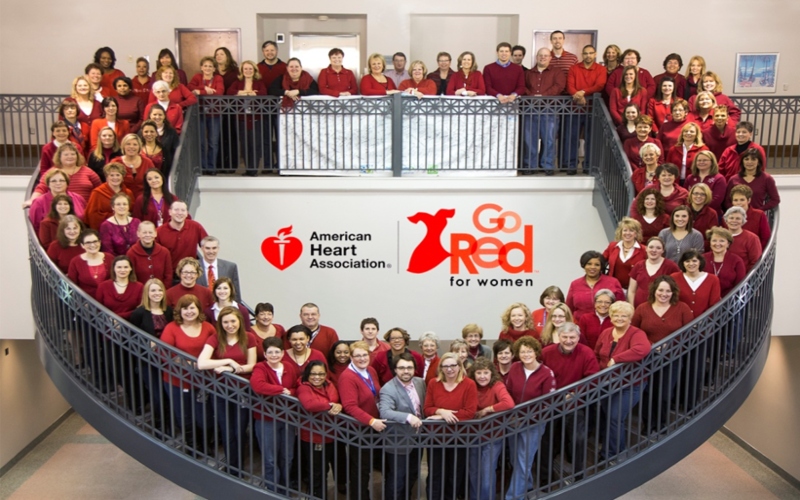 Did you know that heart disease kills ten times more women than breast cancer? Maybe you do, in which case, go you! But a lot of people do not, because breast cancer awareness and advocacy has sucked up a lot of the attention when it comes to health education for women in the United States. This is a problem, because women are at risk of a range of serious conditions, not just cancer, and heart disease is a leading threat to their health. Whatever education and awareness campaigns we’re using are clearly inadequate, and they’re even more inadequate than you think.

Breast cancer is obviously a serious issue, but at this point, the vast majority of patients (women aren’t the only people who get breast cancer) are aware of it, as are clinicians (those dealing with cis women, anyway). The problem with breast cancer isn’t one of awareness, but the fact that it kills people, and we still haven’t developed effective prevention and treatment tools. Some patients die even after aggressive treatment and early intervention. Others manage to pull through. We’re still learning about how breast cancer acts on the body, and whether we can identify factors that will improve survival rates.

Heart disease, meanwhile, is the silent, unsexy killer. For whatever reason, it hasn’t gotten the traction that breast cancer has, which leaves millions of women unaware that they’re at risk. These women can’t identify the warning signs that would lead them to seek medical treatment, and they don’t know that resources are available to help them with prevention, screening, and care. One in four women dies from heart disease, making it the leading cause of death in women. This isn’t a case of disease Olympics — cancer and heart disease don’t have to duke it out — but it’s clear that we need to be improving education on the subject.

There are two issues that are compounding the disparities on access to heart disease prevention, screening, and treatment for women. The first is that many people think of heart disease as something that primarily happens to men, and that includes the medical establishment. Because the focus is on men, many people are familiar with the symptoms of myocardial infarction and other heart problems in men, but they don’t know what to look for in women. Women don’t necessarily experience stereotypical chest pains — they develop shortness of breath, fatigue, minor chest pain that may come and go, nausea, anxiety, stomach or back pain, and cold sweats. But because they’re not looking for heart problems, they don’t realise what’s happening, and if they go to the hospital, they won’t necessarily be accurately diagnosed.

The second is a really profound problem: Heart disease is a much more significant problem among women of colour than in white women, but women of colour are much less likely to be aware of the issue, and they’re much more likely to die as a result. Nearly 50 percent of Black women has some form of heart disease, and around one third of Latinas develop heart disease over the course of their lives. Despite the grim statistics surrounding women of colour, the medical system undertreats them, as it does for many other health issues, and they pay a high price for it.

Research exploring the racial disparities in heart disease rates suggests that there are a number of factors. One is family history, with a genetic predisposition for high blood pressure and other cardiovascular problems being common in communities of colour. Environmental racism also plays a role, as women of colour are more likely to live in unhealthy communities, which contributes to heart problems — for example, they tend to statistically be less physically active, and one reason why is that many don’t have a safe location to exercise. There are also higher rates of diabetes in many communities of colour, again reflecting complex sociocultural factors, and diabetes can contribute to the development of heart disease when it’s not well managed.

Despite the stats on heart disease, it’s not just women who are slow to understand the risks and advocate for help. Clinicians are also sluggish, and tend not to look for warning signs when they evaluate patients, especially women of colour. Tactics like angiograms, which are effective for diagnosing men, don’t work as well on women because heart disease acts differently on their bodies. Clinicians have to develop familiarity with the distinctive signs of heart disease in women so they can provide patients with adequate care.

It’s not as though there aren’t awareness campaigns on heart disease. It’s that they aren’t effective. Campaigners might want to study what’s worked for breast cancer education (and what hasn’t) to learn more about how to tailor their outreach more effectively. There’s no reason for this many women to be dying of conditions that are potentially preventable or at least manageable, and the racial disparities in access to preventative care, screening, and treatment are unconscionable.

The fight for better breast cancer care was brought about by ferocious patients, who advocated for themselves and others to improve the medical system. Unfortunately, heart disease patients are dying before they’re even aware that they’re ill in an alarming number of cases, which makes it a tad hard to drive a movement. Health advocates working in communities of colour have actually been pushing hard on heart disease with little traction, thanks to their low public profile, and we need to be shoring up their efforts, boosting the signal, and dragging this issue into the limelight, because no woman, of any race, should ever die of a preventable or treatable disease.

The awareness campaign is led by the Heart Failure Patient Council of the Global Heart Hub. The Heart Failure Patient Council is an alliance of patient organisations from across the globe, working with heart failure patients and their carers. A priority of the council is to raise awareness of heart failure, promote public and healthcare education and advocate for policy action in an insufficiently recognised and increasingly burdensome disease area.

The goal of the annual awareness day on February 22 is to increase recognition of the specific risks and symptoms of heart valve disease, improve detection and treatment, and ultimately save lives. While heart valve disease can be disabling and deadly, available treatments can save lives, making education and awareness particularly important.

On World Heart Day, 1000s around the world united to spread awareness of heart health. Find out more about the #UseHeart campaign.

‘Heart for a heart’

#29DaysOfHeart is WomenHeart’s annual social media campaign to raise awareness about heart disease in African-American women. Black History Month and Heart Month both occur in February and we want the opportunity to celebrate both! #29DaysOfHeart uplifts the voices of Black women. It also shines a spotlight on the disproportionate impact of heart disease among African-American women, and therefore the need to raise awareness about risk factors and heart healthy living.

A Decade of Lost Ground in the Awareness of Heart Disease Symptoms in Women: A Call to Action

This concerning marked decline in awareness of heart disease as the LCOD especially in racial/ethnic minorities despite decades of educational and advocacy interventions, should spark a new conversation around providing culturally sensitive care and education particularly to those from the most vulnerable of socio-economic backgrounds.

Even With Heart Disease Awareness on the Rise, Prevention Remains Critically Important for American Women

It Saves Lives. It Can Save Money. So Why Aren’t We Spending More on Public Health?

Funding for health campaigns is surprisingly low when you consider they’re often so valuable that they pay for themselves.

I’ve been thinking a lot about awareness-raising lately because of a bombshell report from the 2019 American Heart Association National Survey released this month. Among other completely demoralizing findings, this report found that women’s awareness of their most common heart attack risks and symptoms has significantly declined from a prior survey done 10 years earlier. How is that even possible? .

‘My Heart, Your Heart’, Who’s Looking After Yours?

... while we recognize the heart shape as a symbol of romantic love and affection the world over, we are less aware of the risks to our heart and how to read early warning signs in ourselves and in others.

Half of Americans have heart disease, but there are easy ways to reduce your risk

Heart Disease Strikes Back Across the U.S., Even in Healthy Places

Heart disease used to be an ailment of the rich. But it’s now striking the world’s poor.

Heart disease is responsible for a third of all global deaths, and most of them are in the developing world.

Greater awareness and advances in detection and treatment have dramatically decreased breast cancer deaths over the past few decades, Bairey Merz explains. But heart disease now claims the life of 1 in every 4 women. Many women with heart disease could benefit from effective treatment, including aspirin, statins, beta blockers and the like, says Dr. Laxmi Mehta, a cardiologist at the Ohio State Wexner Medical Center. But they can be helped only if they are diagnosed.

Should Coke Talk About Heart Health?

Soft drink makers increasingly are being accused of contributing to the nation’s obesity epidemic. Now a consumer advocacy group is questioning whether Coca-Cola should be allowed to sponsor a national heart health campaign.

It’s time for activists and organizations to adopt a more strategic approach to public interest communications.

Heart disease represents yet another failure of awareness campaigns

Did you know that heart disease kills ten times more women than breast cancer? Maybe you do, in which case, go you! But a lot of people do not, because breast cancer awareness and advocacy has sucked up a lot of the attention when it comes to health education for women in the United States.