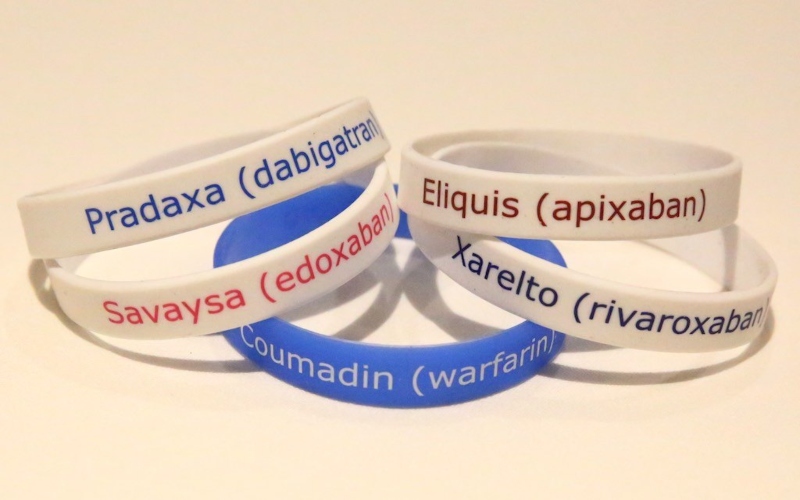 DOACs Part 1: Use and Misuse

As we get better at picking up thromboembolic disease, and the indications for Direct Oral Anticoagulants (DOACs) widen, we’re faced with increasingly complex decisions about when to start these medications, how to start them, when to stop them and how to manage bleeding associated with them. There’s a lot that we need to know about these drugs to minimize the risk of thromboembolism in our patients while at the same time minimizing their risk of bleeding.

Are the new blood thinners better than warfarin (Coumadin)?

DOACs have advantages over warfarin: they don't require regular blood tests, involve no food restrictions, and have fewer drug interactions. But, a major downside is cost, which is more than 20 times that of warfarin.

We are increasingly using DOACs as a first choice for anticoagulation in afib. We are also giving many patients the option to switch from warfarin to DOACs if they are already on warfarin. In general, this change can be made easily. The only patients with afib who should stay on warfarin rather than using a DOAC are those with a mechanical artificial heart valve.

The most important principle to remember in the management of hemodynamically unstable patients who are bleeding and taking DOACs is that reversing or withholding a DOAC does not stop bleeding, but rather, returns the patient to an un-anticoagulated state. It is therefore imperative that resuscitative measures to stop the bleeding are taken as a priority over reversing the DOAC.

New oral anticoagulants: which one should my patient use?

The new oral anticoagulants are rapidly replacing warfarin for several indications. In contrast to warfarin, which lowers the functional levels of all of the vitamin K-dependent clotting factors, the new agents target either factor Xa or thrombin.

For over 50 years, warfarin was the only anticoagulant available in pill form, but now the DOACs offer more choices for patients who need to take an anticoagulant medication. The four DOACs currently available in the United States are dabigatran, rivaroxaban, apixaban, and edoxaban.

Direct oral anticoagulants versus warfarin: is new always better than the old?

Two strategies have emerged to improve the clinical utility of preventive anticoagulation: (a) the development of a new class of anticoagulants, known as the direct-acting oral anticoagulants (DOACs), including dabigatran, rivaroxaban, apixaban and edoxaban; and (b) better optimisation of warfarin use by understanding the common genetic variation in drug response and by making INR testing and dose adjustment more convenient with self-testing devices.

Use of direct oral anticoagulants in daily practice

This review addresses the practical considerations for physicians in DOAC use, including indication, dosage, monitoring, pharmacokinetic profile, drug-drug interaction, and reversal of direct anticoagulation effects in case of bleeding.

Low doses of the drug marketed as Xarelto from Janssen Pharmaceuticals were found more effective than aspirin—although the drug also is much more expensive.

Antiphospholipid Syndrome: Can the New Oral Blood Thinners Be Used?

It is not known at this point whether DOACs are equally, more or less effective as/than warfarin in patients with APS. Data from clinical trials directly comparing DOACs with warfarin are not yet available. Given the absence of data, no formal recommendations or guidelines exist on this topic. It is an individualized decision between a physician and patient with APS whether to use warfarin or a DOAC for the treatment of DVT or PE.

Apixaban (Eliquis} should be considered as the preferred anticoagulant option -due to a better benefit-risk balance and a minor cost influence- followed by dabigatran, warfarin and rivaroxaban.

Along with more effective medications, guidelines include an improved risk factor calculator and increased use of ablation.

For millions of heart patients, a pair of new blood thinners have been heralded as the first replacements in 60 years for warfarin, a pill whose hardships and risks have deterred many from using the stroke-prevention medicine. But growing complaints of risks and deaths tied to the new crop of drugs have made some top U.S. cardiologists hesitant to prescribe them. Some are proposing a more rigorous monitoring regimen for when they are used.

There was a lot of interest in the introduction of NOACs for the prevention and treatment of thrombosis. These novel agents include dabigatran (Pradaxa) approved by the U.S. Food and Drug Administration (FDA) in 2010, rivaroxaban (Xarelto) cleared in 2011, apixaban (Eliquis) cleared in 2012 and edoxaban (Savaysa) approved in 2015. Dabigatran is a direct thrombin inhibitor. Rivaroxaban, apixaban and edoxaban are all factor Xa inhibitors.

The blood clot preventer Eliquis, sold by Pfizer Inc and Bristol-Myers Squibb Co, proved as effective as widely used warfarin in treating a dangerous condition known as venous thromboembolism and caused far less bleeding, according to data from a large clinical trial.

The wait is over for an antidote to stop rare uncontrolled bleeding linked to some newer blood thinners. The FDA approved andexanet alfa (AndexXa) on May 3, 2018. It's the first and only antidote to reverse bleeding in people taking apixaban (Eliquis), rivaroxaban (Xarelto), or edoxaban (Savaysa). Another newer blood thinner — dabigatran (Pradaxa) — already has an approved antidote called idarucizumab (Praxbind).

New oral anticoagulants (NOACs) are an alternative for vitamin K antagonists (VKAs) to prevent stroke in patients with non-valvular atrial fibrillation (AF). Unlike VKAs, these anticoagulants do not require routine INR monitoring and possess favorable pharmacological properties. The lack of an effective antidote, their cost, or reservations in patients with kidney disease may explain their slow rate of expansion. Safe and effective use of these new drugs will depend on clinical experience amongst the medical community. This review discusses the current NOACs, providing practical and easy-to-use algorithms for application in the clinical routine.

DOACs Part 1: Use and Misuse

The first thing to know about DOAC dosing is that dosages are different for venous thromboembolism than for atrial fibrillation. Dosing for venous thromboembolism is fixed as opposed to atrial fibrillation where it is adjusted based on renal function, weight and age. Apixiban 10mg po bid for 1 week followed by 5mg po bid or Rivaroxiban 15mg po bid for 3 weeks followed by 20mg once daily.

ELIQUIS (apixaban) is a prescription medicine used to reduce the risk of stroke and blood clots in people who have atrial fibrillation (AFib), a type of irregular heartbeat, not caused by a heart valve problem.

PRADAXA is used to: •reduce risk of stroke and blood clots in patients with atrial fibrillation (AFib) not caused by a heart valve problem •treat blood clots in the veins of your legs (deep vein thrombosis, or DVT) or lungs (pulmonary embolism, or PE) and reduce the risk of them occurring again.

SAVAYSA is a prescription medicine used to reduce the risk of stroke and blood clots in people who have atrial fibrillation (AFib) not caused by a heart valve problem. Based on how well your kidneys work, SAVAYSA may not be a treatment option for you. Your doctor should check your kidney function before starting treatment.

XARELTO® is a prescription anticoagulant, or blood-thinning medication, proven to: •reduce the risk of stroke in people with Atrial Fibrillation (AFib), an irregular heartbeat, not caused by a heart valve problem •treat and help prevent deep vein thrombosis (DVT) and pulmonary embolism (PE), blood clots in deep veins (such as the legs) and in the lungs •reduce the risk of blood clots following hip or knee replacement surgery.

PRAXBIND is a specific reversal agent for PRADAXA, with no impact on the effect of other anticoagulant or antithrombotic therapies. PRADAXA can be re-initiated after 24 hours following PRAXBIND administration.