Where in health am I? : Home / Health Cloud / Challenges / Lung

Winning is the most important thing in my life, after breathing. Breathing first, winning next - George Steinbrenner 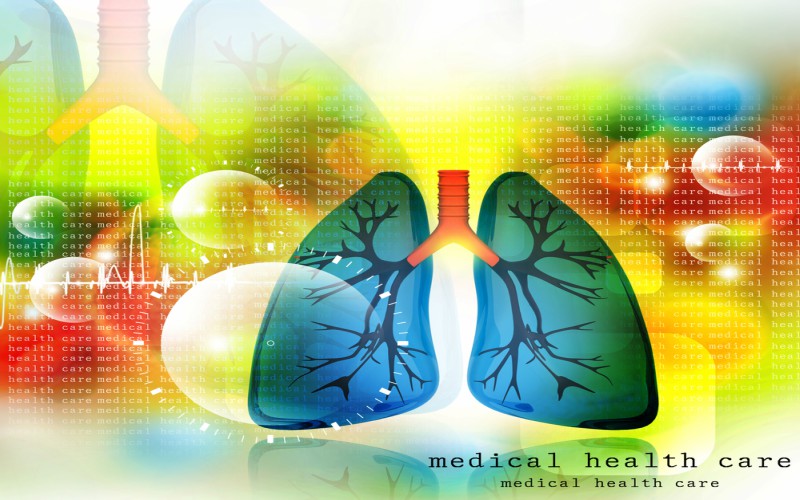 No doubt you’ve heard of lung diseases like tuberculosis and cystic fibrosis, but did you know how damaging they can be to your body? These diseases are among five of the most deadly lung problems you can develop...

Tuberculosis is a bacterial infection most often found in the lungs, but it can also be found in the lymphatic system and other vital organs. TB bacteria cause death of tissue in body organs they infect.

Most people who are exposed to TB never develop symptoms because the bacteria can live in an inactive form in the body — a condition known as latent TB. But if the immune system weakens, TB bacteria can become active, transitioning disease to actual TB. Active TB disease can be fatal if left untreated.

Symptoms: The symptoms of TB can vary depending on where it’s located in the body. The Centers for Disease Control and Prevention lists the following as common symptoms:

Once you have TB, you will always have it. It will flare up when your body is undergoing any kind of stress. By having the disease closely monitored by a doctor, patients can often keep the more serious symptoms at bay.

A person with pulmonary hypertension has abnormally high blood pressure in  the arteries of the lungs. The condition makes the right side of the person's heart work harder than normal to push the blood through, and this will also cause heart failure.

Symptoms: Pulmonary hypertension symptoms can include the following, according to WebMD:

Treatment: This is another lung disease that has a very low survival rate. Doctors often prescribe blood vessel dilator medications to treat the disease. Patients can also be subject to surgeries such as atrial septostomy or a lung transplant.

Cystic fibrosis is a genetic disease that affects the glands that produce mucus and sweat. The condition causes mucus to become thick and sticky in the  lungs. As the mucus builds up, it can block airways and create a more formidable environment for bacteria growth.

CF will also prevent necessary digestive enzymes from reaching your intestines. The body needs these enzymes to digest nutrients in food that you eat, so most people with CF are also malnourished.

Symptoms: The Cystic Fibrosis Foundation’s website states that people with CF can have a variety of symptoms, including:

Treatment: CF is a deadly disease for which there is no known cure.  Many people with the disease do not survive past 30 years of age. Treatment used by doctors is mainly supportive — such as respiratory treatments, medications and nutrition support.

ARDS occurs when fluid builds up in tiny, elastic air sacs in your lungs.  More fluid in your lungs means less oxygen will reach your bloodstream, depriving your organs of the oxygen they need to function.

ARDS typically occurs in people who are already critically ill or who have  significant injuries. It will usually develop within a few hours to a few days after the original disease or trauma.

Symptoms: As outlined by the Mayo Clinic, symptoms of ARDS include:

Treatment: There is no cure for ARDS, and the main treatment is supportive care of the patient until the inflammatory process goes away. This could take days or weeks.

The disease is very unpredictable. Many people who develop ARDS don't  survive, and the risk of death increases with age and severity. Of those who survive, some recover completely while others experience lasting damage to their  lungs and body.

Lung cancer starts when abnormal cells grow out of control in the lungs. This  disease and smoking often go hand in hand, but recent studies have documented an increasing number of cases in non-smokers, particularly women.

Symptoms: What makes lung cancer so deadly is it initially doesn’t  have any signs or symptoms. As lung cancer stages advance, the symptoms may include coughing, wheezing, shortness of breath and bloody mucus.

Treatment: As with other cancers, lung cancer can be treated with  chemotherapy, radiation and surgical removal of a tumor. Still, the survival rate for this cancer is low.

One thing to remember when dealing with any lung disease or disorder: when the lungs are affected, the heart will also be affected. Likewise, if you have heart disease, you will also have lung problems. They are two organs that work hand in hand.

Source: Suzanne Carlile, 5 deadly lung diseases and the damage they can do, KSI.com, June 3, 2013.

The severity of the disease among miners at the Virginia clinics “knocked us back on our heels,” said David J. Blackley, an epidemiologist at the National Institute for Occupational Safety and Health, who led the research published in the Journal of the American Medical Association. It was equally troubling, he said, that nearly a quarter of the miners with complicated black lung disease had been on the job fewer than 20 years.

"We assume that because cigarettes are so bad for you, anything that [isn’t] cigarettes must be great.”

Explainer: what is silicosis and why is this old lung disease making a comeback?

Silicosis is a group of occupational lung diseases caused by breathing in silica dust. It has been described since ancient times, when miners and stone cutters were exposed to dust containing this crystalline mineral. Australia is seeing the re-emergence of diseases like silicosis and coal worker’s lung (also known as black lung) that were previously believed to have disappeared. So, workers, employers, doctors, public health officials, and legislators need to work together to prevent more cases of these deadly, but preventable, lung diseases.

How to Beat Asthma

The common lung disease debilitates millions of Americans and costs the country billions of dollars, but some very new—and very old—methods are emerging in fighting it.

Shortness of breath can arise from a bewildering number of conditions, complicating diagnosis and treatment.

Will Microwave Popcorn Ruin My Lungs?

The steam that fills up the paper bag? Don’t huff it.

Lung diseases kill one in 10 Europeans, with greatest risk in Britain

Conditions including lung cancer, chronic obstructive pulmonary disease (COPD), pneumonia and tuberculosis will account for one in every five deaths worldwide by 2030, the World Health Organisation estimates. The ERS said that the burden of the disease fell heaviest in Europe’s wealthier nations — strongly indicating that historically high smoking rates in better-off societies are taking their toll.

Some e-cigarettes contain chemicals that cause

This week, new research from the Harvard School of Public Health suggests that the flavorings in some types of e-cigarettes contain chemicals that have been linked to a rare disease called "popcorn lung." There are a lot of questions about what the health risks actually are — and what this means for e-cigarettes more broadly. Here's what we know (and don't know).

It’s also a massive global problem. In 2012, 6 percent of all mortality worldwide was attributed to COPD—equivalent to more than three million deaths.

Why Do Healthy Non-Smokers Get Lung Cancer?

The latest research on why "anyone with lungs is at risk," and what's being done about it.

5 deadly lung diseases and the damage they can do

No doubt you’ve heard of lung diseases like tuberculosis and cystic fibrosis, but did you know how damaging they can be to your body? These diseases are among five of the most deadly lung problems you can develop.

We are a non-profit foundation dedicated to providing help to those with chronic respiratory disease through education, research, and information.

Breathing Matters is the Centre for Respiratory Research fund, and is part of UCLH Charity (Reg No 229771). It has been set up to raise awareness and to work with patients to help find a cure for Interstitial Lung Diseases such as Pulmonary Fibrosis and other Respiratory Infections such as Bronchiectasis and Pneumonia.

Propeller is the leading mobile platform for respiratory health management. Through sensors, mobile apps and services, Propeller helps reduce the cost of care while delivering better quality of life for individuals with chronic respiratory disease.

Since 1988 The Pulmonary Paper has provided education and support to those who live with COPD (Chronic Obstructive Lung Disease), Asthma, Pulmonary Fibrosis and other chronic lung diseases.

The Alpha-1 Foundation is committed to finding a cure for Alpha-1 Antitrypsin Deficiency and to improving the lives of people affected by Alpha-1 worldwide.

The use of asbestos has hurt thousands of individuals and their families, so we’ve made it our mission to meet their needs. That’s why we provide free information, resources and personal assistance to anyone affected by mesothelioma and asbestos exposure.

LUNGevity Foundation is firmly committed to making an immediate impact on increasing quality-of-life and survivorship of people with lung cancer by accelerating research into early detection and more effective treatments, as well as providing community, support and education for all those affected by the disease.

The American Lung Association is the leading organization working to save lives by improving lung health and preventing lung disease through Education, Advocacy and Research.

The British Lung Foundation is here for everyone affected by lung disease, whatever their condition. From rarer conditions such as sarcoidosis, to conditions that affect millions of people, such as COPD, we provide trust worthy and up-to-date information on more than 40 types of lung disease.

The COPD Foundation was established to undertake initiatives that result in expanded services for COPD and improve the lives of individuals affected by COPD. The Foundation’s activities focus on achieving these results through research, education and advocacy programs that will lead to prevention, and someday, a cure for this disease.

Thank you for visiting the European Federation of Allergy and Airways Diseases Patients’ Associations (EFA) website. There are millions of people in Europe with asthma, allergy and Chronic Obstructive Pulmonary Disease (COPD). We work to support them by sharing information about their conditions and by advocating on their behalf in parliament.

GOLD works with health care professionals and public health officials to raise awareness of Chronic Obstructive Pulmonary Disease (COPD) and to improve prevention and treatment of this lung disease for patients around the world.

The NEF’s mission is to improve the quality of life of patients with emphysema and their caregivers by providing and supporting educational, advocacy and research initiatives to the medical community and the general public. The NEF is dedicated to working to reduce the suffering and the toll emphysema is taking on innumerable sufferers in this country and abroad.

NHLBI leads a national program in the causes, diagnosis, treatment, and prevention of diseases of the heart, blood vessels, lungs, and blood; in sleep disorders; and in the uses of blood and blood resources. The Institute is responsible for research on three of the four leading causes of death in the United States-heart disease, stroke, and chronic obstructive pulmonary disease.

Being a member of PHA is your first step to taking action in the fight against PH. Members of PHA are supporting expanded research and education, building awareness of PH and public support, and changing the history of this illness.