Where in health am I? : Home / Health Cloud / Challenges / Lung / ARDS

Learn from yesterday, live for today, hope for tomorrow. The important thing is not to stop questioning - Albert Einstein 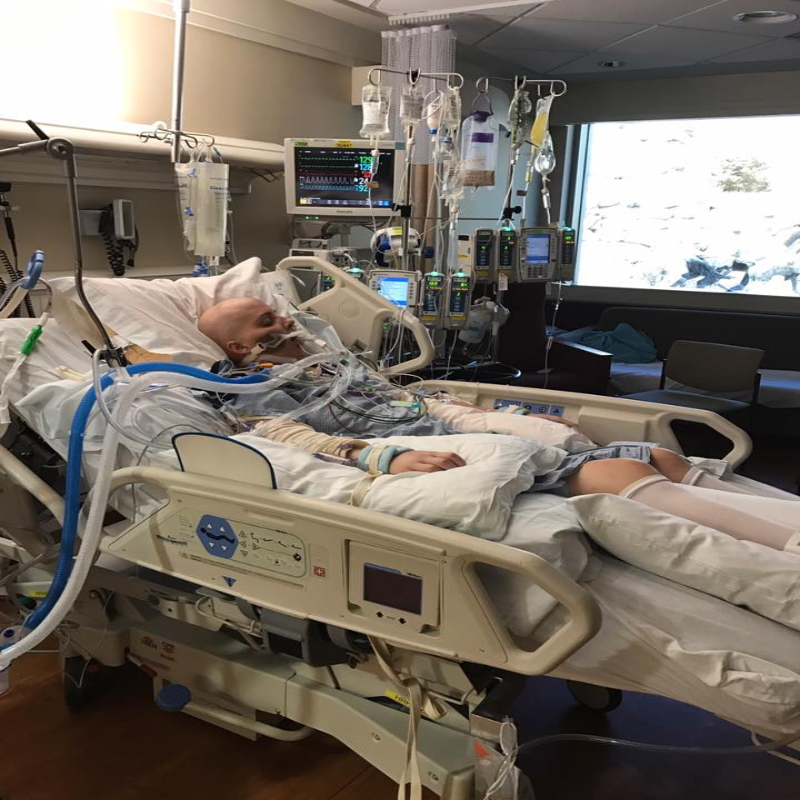 It doesn't take a whole lot to stop the tiny air sacs in your lungs from doing their jobs -- trauma, a nasty case of pneumonia or sepsis could lead to what's called Acute Respiratory Distress Syndrome, a situation in which your blood doesn't get all the oxygen it should.

ARDS can be tricky to treat even on a good day, but that's where the big brains at the University of Michigan come in. Researchers there have cooked up a way to model how liquid medication surges and diffuses throughout the lungs, and breathed new life into a treatment that others had all but given up on in the process.

You see, babies are occasionally born with a similar problem: their lungs can't oxygenate blood properly because they don't have enough of a certain chemical (a "surfactant") to keep those air sacs from collapsing. Thankfully, physicians can help those newborn lungs do their thing by pumping them up with that very same surfactant. Surely that same approach would work for adults with the same problem, right? Well, not quite; our full-grown lungs are much bigger, and other attempts to treat ARDS with medicine haven't been very successful.

The computer model cooked up by those researchers in Michigan, though, reveal that the chemical concoctions used in previous trials were too concentrated and couldn't penetrate deep enough into the lungs' air cavities to keep them from closing up. The one time the chemical trial did work (all the way back in 1997), the team involved used a much more diluted solution and found greater success at the same time. No one had pieced together that part of the puzzle until now, and doctors might be able to save a few more lives thanks to a sensational simulation.

When the Body Fails, Tech Takes Over

The left ventricular assist device (LVAD) has gone from being a bridge to a heart transplant to a long-term therapy option. An LVAD helps the heart pump blood to the rest of the body, thereby taking a lot of stress off of the heart.

It’s been 11 years since I survived a condition so severe that doctors had given up hope for me, and encouraged my family to “make arrangements”. And in light of my recent health struggles, I felt that it was important to document my memories of how I cheated death. And since I’m a blogger, I share my story with you here.

But if the infection is so severe that it overwhelms the immune response, or if the patient is unable to restore the blood-vessel barrier, fluid moves out of the blood vessels and begins pouring into the tissue. This "leakiness" is what can make pneumonia turn into acute respiratory distress syndrome (ARDS). ARDS, by my estimate, affects hundreds of thousands of people each year worldwide.

The first computer model that predicts the flow of liquid medication in human lungs is providing new insight into the treatment of acute respiratory distress syndrome.

In two meta-analyses and one previous observational study, prone positioning was associated with improved survival for patients with severely hypoxemic acute respiratory distress syndrome (ARDS). However, the findings in these studies were in contradistinction to previously conducted randomized trials.

The acute respiratory distress syndrome (ARDS) was defined in 1994 by the American-European Consensus Conference (AECC); since then, issues regarding the reliability and validity of this definition have emerged. Using a consensus process, a panel of experts convened in 2011 (an initiative of the European Society of Intensive Care Medicine endorsed by the American Thoracic Society and the Society of Critical Care Medicine) developed the Berlin Definition, focusing on feasibility, reliability, validity, and objective evaluation of its performance.

It doesn't take a whole lot to stop the tiny air sacs in your lungs from doing their jobs -- trauma, a nasty case of pneumonia or sepsis could lead to what's called Acute Respiratory Distress Syndrome, a situation in which your blood doesn't get all the oxygen it should. ARDS can be tricky to treat even on a good day...

The following is a compilation of various related entries about ARDS taken from a variety of sites including but not limited to the ARDSNet, Medscape, Pubmed, PubmedHealth UpToDate.com, Wikipedia website.

It should be mentioned here that no medicine has proven to reduce length of stay on a ventilator for ARDS patients, so the best strategy is to focus on low pressures and high peep strategy...

It can be difficult to diagnose ARDS in people who have underlying medical problems that cause similar symptoms. Pneumonia can share many of the same symptoms as ARDS and may progress to ARDS.