There ain’t no cure for it. It’s just like a cancer. It just keeps eating - Michael Flip Wilson 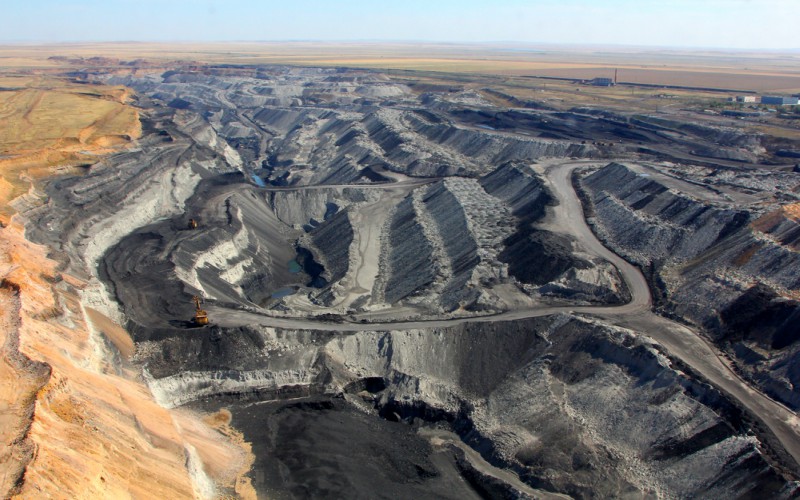 If coal is clean, why's it still causing black lung?

Despite a recent spike in black lung diagnoses, U.S. Mine Safety and Health Administration chief Richard Stickler recently announced he was too busy "to tackle respirable dust." Stickler's apathy is nothing new to coal miners and their families--until an aggressive grassroots campaign and a tragic accident attracted national media in 1968, most politicians and coal operators denied that black lung ever existed. Some…

Black lung, a chronic disease caused by breathing in coal mine dust, declined precipitously between the early 1970s and late 1990s, following new health and safety rules put in place by the 1969 Coal Act. The legislation for the first time established airborne dust limits in coal mines and set up a health monitoring program for working miners, offering free chest x-rays every five years. But by 2000, black lung was on the rise again.

Explainer: what is silicosis and why is this old lung disease making a comeback?

Silicosis is a group of occupational lung diseases caused by breathing in silica dust. It has been described since ancient times, when miners and stone cutters were exposed to dust containing this crystalline mineral. Australia is seeing the re-emergence of diseases like silicosis and coal worker’s lung (also known as black lung) that were previously believed to have disappeared. So, workers, employers, doctors, public health officials, and legislators need to work together to prevent more cases of these deadly, but preventable, lung diseases.

You probably realize that inhaling coal dust would be bad for you. But for the people who spend long shifts working in mines to extract the stuff, it’s a tangible occupational hazard. Even with protective gear and federal regulations on dust exposures, tiny particles of dust can enter miners' lungs, causing a plethora of respiratory diseases.

Why Black Lung Disease Is Deadlier Than Ever Before

Even more worrisome, the disease is striking miners earlier and in a more deadly form than ever before. Though experts are still working out the causes for the rise in disease, many believe it is a combination of both longer hours on the job and new methods of rock extraction.

The regulation that took more than four decades to finalize

The White House has finally finished the silica rule—45 years after the process began.

A Deadly Disease That Strikes Coal Miners Has Returned in Australia

Claustrophobia never bothered Keith Stoddart as he sheared coal from the wall of a long, narrow and dusty tunnel hundreds of meters underground in northeastern Australia. Now, racked by a progressive, deadly lung disease, the 68-year-old gets panicked by pangs of shortness of breath. His illness had been absent since the mid 1980s in Australia, the world’s top coal-exporting country.

Across Appalachia, coal miners are suffering from the most serious form of the deadly mining disease black lung in numbers more than 10 times what federal regulators report, an NPR investigation has found.

An End to Black Lung Disease: How Close Are We?

Pneumoconiosis, more commonly known as Black Lung Disease, is a devastating illness that can afflict anyone exposed to coal and crystalline silica dust. This includes not only coal miners or workers who load coal for storage; workers in graphite mines or mills, and in carbon electrodes and carbon black manufacturing operations are at risk due to coal dust inhalation.

China is grappling with a surge in black lung, which is attributable to decades of coal-fired development. China, the world's second-largest economy and top coal consumer, is just starting to address the problem.

Scholars may never understand the energy source's full economic cost, but that doesn't make its damage any less knowable.

Coal: New Film Shows How Bad It Is For Your Health

As detailed by the Centers for Disease Control and Prevention (CDC), numerous studies have shown the major health problems that coal workers face, such as debilitating and potentially deadly lung diseases (e.g., Black Lung, otherwise known more formally as Coal Workers’ Pneumoconiosis, silicosis and chronic obstructive pulmonary disease). But what is especially striking about the film is how broad the health impact of coal is...and not just in coal country.

Three signal flares went up for the American coal industry recently, all illuminating an inescapable conclusion: Despite President Trump’s campaign promise, coal-fired power is in trouble and in all likelihood won’t be reasserting itself in the United States. Nor should it.

There's a resource curse on the Navajo Nation. The 27,000-square-mile reservation straddling parts of Arizona, New Mexico, and Utah has an extremely high abundance of many energy resources — particularly coal. That coal is what's burned to provide much of the Southwest with electricity, and it creates jobs for the Navajo. But the mining and burning have also caused environmental degradation, serious health issues, and displacement.

The New Face of Black Lung

The disease’s resurgence represents a failure to deliver on a 40-year-old pledge to miners in which few are blameless, an investigation by the Center for Public Integrity and NPR has found. The system for monitoring dust levels is tailor-made for cheating, and mining companies haven’t been shy about doing so.

The War On Coal Miners: How Companies Hide The Threat Of Black Lung From Watchdogs And Work

Cheating on dust samples has been something of an open secret in the coal industry for years, a fact acknowledged by MSHA. Industry watchdogs suspect that some mines often operate with dust levels above the 2.0 milligram level, let alone the new, lower threshold of 1.5. But it’s likely certain operators have avoided fines by submitting unreliable samples.

The visually lyrical and heartbreaking film, which won the Mead’s prestigious award this year for best in show, follows three miners both below and above the ground, and documents the price that they and their families have paid for their participation in what is arguably the world’s deadliest profession.

Tens of thousands of workers suffer and die from toxic chemicals, fumes, and dusts each year. And the government’s system to protect them is tragically broken.

If coal is clean, why's it still causing black lung?

Despite a recent spike in black lung diagnoses, U.S. Mine Safety and Health Administration chief Richard Stickler recently announced he was too busy "to tackle respirable dust." Stickler's apathy is nothing new to coal miners and their families--until an aggressive grassroots campaign and a tragic accident attracted national media in 1968, most politicians and coal operators denied that black lung ever existed. Some doctors on the payroll of the coal companies even claimed that coal mining cured TB. In truth, the medical community had been aware of black lung disease since the 1830s.

The black lung and respiratory disease clinics in our coalition have highly trained staff who are experts in the diagnosis, treatment, and rehabilitation of patients with lung disease from coal mine dust exposure, as well as other occupational exposures.

The goal of our program is to provide the highest level of medical expertise in medical surveillance, screening, diagnosis, treatment and medical legal services to providers, clinics, advocacy organizations and governmental agencies whose main goal is to care for coal miners.

The mandate of this site is very simple: To debunk the myth of "clean coal." "Coal is Dirty and its affiliate site Coal is Clean are a joint project managed by DeSmog, Rainforest Action Network and Greenpeace USA.

Devil in the Dust

Devil in the Dust is published by Appalachian Citizens' Law Center, a nonprofit law firm that fights for justice in the coalfields by representing coal miners and their families on issues of black lung and mine safety.