Where in health am I? : Home / Health Cloud / Challenges / Lung & Health / Pulmonary Embolism

It is a potentially serious condition with significant morbidity and mortality, and it often presents insidiously. So we think about it. And we look hard for it. And this is good - Daniel Horner MD 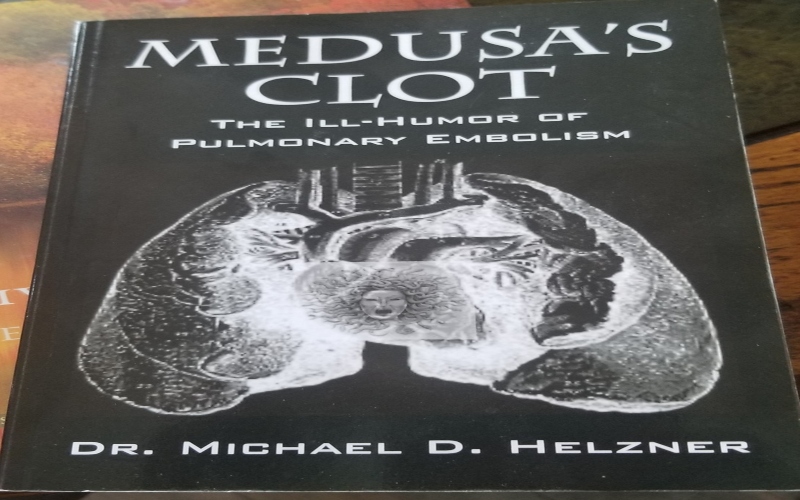 Pulmonary embolism is America's least known serial killer and the monster keeps getting away with it, time and time again. It murders with dismaying regularity, often smoothly and with sophistry. The melancholy truth is that approximately 75% of people are in the dark regarding it. It doesn't matter what race you are, what gender you are, what age you are. It is blind to your religion and socio-economic status and deaf to your worldviews. Tall, short, sedentary or active this monster is politically correct as to its choice of victims. Neither Republican nor Democrat has a majority. It could care less.

Saddle up: All about Pulmonary Emboli

Sometimes in the ED you just need to saddle up and face adversity... John Wayne said something once to the effect of “Saddling up requires one to always think of PE”. We cannot find the reference but read it on Buzzfeed so it must be true. PE always seems to be on the differential. Its ever-elusive, dropping people dead at will, and we’re left rolling the dice with D-dimer. Let's review PE, its classic presentations, how to diagnose, treat, and disposition.

Somehow, a man coughed up an intact blood clot shaped like a lung passage.

After an emergency C-section, Williams encountered what is an often fatal complication: Blood clots. She also had to fight to be taken seriously...

What NuvaRing Didn't Tell Me Almost Killed Me

In ONE day and in less than two months of being on birth control, I was in the ER with extremely low levels of O2 that I had to placed on oxygen to be able to breathe.

She walked towards the wheelchair that was going to take her to the nursery, and suddenly didn’t feel well. “I feel lightheaded,” she complained. Moments later, at age 30, Liz was dead. The cause was a pulmonary embolism—a blood clot that travelled from her leg to her lungs, and killed her instantaneously.

Before and Now – One Year After my Pulmonary Embolism

Because I will never be the same. And that is not an easy thing to deal with – for anyone, no matter who you are. This changes you. I don’t think you can avoid it.

When I boarded a red eye from New York to London recently, all I wanted to do was tune into a podcast and then fall asleep. But as I dozed off during taxiing, I suddenly remembered—my socks! But that said, the best practice remains: Stay hydrated in-flight, walk around as often as you can, and don’t drink too much alcohol, which can dehydrate you further.

Collected here are the stories of those living with Thrombophilia. Click on the links below to read personal stories about coping with these conditions.

The role of thrombolytic therapy for the treatment of pulmonary embolism has been unclear, as it has been difficult to measure the precise balance between enhanced clot-dissolving efficacy and greater bleeding risk produced by thrombolysis when compared with conventional anticoagulation.

The risk of blood clots with oral contraception is better known and understood today than it was two decades ago, but women interested in taking the pill may not know the precise numbers of the risk for each hormone option. A new study of more than 50,000 women in England clarifies that risk for seven different progestogen hormones and finds the newer pills to carry approximately double the risk of blood clots as the older pills.

“I think everything is a P.E.” he told me, noting that he’d done research on pulmonary embolism. “What’s going to fool you the most? What’s the worst thing this could be in a healthy guy with something funny going on in his chest?”

“Television watching is likely to be uninterrupted,” said the lead author, Dr. Toru Shirakawa of Osaka University, and prolonged sitting increases the risk for embolism. “Take a break, stand up, walk around. Drinking water is also important.”

IT IS ONE OF THE TOP 10 KILLERS OF AMERICANS annually and yet when you Google the Top Ten Causes of Deaths in the United States, it is AWOL. A minimum of 50,000 people will die every year from it and that figure is probably 50% optimistic. The silent assassin is measured in millimeters and yet it has killed 250 pound athletes made of solid muscle and sinew. It is inexpressibly cruel as it continues to be one of the United States largest health care headaches.

A pulmonary embolism (PE) is a blood clot in the lung. It usually comes from smaller vessels in the leg, pelvis, arms, or heart. When a clot forms in the legs or arms, it is referred to as a deep venous thrombosis (DVT).

A pulmonary embolism (PULL-mun-ary EM-bo-lizm), or PE, is a sudden blockage in a lung artery, usually due to a blood clot that traveled to the lung from a vein in the leg. A clot that forms in one part of the body and travels in the bloodstream to another part of the body is called an embolus.

The symptoms of a pulmonary embolism can sometimes be difficult to recognise because they can vary between individuals. However, the main symptoms include: •chest pain – a sharp, stabbing pain that may be worse when you breathe in •shortness of breath – this can come on suddenly or develop gradually •coughing – this is usually dry, but may include coughing up blood or mucus that contains blood •feeling faint, dizzy or passing out.

PE usually happens due to an underlying blood clot in the leg - deep vein thrombosis (DVT). Prompt treatment is important and can be life-saving. Pregnancy, various medical conditions and medicines, immobility and major surgery all increase the risk of a PE. Anticoagulation, initially with heparin and then warfarin, is the usual treatment for PE.

Pulmonary embolism (PE) refers to embolic occlusion of the pulmonary arterial system. The majority of cases result from thrombotic occlusion and therefore the condition is frequently termed pulmonary thrombo-embolism.

The type of clot that is likely to cause a pulmonary embolism usually originates in the veins deep in your muscles. This condition is called deep vein thrombosis (DVT). DVT usually occurs in your leg or pelvic veins; although less commonly it can also sometimes occur in your arm veins.

The #1 prescribed novel oral anticoagulant in the US.