Where in health am I? : Home / Health Cloud / Challenges / Pain / Pain Killers 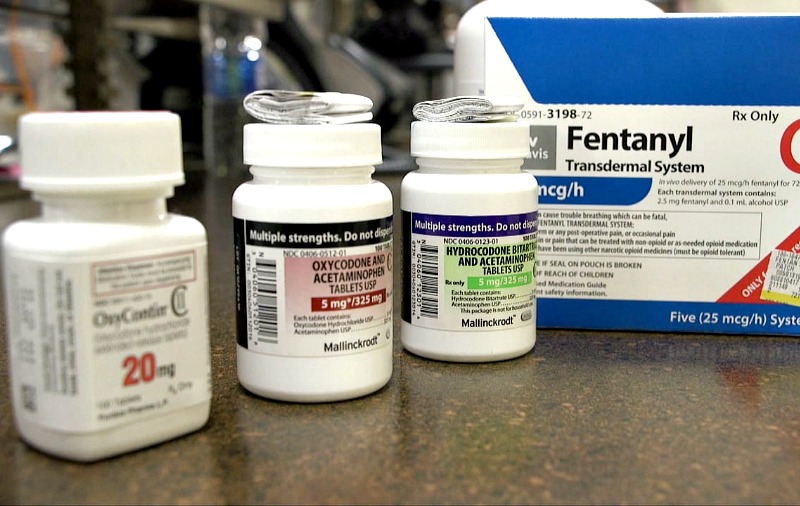 Drug abuse is perceived as a lifestyle of the young.  But prescription drug addiction in the older population is real and has already reached epidemic proportions.  On top of this deaths annually from prescription drugs continue to rise surpassing deaths from motor vehicle accidents.

As many as 17% of adults age 60 and over abuse prescription drugs.and  it has been estimated that the number…

Finally, proof: opioids are no better than other medications for some chronic pain

A first-of-its-kind study compared opioids to non-opioid drugs in patients with persistent back pain or hip or knee osteoarthritis. Its results are devastating.

Pain isn’t just physical: why many are using painkillers for emotional relief

People who use painkillers for non-medical reasons redefine pain according to colloquial uses of the word. They often justify their use as being a form of self-medication for legitimate conditions such as depression, anxiety and stress.

Should you take Tylenol, Advil, or aspirin for pain? Here's what the evidence says.

For ongoing (or chronic) pain — a sore lower back, say, or the kind of degenerative arthritis that typically develops with age — ibuprofen still outperforms acetaminophen.

Painkillers - The Drugging of Generation Rx

Prescription drugs bring relief from illness and pain BUT they come with a price...drug dependence and even death. Can we turn it around?

Rub on pain products – what you need to know

Help comes in the form of a new Cochrane overview review that draws together all the current evidence. The overview pulled together results from 13 Cochrane reviews, with 206 individual trials and around 30,700 participants, to assess the benefits and harms of a range of topical (applied to the skin) painkillers for a range of conditions.

A Better Way to Approach Pain, and America's Pain-Pill Epidemic

How did we get here? The pain-relieving properties of opium have been known for thousands of years, but because of its dangerous side effects and addictive properties, it has generally been reserved for more severe forms of acute pain. This changed in the mid-'90s when doctors became more lax about prescribing opioids over a longer period of time.

A body of research suggests yes, but scientists are having to fight red tape to study whether medical marijuana could substitute for opioid drugs.

Could your attempts to cope with common headaches, sore knees or backache be putting you at risk for heart attack, stroke and liver disease? Recent research suggests that both ibuprofen and acetominophen -- the two most popular over-the-counter painkillers -- carry some potentially and even deadly risks.

How Bad is the Opioid Epidemic?

The opioid epidemic has been called the worst drug crisis in American history. Death rates now rival those of AIDS during the 1990s, and with overdoses from heroin and other opioids now killing more than 27,000 people a year, the crisis has led to urgent calls for action. The epidemic didn’t happen overnight.

How do you treat pain when most of the world's population can't get opioids?

In the United States, where doctors write more than 250 million prescriptions for painkillers a year, the frequency of abuse and overdose represents a public health crisis. More than 15,000 Americans died from an overdose of prescription opioids in 2013.

The next time you decide to gulp down a few of those nonprescription drugs know this: all pain relievers — whether sold by prescription or over-the-counter — can pose risks.

Pain Medications: Are You Asking the Right Questions?

When it comes to medication choices and decisions, try adopting the perspective that your body is a very special place and you want to be real clear that what you are putting into it is going to help you go in the direction that you want both in the short term and for the years ahead

The Heart Perils of Pain Relievers

Occasional use of Nsaids is not likely to lead to cardiovascular consequences. But an authoritative and ambitious new analysis that included data from over 600 trials, including detailed case histories of more than 350,000 patients, concludes that people who take high doses of Nsaids daily increase their cardiovascular risk by as much as a third, compared with those taking a placebo. The one exception is naproxen, which may actually have a protective effect against heart attacks.

As a pain management specialist, I field various questions about pain medications. What does the new NSAID warning mean? Is it OK to drink alcohol while I’m on Tylenol? Is OxyContin safe to take long-term? Well, I’m glad you asked.

Why different painkillers are only effective for certain types of pain

f you want to effectively control your pain, you will need to match your medication to its type and severity.

11 things you should know about common pain relievers

The two main categories of commonly used pain relievers are acetaminophen and nonsteroidal anti-inflammatory drugs (NSAIDs), which include aspirin and drugs known as COX-2 inhibitors. Many are available over the counter; some are available by prescription only.

We, as clinicians, are uniquely positioned to turn the tide on the opioid epidemic - U.S. Surgeon General Vivek Murthy.