Where in health am I? : Home / Health Cloud / Challenges / Pain / Pain Killers / Acetaminophen

If it entered the market today, it probably would not be approved as an over-the-counter drug - Jennifer Yang 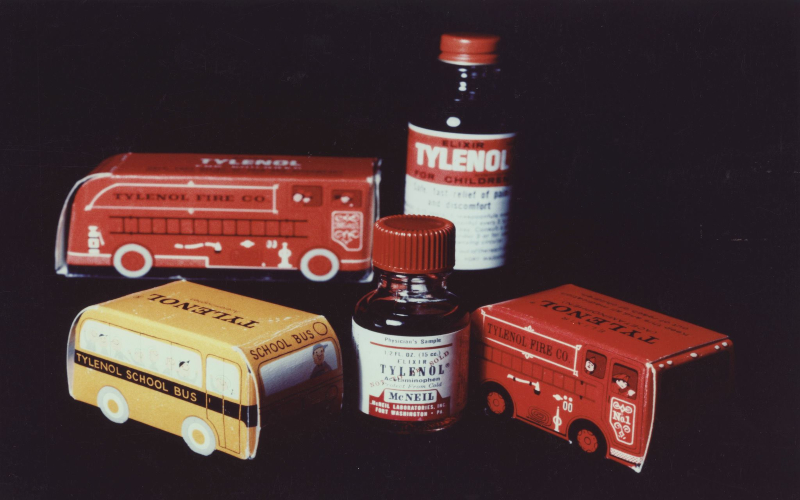 When a headache, back pain or other complaint strikes, many people believe Advil, Tylenol and other over-the-counter analgesics are pretty much interchangeable. Far from it. These medications are each at their best when taken for certain ailments, in part because they work differently in the body and can have different side effects.

Got a headache? Tylenol, or its generic version acetaminophen, might be your best bet since it comes with fewer side effects, many experts say. Inflamed elbow? Advil, whose active ingredient is ibuprofen, is likely to bring greater relief. And if you’re trying to bring down a fever, either medication will probably work, although some studies have found…

Acetaminophen is in more than 600 prescription and over-the-counter medicines. When used as directed it’s safe and effective, but taking too much can lead to liver damage. Do you know your dose?

This Common Painkiller Does Some Interesting Things To Your Mind

As an over-the-counter pain reliever, it's fairly effective at treating pain. But in 2010, a study came out that showing that this medicine-cabinet staple could be influencing us in other ways, too: Acetaminophen was not only able to blunt physical pain, but social pain and rejection too.

Ibuprofen vs Acetaminophen: When Should You Use One Over The Other?

As for what bottle you should grab off the drug shelf? Well, provided you’re not suffering from any sort of specific allergies or underlying kidney complications, the ibuprofen will likely give you the best bang for your buck.

Is Tylenol 'By Far The Most Dangerous Drug Ever Made?'

How can there be 50,000 emergency room visits and 25,000 hospitalizations, yet only 450 deaths per year? This is because, when treated in time, irreversible liver damage from an acute overdose of acetaminophen can be prevented. There is an antidote called N-acetylcysteine. But the danger of the drug is not only from acute doses.

Should you take Tylenol, Advil, or aspirin for pain? Here's what the evidence says

For ongoing (or chronic) pain — a sore lower back, say, or the kind of degenerative arthritis that typically develops with age — ibuprofen still outperforms acetaminophen.

YOU’VE got a terrible headache. Niggling knee pain. An aching back. What do you reach for? Chances are that you’ll open your medicine cabinet and grab some paracetamol. Half an hour or so later, you’ll feel a lot better. Or will you?

A Trusted Pill Turned Deadly. How Tylenol Made a Comeback.

How do companies regain public trust after something goes seriously wrong? We looked at how Tylenol responded after someone inexplicably spiked its pills with poison in the 1980s.

Acetaminophen: How Much Is Too Much?

The problem then and now is that the amount of acetaminophen in each dose of the dozens of pain relievers and cold and allergy meds on the market vary widely, and in surprising ways.

Tylenol isn’t addictive like narcotics, and the kids don’t take it to get high, which lends it an air of benignity and social acceptance not otherwise afforded to many pain medications. When people overdose on pills like Vicodin or Percocet, though, which contain acetaminophen, it’s that component that often does the most damage.

Do Acetaminophen’s Risks Outweigh the Benefits?

The drug has been around for so long it’s accepted as useful. But it shouldn’t be.

FDA Restricts Acetaminophen in Some Products

Federal health regulators are restricting the amount of acetaminophen in prescription painkillers such as Vicodin and Percocet because of concerns that acetaminophen overdoses are linked to thousands of cases of liver damage in recent years.

Many over-the-counter and prescription drugs contain potentially harmful levels of acetaminophen — the active ingredient in Tylenol and other painkillers. The FDA is now warning people against taking prescription drugs that include more than 325 milligrams of acetaminophen per pill — and it's a good idea to stop taking the over-the-counter drugs that contain this much, too.

Taking Acetaminophen While Pregnant Linked To ADHD In Kids

Acetaminophen, the active ingredient in medications including Tylenol and Excedrin, is the most commonly used over-the-counter pain and fever reliever during pregnancy. Now, research suggests it might increase the risk of attention deficit hyperactivity disorder-like problems in children.

The dark side of acetaminophen

If it entered the market today, it probably would not be approved as an over-the-counter drug.

Trial Records: Doctors Recommended Tylenol — But Only at Lower Doses

Marketing for Tylenol did not convey doctors’ concerns about its risks.

What's Tylenol Doing to Our Minds?

The same pathways that help with physical pain seem to moderate existential distress.

What’s the Most Dangerous Over-the-Counter Drug?

The popular medications are each at their best when taken for certain ailments.

150 Americans Die Each Year from Tylenol's Most Active Ingredient

Tylenol can kill, and McNeil, the Johnson & Johnson-owned company that distributes it, has done startlingly little to protect its consumers over the decades.