Where in health am I? : Home / Health Cloud / Challenges / Pain / Pain Killers / NSAIDs

I’m not going to stop using these medications, but there has to be a good reason to use them - Sanjay Kaul MD 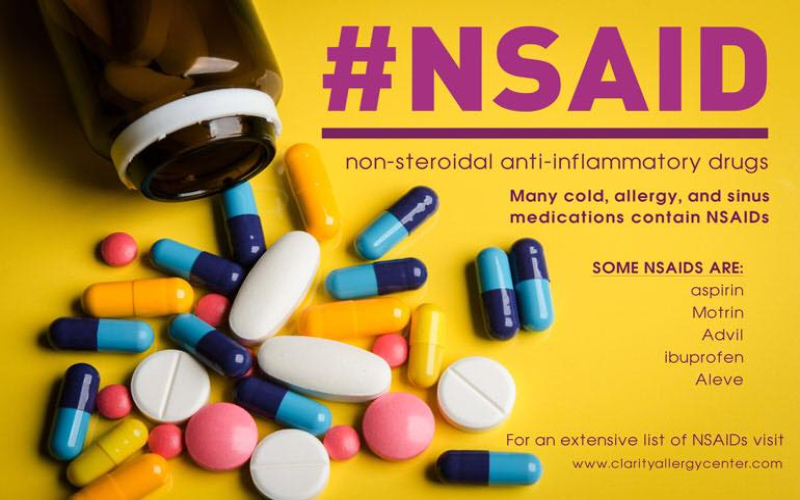 image by: Project Health and Wellness

I have known patients to pop ibuprofen (Advil, Motrin) or naproxen (Aleve) like candy. These nonsteroidal anti-inflammatory drugs (NSAIDs) can relieve many types of pain, from headaches and pinched nerves to muscle, back, and knee pain. Sold both over the counter (OTC) and by prescription, they are widely used and readily available — but they are not harmless.

Most people know about the potential for NSAIDs to cause gastrointestinal bleeding or stomach problems. But the U.S. Food and Drug Administration (FDA) recently strengthened another warning about non-aspirin…

Is Fracture Healing Impaired by NSAIDs?

The evidence isn’t slam-dunk in either direction on whether using NSAIDs impedes the fracture healing process. There aren’t many randomized control trials to explore causation (versus association) of NSAID use with fracture healing outcome.

NSAIDs Part 1: Which one is best?

Despite their daily use for decades, NSAIDs remain sorely misunderstood. I know they’re not a panacea, and they have some serious side effects in certain populations. But for healthy patients without co-morbidities, they are pretty awesome painkillers, with no addictive potential (that I’m aware of).

With regards to ketorolac, this double blind RCT from Staquet in 1989 compared 10 mg, 30 mg and 90 mg IM ketorolac with placebo in 128 patients with cancer pain. Again, no difference was found between the 3 ketorolac dosing regimens, with all being much superior to placebo. Other similar studies have been done and show 10 mg is probably the ceiling dose of ketorolac both orally and parenterally.

While all NSAIDs are created equal with regards to analgesia, this is not the case for their side effect profiles. Some NSAIDs are definitely more toxic than others.

The Heart Perils of Pain Relievers

Occasional use of Nsaids is not likely to lead to cardiovascular consequences. But an authoritative and ambitious new analysis that included data from over 600 trials, including detailed case histories of more than 350,000 patients, concludes that people who take high doses of Nsaids daily increase their cardiovascular risk by as much as a third, compared with those taking a placebo. The one exception is naproxen, which may actually have a protective effect against heart attacks.

The popular medications are each at their best when taken for certain ailments.

The agency said it would ask drug manufacturers to change the labels to reflect new evidence that the drugs increased the risk of heart attack and stroke soon after patients first started taking them, and that while the risk was higher for people with heart disease, it surfaced even for people who had never had heart problems.

You’ve got a pounding headache from listening to the neighbor kid practicing his drums, or your back’s killing you from being a weekend warrior. You reach for that bottle of ibuprofen and hope it will provide relief. But be careful: those seemingly harmless over-the-counter pills you grab for your pain actually could create greater health issues for you.

Topical anti-inflammatory medications show similar efficacy to oral drugs in clinical trials, and studies show comparatively small amounts of the medication gets into the bloodstream. Some scientists say it is logical that a lower exposure will result in lower risk, but so far a safety benefit hasn’t been proven.

Most people know about the potential for NSAIDs to cause gastrointestinal bleeding or stomach problems. But the U.S. Food and Drug Administration (FDA) recently strengthened another warning about non-aspirin NSAIDs. They advise that this type of drug “does,” rather than “may,” increase the chance of a heart attack or stroke.

5 Steps to Heal a Leaky Gut Caused By Ibuprofen

NSAIDs can damage your gut lining, causing a condition responsible for a whole range of ailments, from allergies to autoimmune disease. It’s called leaky gut.

The Alliance for Rational Use of NSAIDs is a public health coalition dedicated to educating people about the safe and appropriate use of nonsteroidal anti-inflammatory drugs (NSAIDs).

Like all medications, there's a risk of side effects from NSAIDs. These tend to be more common if you're taking high doses for a long time, or you're elderly or in poor general health. Over-the-counter NSAIDs generally have fewer side effects than stronger prescription medicines.