Where in health am I? : Home / Health Cloud / Challenges / Stroke / Conditions / Intracerebral Bleed 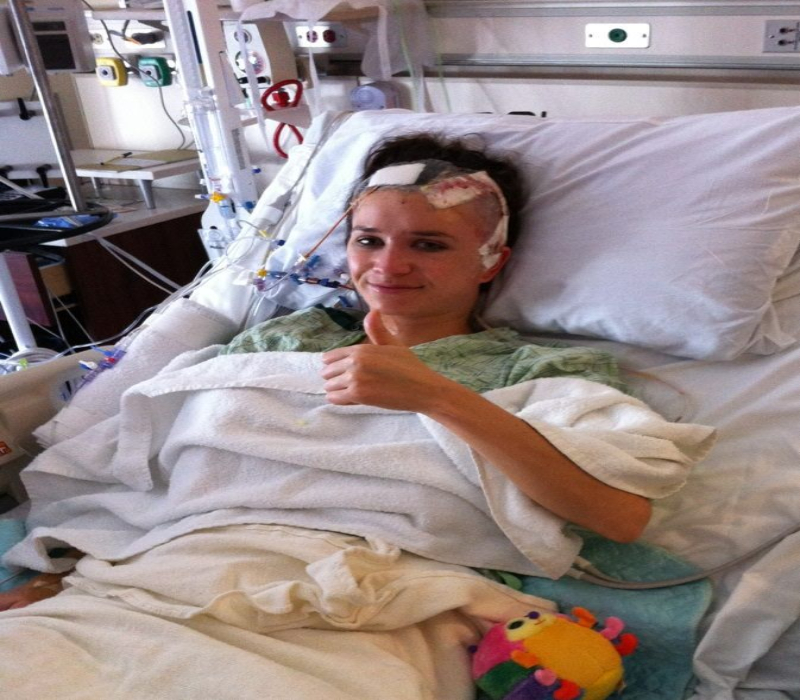 image by: Arteriovenous Malformation - The 411 on AVMs

A recent patient of mine, 48-year-old "Joe" (not his real name), was eating with his family at an Italian restaurant. Suddenly, he stood up, cursed, and collapsed. They brought him to the hospital, and he could not talk, move, or do anything we asked him to do.

It turned out that Joe had suffered the second-most common, but deadliest, form of stroke: intracerebral hemorrhage.

When people hear "stroke," they typically think of the more prevalent type of brain attack, an ischemic stroke, where a clot lodges in an artery, blocking blood flow to the brain and starving it of oxygen.

Intracerebral hemorrhage, on the other hand, is spontaneous bleeding in the brain, usually due to chronic high blood pressure or other conditions that weaken the walls of the brain's tiny blood vessels, causing them to rupture. As the blood pools, pressure builds up, compressing nearby brain tissue.

The brain is the "computer" that runs the body, controlling your ability to move, lift your arms, walk, and talk. When the part of your brain that corresponds to one of those functions is injured, either by bleeding or by a clot that starves it of oxygen, then that part stops working, and your body cannot function normally.

Both types of stroke can result in an inability to move an arm or leg, slurred speech, difficulty talking, and drooping in the face. The biggest difference is that bleeding in the brain is typically associated with a sudden, severe headache--often described as the worst headache of your life--while the blockage of an artery is not. Such warning signs should never be ignored. People with these symptoms should go directly to their primary-care doctor or emergency room for immediate evaluation.

When a patient with these types of neurologic symptoms seeks care, it is critical to obtain a CT scan right away to find out whether the cause is a typical stroke or bleeding in the brain, because initial treatments differ drastically. For an ischemic stroke, patients are given a clot-busting drug, which increases the risk of bleeding in the brain. The approach is opposite for an intracerebral hemorrhage, when we do everything we can to prevent continuous bleeding, like taking the patient off any blood-thinning medication.

Intracerebral hemorrhage is a devastating disease. Some studies estimate that up to half of patients do not survive the first month. More than half of those who do survive need continuous care or assistance with daily living a year later. That is why it is crucial to try to avoid having an intracerebral hemorrhage in the first place. The number-one preventive strategy is maintaining good blood pressure control: Adopt a heart-healthy lifestyle, partner with your doctor to keep an eye on your blood pressure, and follow his or her recommendations if it is high.

Should you suffer an intracerebral hemorrhage, it is important when possible to go to a health care facility that specializes in treating the disease. Most of these centers employ supportive care to get patients through the acute illness. This includes ensuring that the patient has enough oxygen, monitoring pressure in the brain, correcting any bleeding problems, and giving medication to keep blood pressure controlled and prevent further bleeding.

To help patients who suffer this life-altering type of stroke, promising clinical research efforts are going in two primary directions. The first approach uses minimally invasive surgery to create a small hole in the skull and, with computer guidance, place a thin catheter into the hemorrhage to drain the blood and remove the clot that eventually develops. The second is more drastic. In a trial now under way in Europe, doctors remove half the skull to relieve pressure on the brain and allow it to recover. Once the swelling subsides completely, which may take several weeks, the bones are put back or reconstructed.

After an intracerebral hemorrhage, patients often need temporary breathing and feeding tubes while they recover. Once patients are stabilized, the next step is rehabilitation, in which they go through weeks or months of relearning to use the injured areas of brain. It is encouraging that when the illness is well managed in its early, acute stage, impressive long-term recoveries are possible with rehab.

Thankfully, this was the case with my patient Joe. We were able to use one of the new minimally invasive approaches to remove the hemorrhage and relieve pressure on his brain. He was weak and sick, but quickly improved while still in the hospital and was able to communicate, do things his family asked, and talk some, although his speech was very slurred. A Neil Diamond fan, he even sang "Sweet Caroline" with his family at his bedside. Now, after about six months of recovery and rehabilitation, Joe is doing great--walking, talking, and making an outstanding recovery.

Intracerebral haemorrhage (ICH) is the most devastating and disabling type of stroke. Uncontrolled hypertension (HTN) is the most common cause of spontaneous ICH. Recent advances in neuroimaging, organised stroke care, dedicated Neuro-ICUs, medical and surgical management have improved the management of ICH. Early airway protection, control of malignant HTN, urgent reversal of coagulopathy and surgical intervention may increase the chance of survival for patients with severe ICH. Intensive lowering of systolic blood pressure to <140 mm Hg is proven safe by two recent randomised trials.

The Diagnosis I Never Expected: A Young Stroke Survivor’s Story

The only consensus was that I had a right-sided intracerebral hemorrhage in the basal ganglia (structures deep within the brain, a common location for bleeding, although not in someone my age), which resulted in left-sided weakness. It looked like your classic brain hemorrhage caused by high blood pressure, or so I was told. There was only one problem: I was a healthy 28-year-old man with no history of high blood pressure. My blood pressure was not even high the night of the stroke when the paramedics evaluated me.

In conclusion, this large trial demonstrated that tranexamic acid in acute ICH is safe and associated with a minimal reduction in the extent of bleeding, without a significant impact on ICH outcome.

Update on the ED Management of Intracranial Hemorrhage: Not All Head Bleeds Are the Same

If a hemorrhagic stroke could happen to me, with both low cholesterol and blood pressure, no diabetes, and a non-smoker, it could happen to anyone. Or is it an aneurysm? Now I know! And even more. Here's 10 questions about brain bleeds. Write down your answers and compare them with the real answers below. Let me know how you did. 100%? In your dreams! (But maybe). Good luck.

Intracerebral hemorrhage (ICH) represents 10—15% of all cerebrovascular events, and is associated with substantial morbidity and mortality. In contrast to ischemic cerebrovascular disease in which acute therapies have proven beneficial, ICH remains a more elusive condition to treat, and no surgical procedure has proven to be beneficial.

The arteriovenous (AV) malformation consists of a congenital abnormality of anomalous, dilated capillaries that result in shunting of blood from the arterial to venous side. AV malformations are by far the most common of the cerebrovascular malformations.

Intracerebral Hemorrhage – What Is It?

For the families of intracerebral hemorrhage victims, this scenario will sound familiar, almost like a dramatic scene from a TV movie

Intracerebral Hemorrhage: The 'Other' Stroke

The aetiology, demographics, treatment and prognosis vary widely depending on the type of haemorrhage...