The penis is anatomically complicated: Half is in the body, half is outside; it doesn't just stick to the skin - Dr. Andrew Kramer 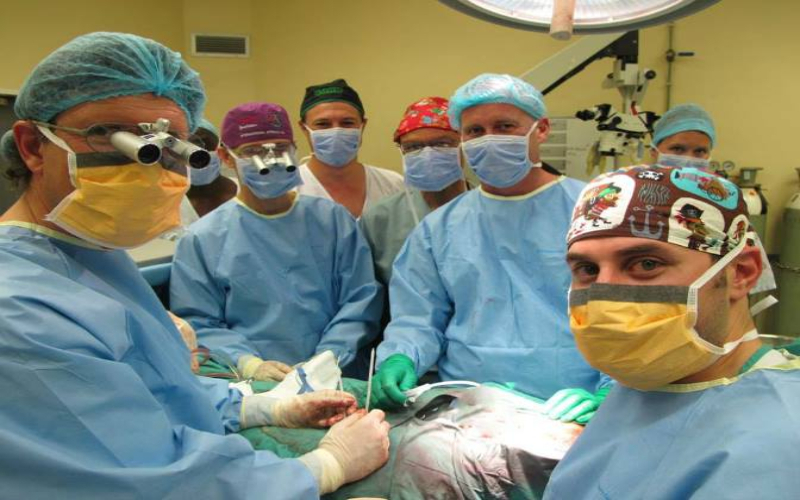 image by: The Scientist

The Penis Transplant Is Not A Breakthrough Yet

The news of the first penile transplantation washed across Twitter feeds this morning and the usual casually assertive statements were made. One of the surgeons involved in the operation even trumpeted the results as "a massive breakthrough" in a press release from his institution.

Allow me to deflate the party somewhat on this "breakthrough." As described, the surgeons sewed very small nerves and vessels together. This is done every day, in every hospital in the US (think vasectomy reversal). There is nothing surgically novel about sewing two ends of a urethra together or really small blood vessels either for that matter (remember that John Wayne Bobbitt's severed penis was sewn back…

The current techniques for organ transplantation are being pushed to new limits. With the advent of well-established concepts of vascularized composite allotransplantation (ie, face and limbs), the idea of penile transplantation has recently come to the forefront of genitourinary reconstruction.

This Is How a Wounded Veteran Got a Penis Transplant

A young military veteran who lost his genitals and both of his legs when a bomb exploded in Afghanistan received a transplanted penis and scrotum last month in the first procedure of its kind. The 14-hour surgery, performed at Johns Hopkins Hospital in Baltimore, Maryland, was the first total penis and scrotum transplant in the world. The man, who wishes to remain anonymous, is expected to be released from the hospital this week.

This Is the Story of America's First Penis Transplant

When it comes to vital organs, the known risks of transplants are outweighed by the benefits; a patient will die without, say, a functioning heart. But a missing hand, a mangled face, or an amputated penis won't end a person's life. So doctors need to consider that the patient will endure an arduous surgery with a not-insignificant risk of failure that, if successful, will require a lifelong course of kidney-damaging immunosuppressants. What's more, transplanted organs are also not as durable as the originals.

How Does A Penis Transplant Work?

Unlike other organ donations—which are meant to save lives—penis transplants are considered cosmetic and therefore optional. The donor, in addition to the usual transplant requirements like matching blood type, must also possess the same skin tone, and have been within five or 10 years of age of the recipient. Only then can the surgery proceed.

The Complicated Ethics Of Penis Transplants

But, as with most new medical procedures, it doesn’t come without questions of ethics — or in this case, of sexual and gender identity.

The first US penis transplant is part of a new wave of transplants to improve, but not save, lives

A successful penis transplant means the organ can work for urination, sexual activities, and potentially, fertility. "In talking to a lot of veterans, they care more about reproduction and sex than urination," Caplan said. But it's not clear if all future penis-transplant recipients will be able to reproduce. "A partially working kidney may keep you alive — but a partially working penis may not be satisfactory to anybody."

"The penis is anatomically complicated: Half is in the body, half is outside; it doesn't just stick to the skin," Kramer said. And, unlike with other organs — for example, a transplanted kidney — the ultimate appearance of a transplanted penis is important for the operation to be considered a success, Kramer said.

The surgery is experimental, part of a research program with the ultimate goal of helping combat veterans with severe pelvic injuries, as well as cancer patients and accident victims.

Everything You'll Ever Need to Know About Penis Transplants

The first successful penis transplant took place in 2014, but where are we now?

The timing could hardly have been worse. Just when an organ became available for the first-ever penis transplant in the United States, almost every last urologist in the country was at a conference in San Diego, Calif.

Any man will tell you that his penis is no ordinary organ, and a transplant surgeon will agree. Unlike a lung or a liver, penises are made up of multiple types of tissue: skin, muscles, nerves, and erectile chambers. Each is one more opportunity for the host’s body to reject a transplant.

The Penis Transplant Is Not A Breakthrough Yet

Transplanting the penis was the easy part. Taking care of it will be the really hard part. Transplant patients need constant blood work, medication changes, biopsies, and exams (remember the first hand transplant patient refused to take his meds - and his hand was removed).