Where in health am I? : Home / Health Cloud / Challenges / Trauma / Accidents / MVAs 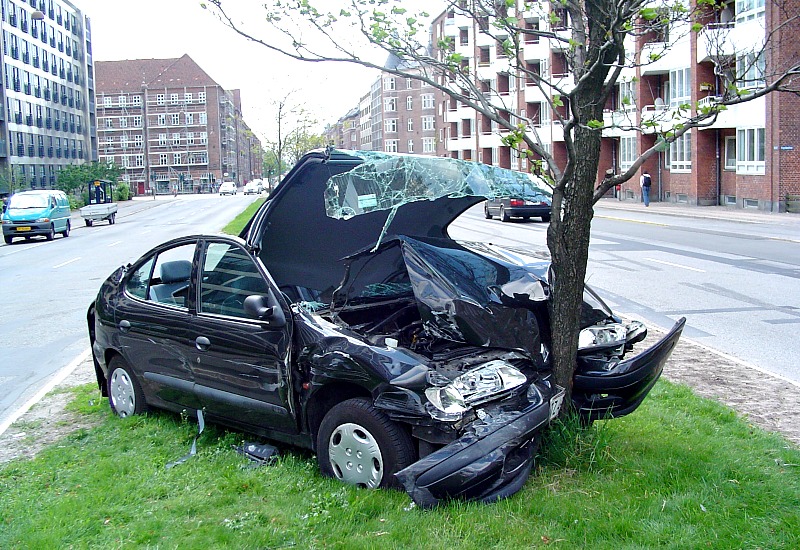 If driverless cars deliver on their promise to eliminate the vast majority of fatal traffic accidents, the technology will rank among the most transformative public-health initiatives in human history. But how many lives, realistically, will be saved?

By the end of this century, there’s good reason to believe that tens of millions of  traffic fatalities will be prevented around the world.

This is not merely theoretical. There’s already some precedent for change of this magnitude in the realms of car culture and automotive safety. In 1970, about 60,000 people died in traffic accidents in the United States. A dramatic shift toward safety—including required seat belts and ubiquitous airbags—helped vastly improve a person’s chance of surviving the American roadways in the decades that followed. By 2013, 32,719 people died in traffic crashes, a historic low.

Researchers estimate that driverless cars could, by midcentury, reduce traffic fatalities by up to 90 percent. Which means that, using the number of fatalities in 2013 as a baseline, self-driving cars could save 29,447 lives a year. In the United States alone, that's nearly 300,000 fatalities prevented over the course of a decade, and 1.5 million lives saved in a half-century. For context: Anti-smoking efforts saved 8 million lives in the United States over a 50-year period.

The life-saving estimates for driverless cars are on par with the efficacy of modern vaccines, which save 42,000 lives for each U.S. birth cohort, according to the Centers for Disease Control.

Globally, there are about 1.2 million traffic fatalities annually, according to the World Health Organization. Which means driverless cars are poised to save 10 million lives per decade—and 50 million lives around the world in half a century.

“By midcentury, the penetration of [autonomous vehicles] and other [advanced driver-assistance systems] could ultimately cause vehicle crashes in the United States to fall from second to ninth place in terms of their lethality ranking among accident types,” wrote Michele Bertoncello and Dominik Wee in a paper for the consulting firm, McKinsey & Company. Bertoncello and Wee further estimate that better road safety will save as much as $190 billion a year in health-care costs associated with accidents.

Of course, all this relies on widespread adoption of driverless cars, which is as much a cultural hurdle as a technological one. As Andrew Moore, the computer science dean at Carnegie Mellon recently told me, “No one is going to want to realize autonomous driving into the world until there’s proof that it’s much safer, like a factor of 100 safer, than having a human drive.”

And even then, there are complex questions to consider. People are still establishing frameworks for how to think about responsibility in a driverless world. Even with cars that are a factor of 100 safer than their manned predecessors, fatal accidents will happen.

Moore suggests the driverless car revolution will hit a snag—setting it back at least a few years—after the first high-profile fatalities. Others have made similar predictions. It may be during the transition to wider-spread driverless adoption that autonomous vehicles are least trusted and roads are most dangerous.

“During the transition period when conventional and self-driving vehicles would share the road, safety might actually worsen, at least for the conventional vehicles,” wrote Michael Sivak and Brandon Schoettle, transportation researchers at the University of Michigan, in a paper earlier this year.

After all, even a machine with a sterling driving record can’t account entirely for human error. Google’s fleet of self-driving cars has learned this lesson first hand. Its cars have driven in autonomous mode for more than 1 million miles since 2009. In all that time, they’ve been involved in 16 accidents through August—none of which were caused by the self-driving car.

All this suggests that, despite the growing pains ahead, the promise of driverless cars remains enormous—and within reach.

Source: Adrienne LaFrance, Self-Driving Cars Could Save 300,000 Lives Per Decade in America, The Atlantic, September 29, 2015.

Anatomy of a Car Crash

Let science show you how to skip your next roadway disaster.

A New Era for the Automobile

In long-awaited federal guidelines on self-driving cars, officials hint at a new kind of DMV.

Car Crashes Are on the Rise, and Warren Buffett Blames Texting

Trucks Are Getting More Dangerous And Drivers Are Falling Asleep At The Wheel. Thank Congress.

The inside story of how the trucking industry and politicians have conspired to make our highways less safe.

Since 2011, all American cars have also had electronic stability control, which detects skidding and then applies the brakes to individual wheels to stop the slide. Together, these two technologies cut fatal crashes by 15 percent in cars and 27 percent in light trucks and vans.

Self-Driving Cars Could Save 300,000 Lives Per Decade in America

Automation on the roads could be the great public-health achievement of the 21st century.

As automotive journalists, we at Edmunds.com tend to be a little more practiced on the road than the average driver. Not only is driving cars our job but we're required to go to high-performance driving school every year "for insurance purposes." So take it from us when we say we know a thing or two about how to avoid a car accident.

Before you drive, think about how wonderful life is, your loved ones (even if you’ve sorted your estate planning), your business and the other great dreams you still have to achieve in life. Be proactive by taking precaution and removing all forms of distractions that might hinder your focus along the way. Life is worth living!

With resolution A/RES/64/255 of 10 May 2010, the UN General Assembly proclaimed the period 2011–2020 as the Decade of Action for Road Safety, with a goal to stabilize and then reduce the forecast level of road traffic fatalities around the world by increasing activities conducted at the national, regional and global levels.

The people behind teendriversource.org are a team of researchers, educators, and communicators from the Center for Injury Research and Prevention at The Children's Hospital of Philadelphia Research Institute. This Teen Driver Safety Research team takes a multidisciplinary approach to study the causes of teen driver-related crashes and then provides research-based and evidence-informed information, tools, and other resources on this site to help prevent these crashes.