Where in health am I? : Home / Health Cloud / Challenges / Trauma / Terrorism

If we destroy human rights and rule of law in the response to terrorism, they have won - Joichi Ito 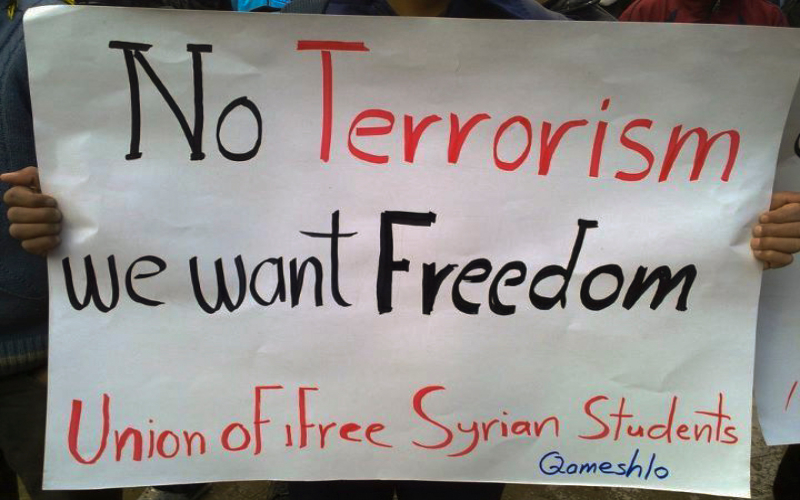 Terrorism Is Not as Simple as They Say

Perhaps no act in today's world is subject to more oversimplification than terrorism. Terroristic acts are designed to elicit a strong emotional response, and as such, people tend to eschew careful consideration in favor of reflexive reaction—which, ironically, often does more to perpetuate conditions that foment further terrorism.

As has become customary, the November 13 ISIL assault on multiple sites in Paris elicited the kind…

In COVID’s shadow, global terrorism goes quiet. But we have seen this before, and should be wary

Have we flattened the curve of global terrorism? In our COVID-19-obsessed news cycle stories about terrorism and terrorist attacks have largely disappeared. We now, though, understand a little more about how pandemics work. And ironically, long before the current pandemic, the language of epidemiology proved helpful in understanding by analogy the way in which terrorism works as a phenomenon that depends on social contact and exchange, and expands rapidly in an opportunistic fashion when defences are lowered.

Terrorist Targets: The Ten Countries Which Suffer Most From Terrorism

Conflict remains the primary driver of terrorism, according to the researchers, with over 95% of deaths from terrorism occurring in countries involved in a civil war or cross-border conflict or battling domestic militants – something that is true of all ten countries at the sharp end of the index.

A chilling visual history of the past 15 years of terrorism

The video's creator, Milan R. Vuckovic, used data from the University of Maryland's authoritative Global Terrorism Database to plot every terrorist attack that killed 21 or more people between the beginning of 2001 and this year (the 2015 data is gleaned from news reports and is less reliable).

A Potential Benefit to Memories of Terrorism

Amidst the horror there is altruism, which leaves a deep impression.

A “Distraught Person” Can Still Be a Terrorist

This isn’t to discount the role of radical ideologies in driving violence, and it certainly shouldn’t be used to stigmatize people dealing with trauma or mental health issues. But it’s important to understand that ideology can sometimes be just one of a number of factors motivating an act of terrorism. If someone is distraught it doesn’t mean they’re not also a terrorist.

It takes more than religious fanaticism or hatred to make someone take innocent lives, but recognise the true roots of ISIS-inspired terror and they can be addressed.

Our terrorism double standard: After Paris, let’s stop blaming Muslims and take a hard look at ourselves

We must mourn all victims. But until we look honestly at the violence we export, nothing will ever change

What people actually mean when they label an attack “terrorism”

But the debate over which acts should and shouldn't be labeled "terrorism" is nothing new. Historian J. Bowyer Bell once said: "Tell me what you think about terrorism, and I will tell you who you are."

Why There Should Never Be Another Columbus Day

By all historical accounts, Christopher Columbus was a father of genocide. So why does the United States still have a national holiday to honor him?

Terrorism Is Not as Simple as They Say

Terrorism has been a hot topic for throughout the 21st century. But most of that talk is hot air thick enough to obscure more than it clarifies.

Terrorism is a simple idea — intentionally targeting non-combatants to instill terror in a way that will accomplish political goals — that has had a profound impact on the world. But while we may think of terrorism today as something associated with wild-eyed religious radicals, in fact its history is much more complicated than that, and even the rise of what we now call jihadism is more complicated than you may think.

The fight against ISIS and global jihad is the long war. It may well be the greatest foreign policy challenge of this generation. Whether the spate of recent jihadi attacks, including those in Paris, prove to be a transformational moment or just another horrific twist in this long war remains to be seen.

The Critical Threats Project is an initiative of the American Enterprise Institute dedicated to tracking and analyzing key and emerging national security threats to the United States in order to inform the policy debate.

The Global Terrorism Database (GTD) is an open-source database including information on terrorist events around the world from 1970 through 2014 (with annual updates planned for the future). Unlike many other event databases, the GTD includes systematic data on domestic as well as international terrorist incidents that have occurred during this time period...

A global display of terrorism and other suspicious events.

CBRNE-Terrorism Newsletter is an on-line (open) source of information targeting First Responders around the world celebrating 10 years in the frontline of specialized information.

Covering the convergence of conflict, intelligence, and technology since 2002.

Center for a New American Security

The mission of the Center for a New American Security (CNAS) is to develop strong, pragmatic and principled national security and defense policies. Building on the expertise and experience of its staff and advisors, CNAS engages policymakers, experts and the public with innovative, fact-based research, ideas and analysis to shape and elevate the national security debate.

If You See Something, Say Something

It takes a community to protect a community. Informed, alert communities play a critical role in keeping our nation safe.

NSITE on Terrorism is the official blog of SITE Intelligence Group, focusing on all dimensions of extremism in the 21st century: jihadism, white supremacy movements, hacker threats, and everything in between. As these movements unfold, expand, and evolve, so will INSITE’s commentary and analysis.

PT seeks to provide a unique platform for established scholars as well as academics and professionals entering the field of Terrorism, Political Violence and Conflict Studies. It invites them to: •present their perspectives on the prevention of, and response to,terrorism and related forms of violent conflict; •submit to the journal accounts of evidence-based, empirical scientific research and analyses; •use the journal as a forum for debate and commentary on issues related to the above.

Working closely with a range of partners, we use our growing suite of investigative and intelligence capabilities to neutralize terrorist cells and operatives here in the U.S., to help dismantle extremist networks worldwide, and to cut off financing and other forms of support provided by terrorist sympathizers.

Why Jihad Watch? Because non-Muslims in the West, as well as in India, China, Russia, and the world over, are facing a concerted effort by Islamic jihadists, the motives and goals of whom are largely ignored by the Western media, to destroy their societies and impose Islamic law upon them — and to commit violence to that end even while their overall goal remains out of reach. That effort goes under the general rubric of jihad.

MI5 is responsible for countering threats to national security, including terrorism, espionage, cyber threats and the proliferation of weapons of mass destruction.