Where in health am I? : Home / Articles and Reports / Heads or Tails / Imaging Centers: Useful or Harmful?

Imaging centers have proliferated in the past decade. You would think that the potential to develop cancer years or decades after an imaging procedure would ensure that imaging centers are as safe as possible. Think again! 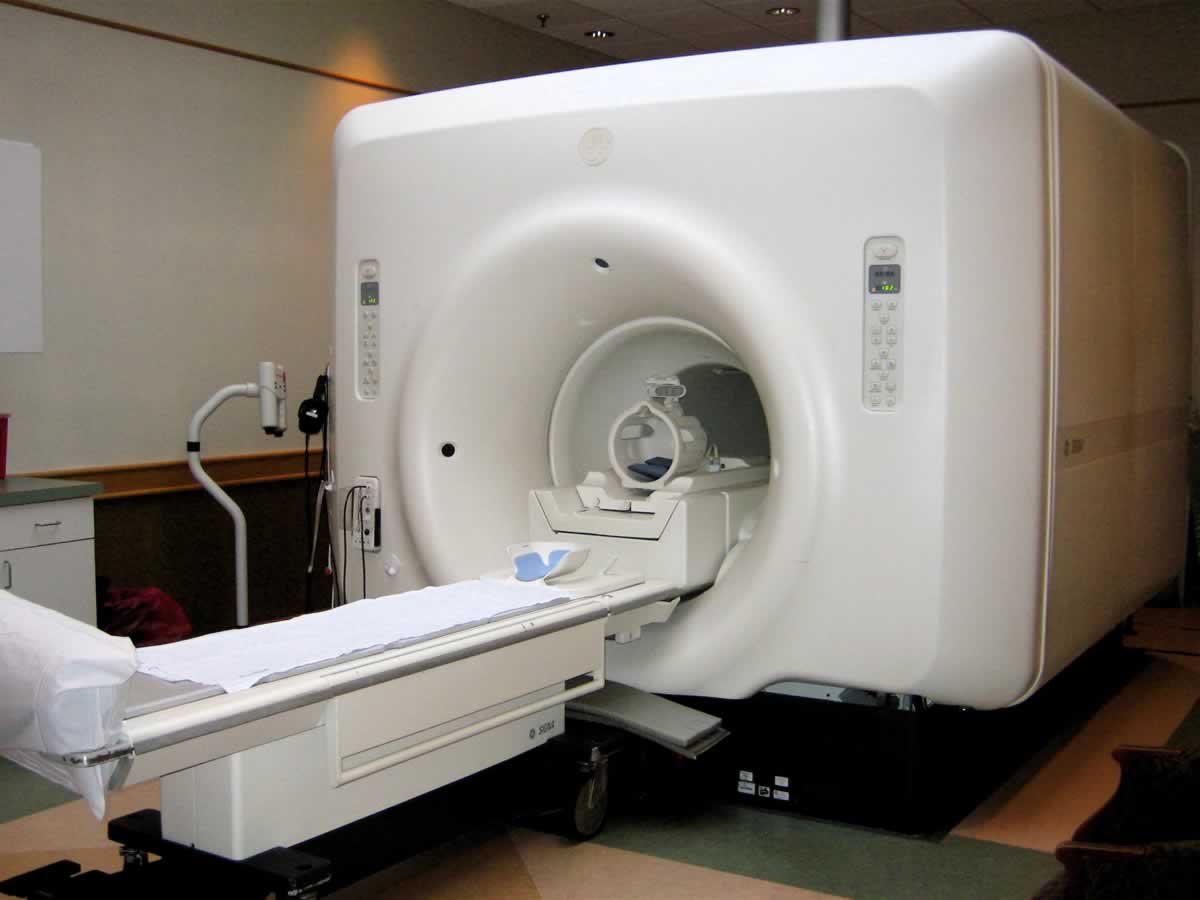 Diagnostic imaging has been utilized for over a hundred years. There is no doubt that this rapidly changing technology has made doctors' jobs easier and has helped save many lives. Modern diagnostic imaging provides faster and more precise diagnosis, enables monitoring of chronic medical conditions, provides rapid readings on a 24-7 basis, and has contributed to an explosion in a new medical specialty, interventional radiology. 1

Diagnostic imaging has proliferated, especially in the last decade, because of increased availability and widespread utilization for the sick and injured, but also because of its rapid expansion into the healthy population with so-called wellness body scans which supposedly can give you a “complete overview” of your health. At the same time imaging studies are adding to the already runaway health care costs.

This trend has been fueled in large, at times, by prevention hysteria in addition to the potential for significant financial rewards. In fact, until the 2008 recession, one could find 'wellness' imaging centers in almost every community in the U.S. A wellness body scan is a non-invasive CT test from the collarbone to the pelvis and covers the heart, lungs and abdomen. The specific areas scanned in the abdomen are the kidneys, liver, gall bladder, aorta, adrenal glands, lymph nodes, spleen and other certain pelvic organs. 2

A team of researchers report that the use of diagnostic medical imaging procedures has dramatically increased during the last decade. In a survey of a large health plan, 4.9 million diagnostic imaging tests were performed in 377,048 patients from 1997 through 2006. The use of CT scan doubled and that of MRI tripled and the cost of imaging also has more than doubled over the 10-year study period. The researchers concluded that cross-sectional studies added to existing studies instead of replacing them, and the annual per enrollee cost of radiology imaging more than doubled. 3

But, the dramatic rise in imaging studies comes with a price...radiation exposure.

Common procedures like X-rays, CT scans, fluoroscopy and radionuclide studies ionize atoms of the absorbing matter and therefore our bodies. According to the U.S. Nuclear Regulatory Commission (NRC) exposure of living cells to radiation may result in three outcomes: 5

It is the last two outcomes that present a danger to our health. Some tissues and organs are more sensitive to radiation than others. The most sensitive are the blood forming organs, followed by reproductive organs, skin, bones, and muscles. The least sensitive are tissues of the nervous system.

A 1990 report of the National Academy of Sciences Committee on the Biological Effects of Ionizing Radiation (BEIR Committee) estimates that a dose of 10 mrem or 0.1mSv creates a risk of death from cancer of approximately 1 in 1,000,000.  People, such as the Japanese A- bomb survivors,  exposed to higher doses of ionizing radiation, in the range of 5-50 mSv,  developed certain types of cancers that included leukemia, breast, bladder, colon, liver, lung, esophagus, ovarian, multiple myeloma, and stomach cancers. 6

Estimates and comparisons of radiation doses in Ozner's book ' The Great American Hoax' are given below: 7

Even the seemingly innocuous mammogram is not harmless. Dutch researchers reported that even low doses of radiation from annual mammography screening increases the risk of breast cancer development in women with genetic predisposition to breast cancer. These are the very same women who are supposed to be closely monitored by mammography even before they turn 30. 8

So, you would think that the potential to develop cancer years or decades after an imaging procedure would ensure that the machines are as safe as possible.

Think again. Even the safety and efficiency of the newer CT scanners is questionable according to USCF researchers. Technology has enabled the scans to improve the quality of the images and increase the speed of the procedure. However, this has been a double-edged sword. Because the images can be obtained so quickly, it has been very tempting to do multiphase studies – one CT done during the arterial phase of the cardiac cycle, one CT done during the venous phase, and one done after a short delay. This increases the information that we can get from the CT procedure, but increases the radiation dose by a factor of three.

USCF researchers estimated the amount of radiation patients are exposed to when undergoing the 11 most common types of CT procedures used. 9 The potential cancer risk associated with each CT type was also investigated. A total of 1,119 patients at four San Francisco Bay Area clinics who underwent CT procedures in any of three anatomic areas: head and neck, chest, and abdomen and pelvis were evaluated.

The evaluation revealed that radiation doses were highly variable between procedure types and medical institutions and with a 13-fold average variation from the lowest to the highest dose. A routine head CT scan dose can be low as 2 mSv or it could be as high as 31 mSv for a multiphase abdomen and pelvis CT scan. The researchers concluded that “radiation doses from commonly performed diagnostic CT examinations are higher and more variable than generally quoted, highlighting the need for greater standardization across institutions.

Estimates of cancer risk were as follows:

Another study by researchers at the University of California at San Francisco (UCSF) revealed that radiation doses even from identical CT procedures vary considerably. 10 The researchers report: “In day-to-day clinical practice, we found significant variation in the radiation doses for the same type of computed tomography procedures within institutions and across institutions.

But, even the MRI itself is not without radiation risks. Health agencies, including the International Commission on Non-Ionising Radiation Protection (ICNIRP) and the World Health Organisation (WHO) are revising their guidelines to protect workers from exposure to non-ionizing radiation. 11 In fact, the European Union tried to implement new standards for even MRIs but had to postpone the implementation because lowering the current occupational limit values may have led to the banning of the MRI. 12

Although, diagnostic imaging remains indispensable in medicine, its widespread use continues to present serious health risks to the public.

To highlight the safety issues and lack of regulations surrounding CT scans, the New York Times in October 2009 reported two incidents in California. 13 In the first case, 206 stroke patients at Cedars-Sinai Medical Center in Los Angeles who underwent CT angio scans over an 18-month period were exposed to radiation doses up to 8 times higher than the norm. The hospital reported the mistake upon discovery. A spokesperson from Cedars-Sinai Medical Center said that the CT scan error may have been due to flawed hospital protocols but underscored the need for manufacturers of the machines to install more safeguards. Based on the report, the U.S. FDA issued an alert for other medical facilities using similar machines.

The second incident involved a 2-and-half year old boy in the Mad River Community Hospital in Arcata, California. The child was exposed to the CT scan for over an hour for a procedure that takes 2 to 3 minutes. The technician’s license was revoked.

And on top of all of this, there are surprisingly very few regulations governing this burgeoning industry. According to an American Heart Association 2009 Science advisory there is no federal regulation of patient radiation dose, with the exception of mammography. Most federal and state regulations are aimed at equipment performance or the handling of nuclear materials. And, according to the USCF study, CT scans are associated with even higher doses of radiation compared to conventional X-rays, yet they are largely unregulated.

Efforts are underway to promote safeguards and more stringent regulation of the industry, but in the meantime consider the following:

Besides ultrasounds, experts believe that the MRI, which utilizes non-ionizing radiation, may be a safer alternative to CT scan. However, the MRI presents some limitations:

Furthermore the best way to avoid exposure is moderation. The American Heart Association recommends against the use of cardiac CT scans in low-risk, asymptomatic patients.“...there are no data to support the use of cardiac computed tomography angiography (CCTA) in asymptomatic, low-risk patients, so the albeit-small risk of cancer from radiation currently outweighs the lack of any demonstrable benefit in such people” 14

Next time you see an ad for an imaging center touting its benefits think twice! It may be better to wait until you see your doctor. Furthermore health institutions should take time and inform their patients of the risks as well as the benefits of medical procedures. An example of a commendable effort in this direction is that of the radiology department at Henry Ford Health System which even provides a list of questions to ask the doctor before a CT scan.

In the long run there needs to be more emphasis on emerging technology that limits radiation hazards, such as some of the newer laser CT techniques, as opposed to placing imaging centers on every corner. It's time for the newer screening techniques to be the norm.

The Latest from Heads or Tails