Where in health am I? : Home / Blogs and Commentaries / Celebrity Health / Gendercide and the Mammogram Conundrum

Mammogram screening for women in their 40's may do more harm than good! However, the list of celebrities and people you know who have survived breast cancer is very long and none of the women would be here if they had followed the new guidelines

I am really confused about the latest breast cancer guidelines, and I'm not alone. Many women are reacting with outrage to recommendations that state, "Regular mammograms for women in their 40's may do more harm than good". The guidelines, issued by the United States Preventive Services Task Force, are part of a growing debate focused on routine cancer screenings, particularly for breast and prostate cancer. The controversial findings run counter to advice given by the American Cancer Society and drew immediate criticisms from radiologists, oncologists and breast-cancer survivors around the world.

The guidelines are based predominately on computer projections from research groups in the United States and Europe. They predicted that screening women between the ages of 50 and 69 every other year will catch nearly as many breast cancers, approximately 81%, while producing half as many false positive results. Members of the task force calculated that 1,900 women in their 40’s would have to be screened for breast cancer to avert one death.  According to the task force, that's not enough benefit, (benefit?) to justify the radiation exposure, biopsies, emotional strain, and chemotherapy that some women who are screened mistakenly undergo.

Granted, no one wants to undergo unnecessary treatments, however the recommendation that most women should put off regular mammograms until age 50 and discontinue routinely checking themselves for lumps struck many as unthinkable. "If you look at their guidelines, they are saying, 'don’t examine yourself, don't let anyone else examine you, and don't get a mammogram. Where does that leave you? It leaves you waiting to have a big cancer that you can't ignore any more," said Dr. Daniel Kopans, professor of radiology at Harvard Medical School, "….they are scientifically unjustified and will condemn women ages 40 to 49 to unnecessary deaths from breast cancer". 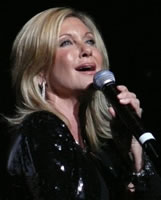 Many women in Hollywood, who are breast cancer survivors have come out against the findings, and man, are they angry!  Olivia Newton-John and Melissa Etheridge were diagnosed with breast cancer in their early 40s. Christina Applegate was just 36 when she was diagnosed and Jaclyn Smith was 56.

Olivia Newton-John was diagnosed at the age of 43 – seven years younger than the age now being recommended for mammograms. "We are not data, we are human beings," Newton-John said. "You can't judge it by data. I was in that 40 – 50 range." She also believes strongly in self exams, which the new guidelines say are of no value.  "At least for me, breast self-examination is the key," she said. "That's how I found my lump and then I went to the doctor and he sent me for my mammogram". 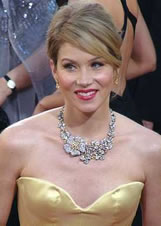 Christina Applegate is one of the youngest and most vocal celebrities with breast cancer. She began getting mammograms at 30 as she has a strong family history of cancer; her mother survived both breast and ovarian cancer. Plus, she’d previously tested positive for the gene mutation that is shown to increase the risk of breast cancer. At 36, her doctor recommended she take her mammogram testing a step further. "They were finding that the MRI’s were really great for discovering it at an early stage, so I had my first MRI and they found cancer," she continues "For me personally, it saved my life."  Ms. Applegate chose to not just have the breast with the cancer removed, but to have a double mastectomy as a preventative measure to ward off any future cancer. 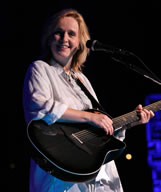 Musician Melissa Etheridge was diagnosed with breast cancer at the age of 43. She found a lump while giving herself a breast self-exam in the shower.  Her course of treatment was a lumpectomy followed by an aggressive course of chemotherapy to help prevent the spread and recurrence of cancer. She became the breast cancer poster child when she performed at the Grammy awards while bald, after losing her hair to chemotherapy. She is now an outspoken advocate of prevention and research for the Noreen Fraser Foundation.

Another angry survivor is former "Charlie's Angels" star Jaclyn Smith.  She was diagnosed with breast cancer at the age of 56. "This is wrong. I'm shocked that they want to abandon proven therapies based on cost analysis. We're going to be put back in the dark ages again. Women are just starting to not be afraid to self-examine and have regular check ups and now they're saying to push it another 10 years.” In addition to her concern over pushing back the recommended testing age, Smith was angered that the guidelines no longer suggest annual check ups. "The year before I was diagnosed, my mammogram was fine," she revealed. "If I hadn't done that next year's mammogram, I would've had a different outcome". 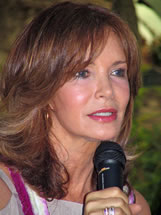 Probably the most frightening aspect to these guidelines is that this is how healthcare rationing starts. The task force is highly influential in determining future health insurance policies. The recommendations will be used by insurance companies as they make a determination as to what they're going to cover.

Fortunately, at least for now, the American Cancer Society said it will continue to recommend annual mammograms for all women starting at age 40.

Myself, I would rather be diagnosed with a false positive and undergo a biopsy and chemotherapy than find myself in the late stages of advanced breast cancer and an almost guaranteed death sentence. The death rate from breast cancer has fallen in recent years largely because of early detection.