Tobacco use is the single greatest risk factor for developing throat cancer - 75% to 80% of patients are smokers. Quitting is difficult and scary but dying slowly is worse 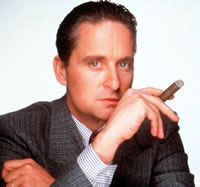 When will people realize that smoking…is…bad? Sure, it’s your life and your choice. I get it. And I understand it’s really hard to quit and that there is a massive, devious, marketing machine working against you, spending billions to keep you hooked on nicotine. It’s tough. But smokers need to start taking responsibility for their actions. Smoking is the single most preventable cause of death and disease in the world. It causes more deaths than cocaine, car accidents, AIDS, alcohol, heroin, fire, suicide and homicide combined.

So, knowing these facts don’t you get tired of hearing sob stories from lifelong smokers who are diagnosed with a serious medical condition and then complain about the illness or how hard it is to quit? Or about how they wish they had never started in the first place? Wouldn’t it be nice if they could have that epiphany before they get sick? Instead they make excuses until it’s too late: I love Smoking… It’s too hard to quit... I only smoke a little bit. And my personal favorite…You have to die sometime.

Denial and arrogance are a winning combination.

Nevertheless, you can only tempt fate for so long and Michael Douglas is a great example of that. It seems that Douglas’ years of hard living, smoking and drinking have finally caught up with him. For weeks the actor had been looking thin and frail. Was he under a lot of stress? Was he overworked? Nope. Douglas, 65, announced last week that he has a tumor in his throat. (From smoking) He reportedly went to his doctor a few weeks earlier after his voice became very hoarse and he began to have trouble swallowing. That is when his doctors discovered a large tumor. So far, there have been no further announcements as to how advanced the tumor is or whether the lump in his throat is benign or malignant. My guess is malignant…

A spokesperson for Douglas said that the actor’s condition is “most likely curable” but he will need to undergo eight weeks of chemotherapy and radiation to destroy the tumor. According to the American Cancer Society, “When a patient is treated with radiation and chemotherapy simultaneously they generally have an advanced stage of cancer. Advanced stages are still curable, but depends on what stage the tumor is, what type of tumor, and if the cancer has spread to the lymph nodes.”

In the United States, there are 30,000 to 35,000 people diagnosed with throat cancer each year and of those about 8,000 people will die. Tobacco use is the single greatest risk factor for developing throat cancer - 75% to 80% of patients are smokers. And a combination of tobacco and heavy alcohol use increases the risk for throat cancer up to 15 times more than for users of either substance alone. Just like everything else though, if caught and treated early the survival rate can be as high as 90%.

Treatments for cancers like Douglas’ have improved greatly in recent years but there are many side effects: the most common is difficulty or pain when swallowing. Patients may also experience extreme fatigue and nausea, may lose their sense of taste, and have skin reactions like severe dryness around the neck. Additionally, radiation treatments are very damaging to the vocal chords and the voice may be noticeably hoarser afterwards. More aggressive treatments, such as surgery, carry a greater risk of permanently damaging the voice and in a worst case scenario may result in having the voice box removed.

Michael Douglas, the father of two small children, has talked publicly about his struggle to quit smoking and as recently as four years ago admitted that he’d been unsuccessful. However, he will now have to stop for his treatments to work properly as smoking lessens the effectiveness of the radiation. So wait a minute… I guess everyone does eventually quit smoking either through death, disease, or determination. Which option will you choose? It’s your life. It’s your choice.