Where in health am I? : Home / Blogs and Commentaries / Celebrity Health / People Don’t Abuse Children. Switches Do.

Most of us disciplined our kids a little more than we meant sometimes. But we were only trying to prepare them for the real world - Bonita Jackson, Adrian Peterson's mother 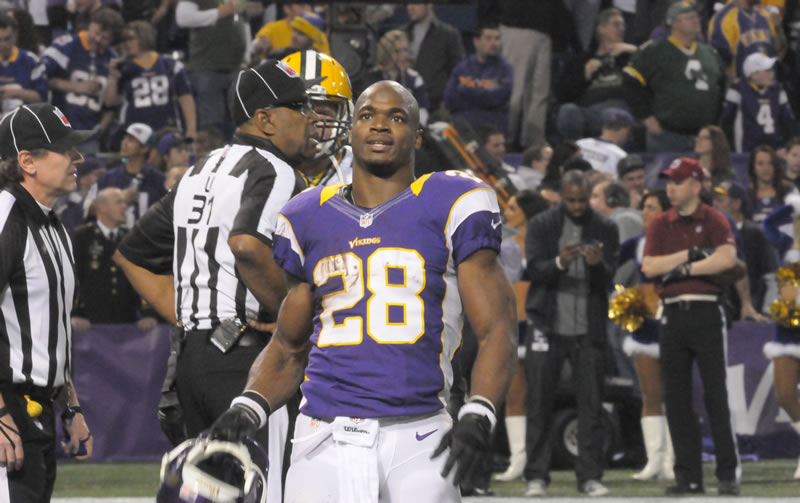 When I was a child, I was punished very much like the son of Minnesota Viking Adrian Peterson.  You know, the 4 year-old boy that he beat with a switch?  The only difference between me and that little boy is that I was raised in California so my parents didn’t use a switch; that was the Southern way.  Instead, my parents used leather belts, wood spoons, books, and hair brushes; pretty much whatever was lying around.  I guess that was the Northern way.

It sounds horrific, right?  And it was.  But in the 70’s and 80’s that was a totally acceptable way to discipline your child.  Almost every kid I knew was punished like that.  It was so common that every teacher, as well as the principles, at my elementary and middle schools had paddles on their wall that were used if a kid stepped out of line.  It was a constant reminder to be good, or else…  I’m not sure if it worked though, because I saw a lot of my classmates get “the paddle” over and over again.

Yes, it was a common practice, but I’m not excusing this type of behavior and I am in no way an advocate for this form of punishment.  In fact, I am dead against it.  I would never hit my child out of anger or use violence as a form of discipline.  I can’t think of anything that she could do that would make me resort to that sort of behavior.  However, other people do and it is legal in many parts of the country.

Yes, it’s still legal and acceptable, especially in the South.  At least that’s what Peterson’s attorney said as he tried to gloss over the fact that Peterson had been indicted by a grand jury on charges of “reckless or negligent injury to a child” and a warrant had been issued for his arrest.  But, hey!  It’s all good.  Peterson’s just a Southern father, disciplining his child in the same way his parents disciplined him.  That’s really bad logic though.  I’m sure Peterson was terrified of the switch when he was a kid and swore he would never use one on his kids.

I guess I’m mistaken though, because according to Peterson he didn’t do anything wrong.  When asked if he thought he was too rough on his son, he said, “Never do I go overboard!  All my kids will know daddy has the biggie heart but don’t play no games when it comes to acting right.”  Again, bad logic.  You can’t beat the bad out of, or the good into, someone.

I think Peterson has come down with a case of selective memory loss, because he’s clearly forgotten what it felt like to get a whooping, and he’s clearly forgotten what his son looked like after the beating.  Or, perhaps I’m just looking at different pictures, because I think that man went way overboard.  He crossed the line.  He went from exercising his “right to punish his child how he sees fit” to child abuse when he left a mark on that boy’s body.  And, he didn’t leave just one mark.  He left many bloody marks.

He is also delusional.  When he was being questioned by the police, Peterson said that the whooping wasn’t really that bad and he wasn’t “trying” to injure his son.  However, unbeknownst to him part of the switch wrapped around the boy’s leg and that’s what left the cuts and bruises.  All ten or fifteen of them.  Oh yeah, and when he pulled his son’s pants down, the switch accidently “got him in the nuts once.”   See? Clearly not his fault.  It was that damn switch!

Another aspect of this case that I cannot wrap my head around is the fact that Peterson has already lost one child to abuse!!!  Peterson’s 2-year-old son was beaten to death in 2013 by the mother’s new boyfriend.  For most people that might make them think twice about laying a hand on a child. But not Peterson.  Nope.

Peterson is clearly a man with issues.  Yet his attorney and many of his friends are coming forward to say that he is nothing but a “stern, good father.”  I 100% disagree that Peterson is a good father, you know why?  Because…

The NFL has had a lot of domestic violence issues to deal with lately and that makes me think that this story will be forgotten.  That would be really convenient for the Vikings and their owners, right?  So, that means Peterson will probably slither his way out of this fiasco, he’ll continue to play football, he’ll make more money for the team, and he’ll go on to win another MVP award.  But one thing is certain, Peterson will never win any Father of the Year awards.