Where in health am I? : Home / Blogs and Commentaries / Celebrity Health / #TheyKnew about Harvey

The scarlet letter is theirs, it is not ours. We are pure, we are strong, we are brave and we will fight - Rose McGowan 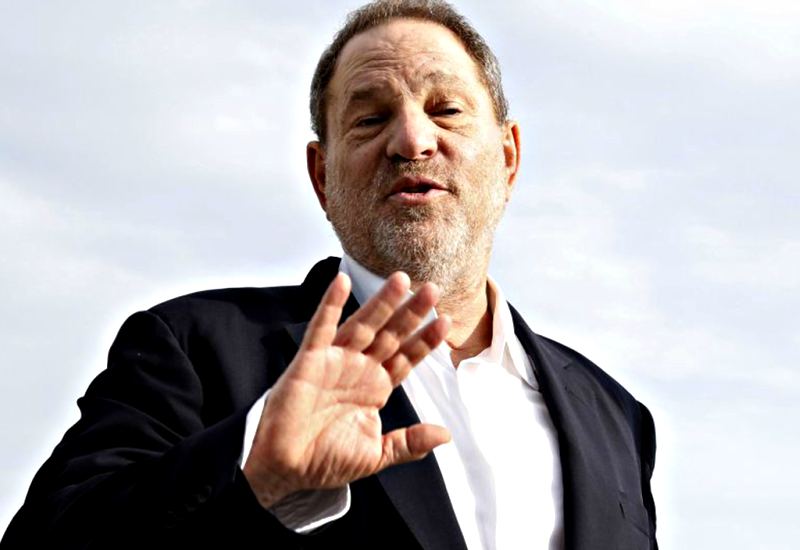 I’m confused and deeply disturbed by the accusations of sexual assault and rape against Harvey Weinstein. I’m confused because it seems impossible that one old, fat, ugly, jerk was able to manipulate and molest at LEAST 50, probably more like hundreds, of women over a 30 year period. Yes, he was a powerful man. Yes, he could make or break a career. But that many women, over that length of time, in a very closed community, means that he had accomplices. Which leads to why I’m disturbed.

I’m disturbed because so many people KNEW what he was doing. They knew and they turned a blind eye which allowed Harvey to continue to demean, degrade, and damage so many women for so many decades. And now, #ThoseThatKnew and helped hide everything are claiming innocence. “Harvey did what?” “Oh, my god! I had no idea!” [email protected]#. Harvey’s people knew and now they are in C.Y.A. mode.

#ThoseThatKnew is about exposing the people that helped, that lied, and that covered for Harvey. For example, the Weinstein Company’s Board of Directors who negotiated at least eight cash settlements and wrote the Non Disclosure Agreements that so many women and employees had to sign for fear of retaliation. And, people like Matt Damon, Ben Affleck, George Clooney, Quentin Tarantino, Brad Pitt, Howard Stern, Scott Rosenberg, Hillary Clinton, the agents, the producers, the directors, and the writers who continued to work with him, take money from him, who publicly thanked him and praised him. These are his accomplices. And, in my book that makes them as sick as, if not as guilty as, Harvey.

Why? What if you were a young actor who was asked to meet Harvey at his hotel. You’re excited because this could be your big break, right? But, you’ve also heard rumors about him and aren’t sure if you should go. But, then you see an interview with Hillary Clinton who gushes about Harvey and his large donation to her campaign. Or, you watch the Academy Awards and you see celebrity after celebrity thank Harvey and talk about how great he is. So, you decide that he can't be that bad and agree to meet him because you respect and want to be like the people on that stage. And Harvey can get you up there. And now you’ve just made a life altering, horrible mistake. And the people you looked up to helped you make it. And, the people you tell your story to say you will never, ever work as an actor if you go public. Then Harvey’s people show up and give you money and force you to sign your life and dignity away. Yes, Harvey has many accomplices.

Does this mean I think that #ThoseThatKnew but didn't say anything should go to prison if Harvey is convicted of rape or assault? No. But, I think #ThoseThatKnew should be stripped of their positions, their awards, and their jobs, just like Harvey. But nothing will happen to them, unfortunately.

Sexual harassment in Hollywood is as old as the movie industry, and sexual harassment around the world is as old as humanity. For this reason, the #MeToo campaign has been tweeted nearly 2 million times and has more that 4 million Facebook references by people in 85 countries. Yet, I wonder how many people out there are too afraid or too embarrassed to #SpeakUp?

I’m sure there are millions silently suffering because every single woman I’ve talked to about sexual harassment has had a #MeToo experience. Some of their experiences were more annoying than criminal. You know, like the guy in the bar who’s aggressively trying to convey his desire to be with you; he sits too close, he grabs your hands, he tries to pull you closer, he tries to hug you, and then calls you a bitch as you politely try to remove yourself from the situation.

Other friends have had experiences that are outright sexual assault. A guy touching their breasts without asking. Or a guy who grabs them and kisses them after she said no. Or the stranger who exposes himself. Or the guy who uses his body to scare them into doing what he wants. Or the guy who follows them home. Or the boss who tells them they won't get a promotion unless they play nice. Or the guy they’ve known forever who has sex with them while they were drunk and couldn’t stop it.

Why is this behavior so prevalent? How can EVERY woman I know have an experience like this? Because no one wants to talk about it. Women are too embarrassed. Too scared. Or, perhaps they don't realize that what they experienced was a crime. Or, friends that they confide in think it’s not their place to say anything. So the predator gets away with their crime and the cycle continues.

This type of thinking cannot continue. Ideas about acceptable behaviors must change. Victim shaming must end. Rape culture must be addressed. And, we must hold bystanders or accomplices accountable for not speaking up.