Where in health am I? : Home / Health Cloud / Business of Health / Costs / Price Comparisons / Imaging 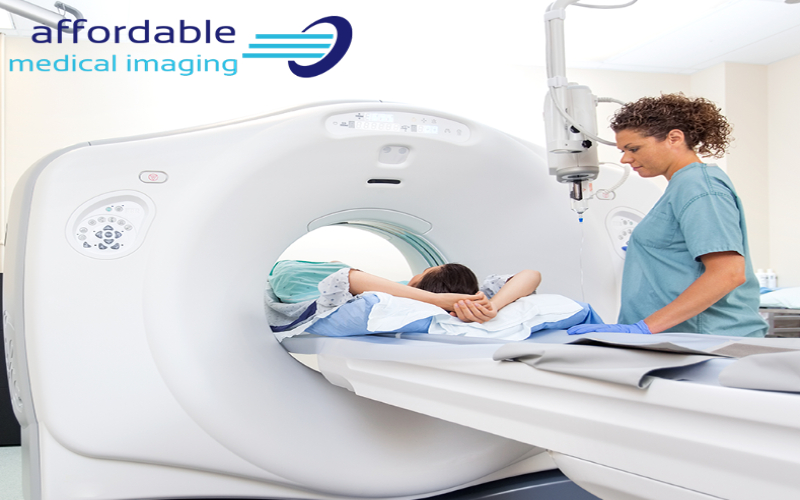 As consumers get savvier about shopping for health care, some are finding a curious trend: More hospitals, imaging centers, outpatient surgery centers and pharmacy chains will give them deep discounts if they pay cash instead of using insurance.

When Nancy Surdoval, a retired lawyer, needed a knee X-ray last year, Boulder Community Hospital in Colorado said it would cost her $600, out of pocket, using her high-deductible insurance, or just $70 if she paid cash upfront. When she needed an MRI to investigate further, she was offered a similar choice—she could pay $1,100, out of pocket, using her insurance, or $600 if she self-paid in cash.

Rather than feel good about the savings, Ms. Surdoval got angry at her carrier, Blue Cross Blue Shield of Arizona. “I’m paying $530 a month in premiums and I get charged more than someone who just walks in off the street?” says Ms. Surdoval, who divides her time between Boulder and Tucson. “I thought insurance companies negotiated good deals for us. Now things are totally upside down.”

Not long ago, hospitals routinely charged uninsured patients their highest rates, far more than insured patients paid for the same services. Now, in the Alice-in-Wonderland world of health-care prices, the opposite is often true: Patients who pay up front in cash often get better deals than their insurance plans have negotiated for them.

That is partly due to new state and federal rules aimed at protecting uninsured patients from price gouging. (Under the Affordable Care Act, for example, tax-exempt hospitals can’t charge financially strapped patients much more than Medicare pays.) Many hospitals also offer discounts if patients pay in cash on the day of service, because it saves administrative work and collection hassles. Cash prices are officially aimed at the uninsured, but people with coverage aren’t legally required to use it.

Hospitals, meanwhile, have sought ever-higher rates from commercial insurers to make up for losses on other patients. Insurers pass those negotiated rates on to plan members, and given the growth in high-deductible plans, more Americans are paying those rates in full, out of pocket, than ever before.

“When you had just a $20 copay, you didn’t care what rate your insurer negotiated with your doctor. But it only takes one $3,000 MRI bill for people to say, ‘Wait a minute—where did this come from?’ ” says Jeanne Pinder, founder of Clearhealthcosts.com, one of several startups that publish hard-to-find health-care prices for consumers.

ClearHealthCosts has compiled self-pay prices for dozens of tests and procedures in eight cities and found a vast range. In Houston, an MRI for the lower back can cost as little as $750 at an imaging clinic and as much as $1,961 at an academic medical center. A colonoscopy in San Francisco is $600 at one surgical center and $5,500 at another.

Finding the negotiated rates for those same services is tougher, since many insurance contracts bar payers and providers from disclosing them. But individual plan members can see that information on their Explanation of Benefit statements, so ClearHealthCosts has joined with public radio stations in New York, California and Pennsylvania, asking listeners to anonymously post what their health provider charged, what their insurance paid and what they paid out of pocket. Thousands have responded, showing that in many cases, while insurers had negotiated a big discount off the provider’s original charge, the negotiated rates were still higher than the service would have cost in cash at the same place or nearby.

“My favorite was the $5,400 MRI at an academic medical center in California,” Ms. Pinder says. “Insurance paid about $2,900 and the patient paid about $2,500. It looked like he got a great deal—but he could have paid $725 cash down the street.” When people see this data, she says, “they don’t behave the same way in the marketplace again.”

Indeed, the growing price transparency is starting to shake up traditional relationships between payers, providers and patients.

James Lazarus, a vice president of Advisory Board Co. , who advises hospitals on self-pay prices, says offering cash rates that are lower than insurance-negotiated rates could violate contract provisions. “If insurers find out that plan members are able to access a cheaper cash rate, they’ll call up the hospital and say, ‘That’s our new contracted rate,’ ” he says.

Some providers do keep their cash rates quiet, in fear of losing negotiating power with insurers. But others are eager to have their low cash prices known—and see them as a way to compete for business and assist patients who might otherwise have to forgo care.

Boulder Community Hospital hasn’t had complaints from insurers, says Chief Financial Officer Bill Munson. “Patients have the right under federal law to request that we not bill their insurance,” he says, “and when they do, they have the right to participate in our self-pay program.”

Regional Medical Imaging of Flint, Mich., says some insurers actually encourage their plan members to take advantage of its low cash prices. (An MRI of the knee there costs cash payers $265, but $510 out of pocket for an Aetna member with a high-deductible plan.) “It’s crazy, I know. But what do the insurance companies care? They’re collecting premiums, and they aren’t having to pay out when patients pay cash instead,” says Amy Davis, the imaging company’s chief operations officer.

Amy Oldenburg, Aetna’s vice president of network and product strategy, says Aetna members who find they can save money by paying cash “should make the best choice based on their needs.” But, she cautions, they could be paying for unnecessary procedures and are missing out on the opportunity to have Aetna coordinate their care.

Clare Krusing, a spokeswoman for America’s Health Insurance Plans, an industry group, says its members haven’t reported many instances of cash prices undercutting their insured rates, but when it occurs, “it’s really a question for providers—why are they accepting lower rates than they could get through insurance?”

Meanwhile, hospitals have to charge insured patients more to cover losses on Medicare and Medicaid patients, he says. “Health plans have complained about this for years. We have complained along with them. The government doesn’t pay its fair share.”

Patients who encounter big price discrepancies are complaining as well—generally to their insurers. Ms. Surdoval says she called her carrier repeatedly to ask why using her insurance cost more than cash. “The standard response was, ‘We can understand why you might be upset about that.’ It was like they were reading a script.”

Jeff Stelnik, senior vice president of strategy, sales and marketing at Blue Cross Blue Shield of Arizona, says that cases where cash rates are lower than its contracted rates are “very infrequent” and that high-deductible plans “are a great opportunity for consumers to make their own decisions.”

Self-pay discounts, however, do present patients with a dilemma: Most insurers won’t count cash payments toward their deductibles. So savvy health-care shoppers have to guess whether they are likely to have a major medical expense during the year, or stay relatively healthy and thus save money by paying cash.

Ms. Surdoval bet she would need knee surgery, so rather than pay $600 for an MRI in Boulder, she went to a doctor at New York’s Hospital for Special Surgery who had treated her before. The MRI there was $2,800, but paying it through her insurance put her over her $3,500 deductible for the year, so the $30,000 she was charged for knee surgery in June was covered in full.

With her out-of-pocket maximum met for the year, Ms. Surdoval says she spent the rest of 2015 getting all the medical care she needed before her deductible rose to $6,000 this year.

Is it cheaper to pay cash than to use your insurance? Maybe

Are you paying more because you have health insurance than a cash customer pays? It’s definitely happening for some people.

Need an MRI? It pays to shop around. Big time

The median price difference for MRIs in hospitals versus freestanding imaging centers in the United States often varies by thousands of dollars, underscoring the need for consumers to shop around given high out of pocket health costs...

People are telling us they are paying cash for common medical procedures, even if they’re insured — and getting lower prices. Is this common? Is it legal? Why don’t more people ask for lower cash rates, and why don’t more providers offer?

The Healthcare Bluebook is a guide to help you determine Fair Prices in your area for healthcare services.

Save money on common medical procedures.

How to Cut Your Health-Care Bill: Pay Cash

As consumers get savvier about shopping for health care, some are finding a curious trend: More hospitals, imaging centers, outpatient surgery centers and pharmacy chains will give them deep discounts if they pay cash instead of using insurance.