Where in health am I? : Home / Health Cloud / Business of Health / Hospitals / ICU / Post-ICU Syndrome

There’s this broad world that exists between surviving and recovering - Dr. Daniela Lamas 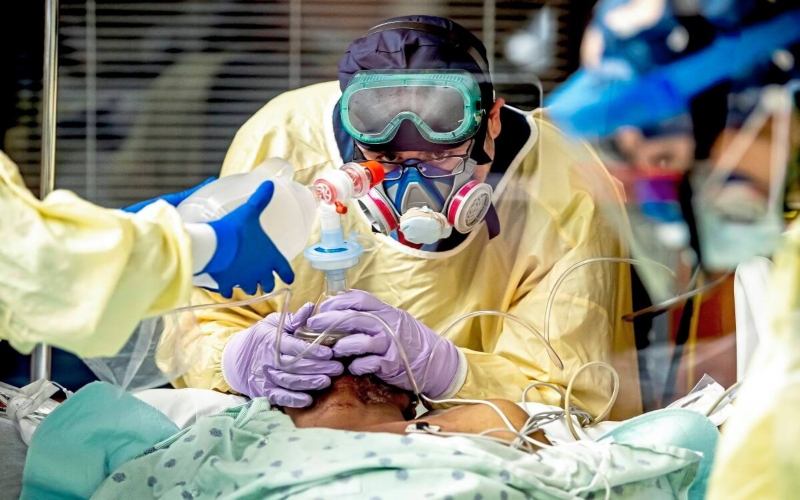 When ICU Delirium Leads To Symptoms Of Dementia After Discharge

Doctors have gradually come to realize that people who survive a serious brush with death in the intensive care unit are likely to develop potentially serious problems with their memory and thinking processes.

This dementia, a side effect of intensive medical care, can be permanent. And it affects as many as half of all people who are rushed to the ICU after a medical emergency. Considering that 5.7 million Americans end up in intensive care every year, this is a major problem that until recently, has been poorly appreciated by medical caregivers.

Take, for example, the story of Richard Langford, a retired minister in his 60s who lives with his mother in East Nashville. He…

A perfect storm for medical PTSD: Isolation, intensive care and the coronavirus pandemic

A crisis is silently brewing in hospitals around the world, and it may not be exactly what you think. While the numbers of COVID-19 cases and deaths continue to swell, the very treatments used to battle this deadly disease are triggering life-altering mental health effects.

After ICU, Coronavirus Patients’ Ordeal Is Far From Over

Covid-19 puts the sickest people on ventilators. The experience can make for a tough recovery; like ‘being buried alive’

They really think that all these efforts that we're doing in the ICU to try to save their life may be trying to harm them, and so people come out of the ICU with pretty profound symptoms of PTSD sometimes - post-traumatic stress disorder.

Post-intensive care syndrome (PICS) describes new or worsening physical, cognitive, or mental impairments in a patient following critical illness or intensive care. The COVID-19 pandemic will likely result in many more patients with PICS and its associated health and economic challenges.

What Life Is Like After Being Taken Off a Ventilator

A near-death experience in the ICU could have lasting effects on the brain—from PTSD to cognitive impairment on par with mild dementia.

After the ICU: What Does It Mean to Be 'Okay'?

Patients who require intensive hospital care often go home with serious mental and emotional scars that go unaddressed. The ICU can be a microcosm of a healthcare system's inability to see bigger pictures for life after illness.

Hospitals are doing more to help the growing number of patients who receive treatment for serious illness in the intensive-care unit—only to find their release is the start of a whole new set of problems. With medical advances, even the sickest patients now often survive potentially life-threatening conditions after a stay in intensive care. Many experience aftereffects, not only of the illness but also of the very medical care that may have saved their lives. Doctors call it "post-intensive care syndrome" and say it is becoming more common.

My I.C.U. Patient Lived. Is That Enough?

He is breathing better and the doctors say his lungs will recover, but he can’t remember his appointments or where he put his keys. It has been months since the surgery and the scars are fading, yet she still wakes almost nightly to the sound of phantom alarms.

Survivors of critical illness may develop postintensive care syndrome (PICS), a spectrum of conditions that include persistent cognitive dysfunction, acquired weakness, and intrusive memories akin to post-traumatic stress disorder. Relatively few ICU survivors are routinely followed in the outpatient setting by intensivists, but are regularly evaluated by primary care physicians and physician assistants in their practices.

Survival of critically unwell patients has improved in the last decade due to advances in critical care medicine. Some of these survivors develop cognitive, psychiatric and /or physical disability after treatment in intensive care unit (ICU), which is now recognized as post intensive care syndrome (PICS).

Support groups for ‘ICU survivors’ are springing up. But will patients traumatized by intensive care show up?

Survival can seem like the only goal during a stay in a hospital’s intensive care unit. But for many patients, the aftermath can be just as harrowing. Now, an international initiative has launched support groups designed to help those who have left the ICU — if they can be persuaded to come in and talk about their struggles. “There’s this broad world that exists between surviving and recovering,” said Dr. Daniela Lamas, a critical care doctor who works in the ICU at Brigham and Women’s Hospital in Boston.

When ICU Delirium Leads To Symptoms Of Dementia After Discharge

Doctors have gradually come to realize that people who survive a serious brush with death in the intensive care unit are likely to develop potentially serious problems with their memory and thinking processes.

In addition to providing educational tools to former ICU patients, their caregivers & families, the medical community, and the public, PostICU believes that its role in the process of addressing the PICS major health crisis is to recruit as many members to join our 501(c)3 nonprofit agency.

While the short-term outcomes of ICU patients have dramatically improved over the last half-century, it is increasingly recognized that many ICU survivors experience declines in physical and cognitive functioning that persist well beyond their acute hospitalization.