Where in health am I? : Home / Health Cloud / Business of Health / Medical Devices / Implants / Contraceptive Implants 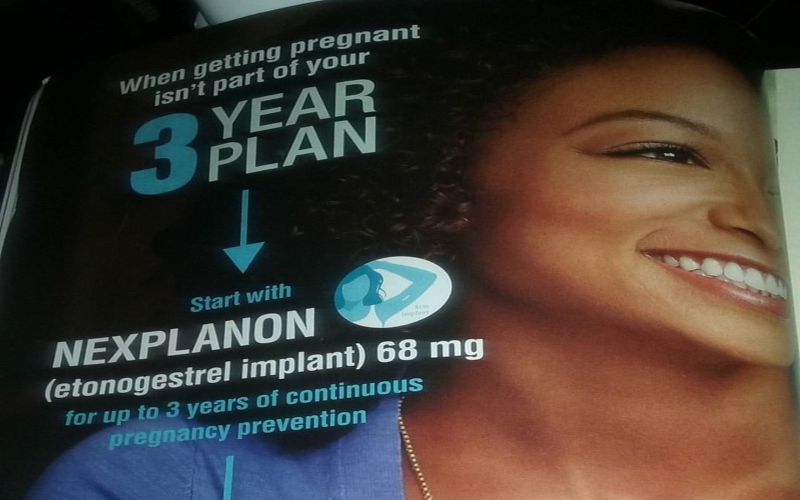 What It's Like To Get a Hormonal Implant, Also Known As The Best Birth Control Option You Haven't Considered

During the summer of 2013, my boyfriend and I had one of those magical summers where every other weekend, we were at another wedding. Suddenly, everyone started to talk about babies — which, of course, felt a little crazy. After all, I'm only 26 years old. I work a full-time day job, attend graduate school just shy of full-time, and I'm a writer and critic. My partner is ambitious too: a digital marketer with Silicon Valley dreams and a work ethic like nothing I've ever seen. We're a team, pushing each other and supporting each other, like Frank and Claire (but a little less evil). I love babies, but do I want to be responsible for a human being for the next 18 years (or more) of my life?…

The truth about teenage girls, consent and contraceptive implants

The issue is not that implants should not be fitted, but that they should be fitted in accordance with young women and girls having been given information and advice on the procedure, which then allows them to give adequate time and thought so that they can then decide whether or not to give an informed consent which ultimately should be respected.

You can switch it on and off. And it works for up to 16 years.

Birth Control Implants Empower Filipinas Like Me, Now a Senator Wants to Stop Funding It

How are women supposed to find the right birth control method for their bodies if you limit their options?

Nearly a third of women are misinformed about the most effective forms of contraceptives, a new report finds.

A study published on Monday in JAMA Internal Medicine supports what doctors had already observed: There was an increase in the insertion rate of long-acting reversible birth control devices soon after the 2016 presidential election.

IUDs and Implants Are the New Pill

Long-term devices are now the first-line recommendation for women of all ages.

My Experience With The Contraceptive Implant

I am no means a professional in this field, I am merely talking about the experiences I have had with the Nexplanon Implant myself over the past year, as well as a little bit of knowledge I have. However, you always have to speak to a healthcare practitioner anyway before having the implant fitted, in case for any reason you are not suitable for it.

Myths and fact about... Implants

What It's Like To Get a Hormonal Implant, Also Known As The Best Birth Control Option You Haven't Considered

Why aren't we talking about hormonal implants? And why are only 0.5 percent of women using them? Are we more afraid of sticking a 4-centimeter plastic rod into our arms than a small piece of plastic and copper into our cervixes?

NEXPLANON is the small, thin and flexible arm implant that provides up to 3 years of continuous birth control. That’s why NEXPLANON is considered a long-acting birth control option. It’s placed discreetly under the skin of your inner, upper arm by your health care provider. It’s also reversible and can be removed by your health care provider at any time during the 3 year period.

The implant (Nexplanon is the brand name; previously Implanon) is a teeny-tiny rod that's inserted under the skin of your upper arm. It's so small, in fact, most people can't see it once it's inserted—which means it can be your little secret, if you're so inclined. The implant releases progestin, a hormone that keeps your ovaries from releasing eggs and thickens your cervical mucus—which helps block sperm from getting to the egg in the first place. It prevents pregnancy for up to four years. Not too shabby.

•If implanted correctly, it's more than 99% effective. Fewer than one woman in 1,000 who have the implant as contraception for three years will get pregnant.

The contraceptive implant is a very effective, convenient and safe form of contraception. A small operation under local anaesthetic is needed to insert the implant under the skin. Each implant lasts three years.

Here are some of the most common questions we hear women ask about the birth control implant. We hope you find the answers helpful.