Where in health am I? : Home / Health Cloud / Business of Health / Medical Devices / Implants / Surgical Meshes 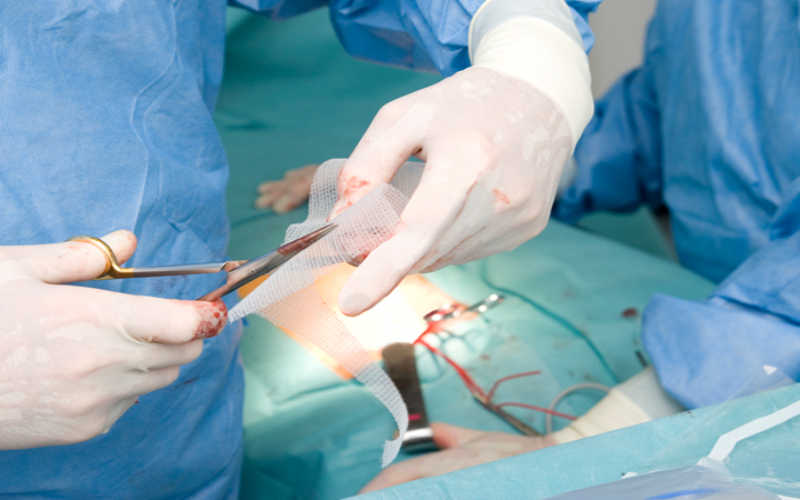 Surgical meshes have their issues especially when it comes to female surgery...

In medical and regulatory circles a controversy is raging over the use of non-absorbable mesh for the transvaginal repair of pelvic organ prolapse. Use of the mesh has been linked to permanent and disabling complications, including chronic pain, nerve damage and infection. To many health activists, synthetic transvaginal mesh is a poster child for the flaws of our medical device regulation system.

One common way to repair pelvic organ prolapse is to shore up the sagging tissue through an incision in the vaginal wall, a kind of surgery that has long been the preserve of highly trained pelvic…

Trudy Lieberman recently published an article about the economics of the use of mesh in Harpers’ magazine. (I contributed to the article). She outlines the huge amount of money involved and the fact the mesh companies have paid hospitals and doctors to use mesh for hernia repairs despite the well know and documented problems of pain, shrinkage, sexual dysfunction, and nerve damage. I wish it was not true, but money does influence decision-making even if the patient suffers - William Brown MD

The Food and Drug Administration on Tuesday ordered the two remaining medical device companies selling surgical mesh for the repair of pelvic organ prolapse to stop all sales and distribution in the United States. It is the most stringent action the F.D.A. has taken in the lengthy legal and medical battles over vaginal mesh, a synthetic product that has been implanted in millions of women to strengthen weakened pelvic muscles that can cause the bladder, the uterus and other organs to sag into the vaginal area.

Hernia incidence has been observed since ancient time. Advancement in the medical textile industry came up with the variety of mesh materials to repair hernia, but none of them are without complications including recurrence of hernia.

Past, Present and Future of Surgical Meshes: A Review

Surgical meshes, in particular those used to repair hernias, have been in use since 1891. Since then, research in the area has expanded, given the vast number of post-surgery complications such as infection, fibrosis, adhesions, mesh rejection, and hernia recurrence.

Hernia surgical mesh is the medical standard for repairing hernias. Studies show hernia mesh can reduce the likelihood of a hernia coming back. But, hernia mesh can pose its own risk of complications.

Studies show that patients undergoing minimally invasive surgery have a quicker recovery and less short-term pain than with open repair. But in either surgery, small nerves can be irritated by the procedure or the repair mesh as well as by sutures or tacks used to hold the mesh against the abdominal wall. Serious complications can occur if the surgical mesh or other devices break or become twisted or dislodged...

The vaginal mesh scandal continues to dominate headlines after hundreds of thousands of women around the world experienced life-changing complications, but now, campaigners in the UK want to ensure hernia mesh is part of the debate.

No implementation without evaluation: the case of mesh in vaginal prolapse surgery

Although there is moderate-quality evidence suggesting that transvaginal mesh is associated with lower rates of awareness of prolapse than native tissue repair, the overall size of the benefit is small.

Study finds mixed results for use of mesh for hernia repair

Among patients undergoing incisional hernia repair, the use of mesh to reinforce the repair was associated with a lower risk of hernia recurrence over 5 years compared with when mesh was not used, although with long-term follow-up, the benefits attributable to mesh were offset in part by mesh-related complications, according to a study.

While transvaginal permanent mesh is associated with lower rates of awareness of prolapse, repeat surgery for prolapse, and prolapse on examination than native tissue repair, it is also associated with higher rates of repeat surgery for prolapse or stress urinary incontinence or mesh exposure (as a composite outcome), and with higher rates of bladder injury at surgery and de novo stress urinary incontinence. The risk-benefit profile means that transvaginal mesh has limited utility in primary surgery.

What Are the Pros and Cons of Hernia Mesh?

People with mesh shields in place usually have to undergo regular check-ups and scans, and may need periodic “upkeep” surgeries to replace the mesh and make sure it’s still serving its purpose.

The condition can be debilitating and demoralizing—though rarely life-threatening. But for some patients, the cure can be worse than the disease.

97,000 People Have This Operation Each Year – Here’s What Happens When It Goes Wrong

“I feel like I’m a burden to my family. The whole thing’s absolutely disgusting. It’s horrible. I wouldn’t wish this upon anybody, I really wouldn’t.”

What if I could go back in time to before I had my mesh implant for SUI? What are the things I wish I had known? What do I think I SHOULD have been told? What do I think are the basics that everyone should know before they have surgery for any pelvic repairs, including POP (Pelvic Organ Prolapse), Bladder Prolapse, and SUI (Stress Urinary Incontinence)? These are the top 10 on my list...

The public has learned about mesh complications largely through law firm advertisements but the story behind the solicitations remains largely untold. “Putting a Face on Adverse Events” is the mission of MND and its role has expanded as more information becomes available.

Their friendship was born out of adversity and a determination that no other women would have to suffer the devastating effects of mesh surgery. Today they are the best of friends, two women united in a common aim, to ensure no other woman is put at risk from the polypropylene mesh implants which have devastated hundreds of thousands of lives across the world.