Where in health am I? : Home / Health Cloud / Business of Health / Medical Devices / Prosthetics

Prosthetic technology is certainly advancing rapidly, but there’s a catch. For most people, these state-of-the-art devices are neither attainable, nor well suited for day-to-day life - Rose Eveleth 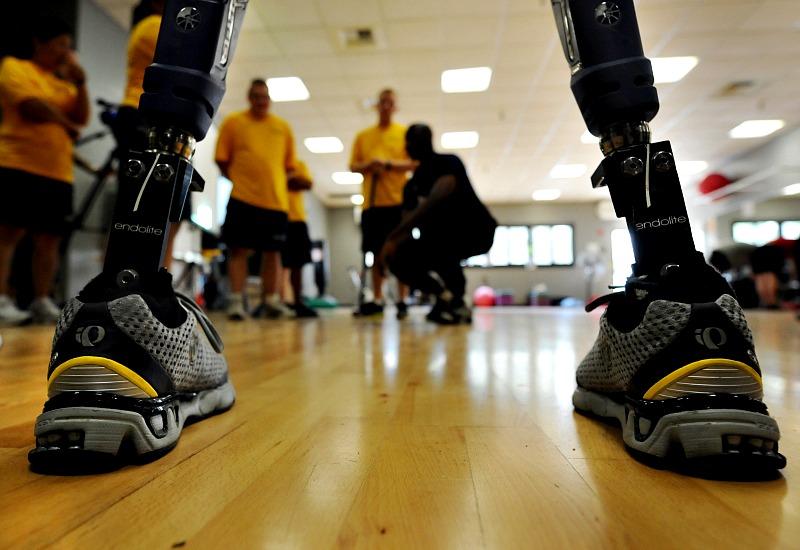 The earliest known prosthesis, dating possibly as far back as 950 B.C., was discovered in Cairo on the mummified body of an ancient Egyptian noblewoman. The prosthesis is made largely of wood, molded and stained, its components bound together with leather thread. It is, as prostheses go, tiny.

Because it is a toe.

The prosthetic digit—the oldest little piggy in the world—is extraordinarily lifelike, its curved nail sunken into a similarly curved bed. Which is, in its way, remarkable. A toe! One that is several thousand years old! And it's not just a toe-sized peg—a little device that would have made mobility more manageable for someone who was, by reasons of birth or amputation, missing her big toe. The prosthesis is, as much as it possibly could be, humanoid: maximally lifelike and maximally toe-like. The "Cairo Toe," as it's been dubbed, is prosthetic and cosmetic at once—evidence not just of ancient manufacturing stepping in where biology was limited, but of manufacturing engaging in an ancient form of biomimcry.

Compare the Cairo Toe to today's prostheses, many of which—especially those that dominate the public imagination—seem to be inspired less by "man," and more by the Bionic Man. The blades. The hooks. The exoskeletons. This week alone has brought news of a roboticized prosthetic hand that, possibly inspired by the workings of the claw crane, foregoes five fingers for three. It has brought news of a woman who created her own prosthetic leg ... out of LEGOs. Those stories come as part of a flood of coverage of the next generation of prostheses, in which technologies from adjacent fields—3D-printing, robotics, chemistry—are helping humans to transcend nature's narrow definition of humanity.

These devices—and this is the most important thing—will make life better for the many people who need them. But it's also worth noting that their impulse—the body, made more powerful or more beautiful through technological augmentation—is in some ways extremely un-prosthetic. These newest devices are less about technology filling in where nature has been limited and more about technology bettering nature itself. They're less about replication, and more about amelioration.

Which brings us back to that wooden toe from Cairo. The earliest prosthesis seemed to have no intention of bettering nature. Instead, it, and the devices that would soon follow, treated the body as a kind of platonic model, molding themselves according to the curves and planes of the human form. It wasn't until later—much, much later—that we began to think beyond the lifelike...

We have, with our creative adaptations of new technologies, moved beyond simple biomimicry. We have moved into a new realm of human augmentation. As Gear Patrol summed it up: "The real question the world should be asking isn’t 'will prosthetic science match what evolution spent 200,000 years perfecting?', but rather, 'when will it surpass it?'

Life & Limb: The Evolution of Prosthetics

From outfitting sprinters like Oscar “Blade Runner” Pistorius from South Africa, a double leg amputee competing in 2012 Summer Olympic Games, to giving wounded war veterans the chance to continue their mission, modern prosthetics are changing lives for the better.

When State-of-the-Art is Second Best

Prosthetic technology is certainly advancing rapidly, but there’s a catch. For most people, these state-of-the-art devices are neither attainable, nor well suited for day-to-day life.

Bionic Brains and Beyond

High-tech implants will soon be commonplace enhancements under our skin and inside our skulls, making us stronger and smarter. Daniel H. Wilson on our 'superabled' future.

Save your tears for Tiny Tim. A boom in sophisticated prostheses has created a most unlikely by-product: envy.

MIT Media Lab’s Hugh Herr explains how he looks to nature when developing new bionic appendages. The amputee and avid rock climber discusses how his biomechatronics division is pioneering the technologies that aim to augment human physical capabilities.

The service, which is provided to all athletes at no cost, extends to each venue, where on-site technicians change tires, tighten screws and adjust alignments.

Engineers at the Johns Hopkins University Applied Physics Lab have developed a next-generation prosthetic: a robotic arm that has 26 joints, can curl up to 45 pounds and is controlled with a person’s mind just like a regular arm.

Scientists Are Working On Prosthetics Controlled By Your Mind

Forget prostheses that merely resemble a human limb. Scientists are building bionic limbs with machines intelligence that can sense their environment and predict a user's intentions. Smart robotics will enhance the powers of the able-bodied, too.

The Insane and Exciting Future of the Bionic Body

From “i-limbs” to artificial organs, advances in technology have led to an explosion of innovation in the increasingly critical field of prosthetics.

This Prosthetics Startup Shows How Software is Eating the World

Y Combinator is applying the same tactics it uses to create software startups to the creation of driverless cars and medical devices.

The Perfect, 3,000-Year-Old Toe: A Brief History of Prosthetic Limbs

While today's prosthetics strive to surpass human capabilities, the earliest versions sought to replicate them.

8 Prosthetic Devices to Watch Out For

No one wants to be stuck using a prosthetic arm or leg. But there are some exciting—and sleek—advances on the horizon.

American Academy of Orthotists and Prosthetists

The American Academy of Orthotists and Prosthetists is dedicated to promoting professionalism and advancing the standards of patient care through education, literature, research, advocacy, and collaboration.

International Society for Prosthetics and Orthotics

ISPO aims to improve the quality of life for persons who may benefit from prosthetic, orthotic, mobility and assistive devices...

Prosthetics and Orthotics International is an international, multidisciplinary journal for all professionals who have an interest in the medical, clinical, rehabilitation, technical, educational and research aspects of prosthetics, orthotics and rehabilitation engineering, as well as their related topics.

Prosthetic limbs improve the quality of life for amputees, and Next Step Bionics & Prosthetics, Inc. seeks to provide the prosthetic care every amputee deserves. Not only do we have the most recent bionic and prosthetic technologies available, but we also focus on ensuring that our clients have proper-fitting sockets.

Resource for the latest news on prosthetics.