Where in health am I? : Home / Health Cloud / Business of Health / Research / Animal Research

The greatness of a nation and its moral progress can be judged by the way its animals are treated - Mohandas K. Gandhi 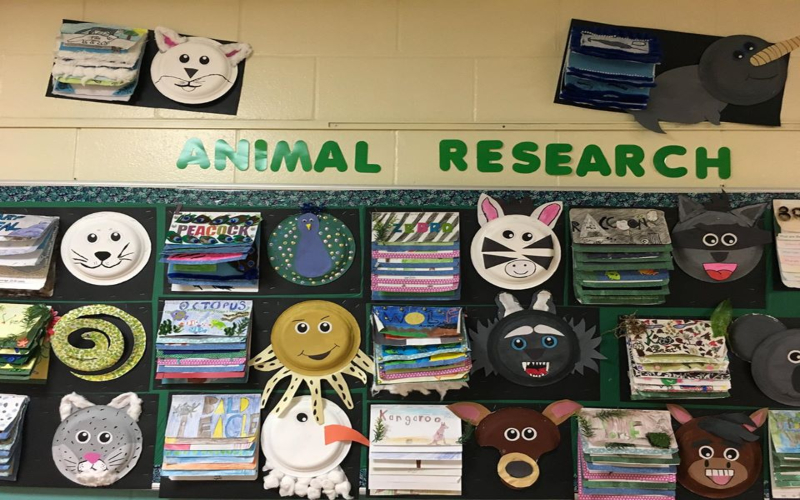 Scientific research sometimes requires the use of animals. It’s a fact. And as long as that is the case, we need to do everything in our power to minimize the distress for laboratory animals. This is not just for the sake of the animals, but also for the sake of science itself. We know that the quality of life of an animal can actually affect its physiology and, thereby, the research data.

But unfortunately, the standards of animal care vary greatly across countries and even across research institutes. The time has come to overhaul this system and replace it with globally enforced rules.

There are a lot of misconceptions about animal…

Should Animals Be Used for Scientific or Commercial Testing?

Proponents of animal testing say that it has enabled the development of many life-saving treatments for both humans and animals, that there is no alternative method for researching a complete living organism, and that strict regulations prevent the mistreatment of animals in laboratories. Opponents of animal testing say that it is cruel and inhumane to experiment on animals, that alternative methods available to researchers can replace animal testing, and that animals are so different from human beings that research on animals often yields irrelevant results

Animal research: is it a necessary evil?

The use of animals in research is by no means ideal and the promotion of ways to reduce this kind of research is well underway. The 3R principles – replacement, reduction and refinement – provide a framework for animal research by which all researchers and their institutions must demonstrate progression.

Animal Testing That Is Kind, Not Cruel

Most of us know that medical animal testing goes on, and we accept it as the bleak price we pay for the medical miracles that will hopefully save our parents, our children, ourselves, when a terrible disease takes hold. We know—or we should—that part of the process of testing drugs or therapies for human use involves making healthy animals sick, in order to test new treatments. But what if there was another, better way?

How Much Pain Should Animals Endure for Science?

Animal suffering is incredibly difficult to measure. So is whether or not it actually benefits research.

How You Can Help End Animal Testing In Cosmetics

Before a cosmetic product lands in your shower or makeup bag, there are a lot of steps in that journey. From the idea inception to product development to packaging design to marketing mock-ups, a lot happens along the way. And sometimes that includes animal testing. Studies have proven that animal testing correctly predicts human reaction to cosmetics only 40 to 60% of the time, while alternatives are accurate 80% of the time.

Is Animal Testing Ever Justified?

The E.P.A. recently said it would move away from requiring the testing of potentially harmful chemicals on animals. Do you support the decision?

All Animals Have Rights: A Researcher’s Perspective

As a biologist, I believe all living organisms have rights. As one who spends a good portion of every year in close company with smart and social animals, such as crows, ravens, and wolves, I am convinced that all birds and mammals deserve the care and consideration we give humans.

What Our Treatment of Orcas Tells Us About Our Societal Health

Most of us would agree that cruelty is unhealthy. And so a recent failure to act by the California legislature gives us a window into another way in which we are a very unhealthy society.

Animal Testing and Its Gifts To Humans

Recent progress treating Ebola and a deadly tumor was made with animals’ help.

Animals in research: do the costs outweigh the benefits?

Although animal ethics committees allow researchers to claim their research has “ethical approval”, in truth I would argue such systemic biases render the process fundamentally unethical. In short, contrary to the poorly-substantiated claims of animal researchers, the overwhelming majority of invasive animal experiments do not pass the cost-benefit test required by regulations and expected by society.

Animal testing is a deeply divided subject, with a great deal of passion, emotion and ideas on both sides regarding the ethics of this practice. There is also a grey area as well, where some individuals support animal testing only under special circumstances while they oppose its use for other areas.

How tech could spell the end of animals in drugs testing

in drugs testing We are in a pharmaceutical ice age where fewer drugs are being developed. But new computer modelling and bioengineering techniques could revitalise the industry – and make animal testing obsolete

Is Animal Research Ever Ethical?

We scientists do indeed take very seriously our commitment and obligation for the responsible and compassionate use of these animals. The strict regulations established by oversight agencies are fully embraced by researchers and institutions. Based on fact — and compassion for both people and animals — we know that this is ultimately profoundly lifesaving work.

Lab-Grown Human Skin Could Be the End of Animal Testing

Researchers made the first lab-grown epidermis, which could be used to test drugs and cosmetics.

Endangered species as well as pets benefit from humane testing.

Man's Best Friend Could Be The Key To Curing Cancer

We all know that dogs have the ability to help people. Guide dogs and emotional support pets are trained to assist individuals and their skills are praised and counted on by thousands of people. Now, dogs and cancer are becoming increasingly intertwined, as medical professionals are further understanding the important role dogs may play in finding a cancer cure.

Second Thoughts of an Animal Researcher

Acknowledging that our serious work as scientists can be a source of pain and distress to sentient, helpless and non-consenting beings can be difficult. The federal government should establish a national commission to develop the principles to guide decisions about the ethics of animal research. We already accept that ethical limits on experiments involving humans are important enough that we are willing to forgo possible breakthroughs. There is no ethical argument that justifies not doing the same for animals.

How did the guinea pig become a symbol of science?

Testing Our Humanity and Ingenuity on Animal Testing

Every year, 20 million animals — a number so big it’s hard to wrap your mind around it — are used worldwide in chemical studies, causing immense suffering and pain.

The Ethics of Animal Experimentation

"To cure disease and prevent death is to promote the fundamental conditions of social welfare."

The World Is Going Cruelty Free

With so much senseless animal cruelty in the world it can often seem like compassionate minded individuals have little hope of changing the status quo. However, history has shown that public opinion and consumer power have long been driving forces in influencing corporate behavior and legislative initiatives. It just takes time. The cruelty free cosmetics movement is no exception.

Too many mice are sacrificed for seriously flawed studies

The road to getting a new pharmaceutical drug on the market is long and brutal.

Want to Improve Medical Research? Cut Out the Animals!

Despite the fact that millions of animals are used in experiments each year, we have rarely actually scrutinized the data on animal experiments to determine how relevant they are for human diseases and for improving our lives.

Scientific research sometimes requires the use of animals. It’s a fact. And as long as that is the case, we need to do everything in our power to minimise the distress for laboratory animals. This is not just for the sake of the animals, but also for the sake of science itself. We know that the quality of life of an animal can actually affect its physiology and, thereby, the research data. But unfortunately, the standards of animal care vary greatly across countries and even across research institutes.

Animal testing is a controversial topic. Unfortunately, this has led to a great deal of misinformation and biased articles on the subject. Our aim is to present a single, accurate resource that discusses all sides of the debate on animal testing.

"I am on a mission to show how treating animals with kindness is not only good for animals, but also good for us. Join me as I explore how animal protection is a win-win for everyone."

Animals in laboratories suffer regardless of national boundaries, so our experts lobby and work with governments and politicians across the world. Always talking rationally and constructively, we set out the benefits of moving away from cruel and old-fashioned animal experiments. We challenge decision-makers to embrace progressive policy.

The International Association Against Painful Experiments on Animals (IAAPEA) was founded in 1969 and is against all experiments, animal testing, vivisection and procedures performed on laboratory animals.

People for the Ethical Treatment of Animals (PETA) is the largest animal rights organization in the world, with more than 3 million members and supporters. PETA focuses its attention on the four areas in which the largest numbers of animals suffer the most intensely for the longest periods of time: on factory farms, in the clothing trade, in laboratories, and in the entertainment industry.

We aim to provide all you want to know about animal research, whether you are a concerned member of the public or have a special interest.