Where in health am I? : Home / Health Cloud / Business of Health / Funding / Crowdfunding

If we use crowdsourcing for healthcare costs as a way to replace what a good healthcare system might do, then we’re really creating a new health disparity - Margaret Moon 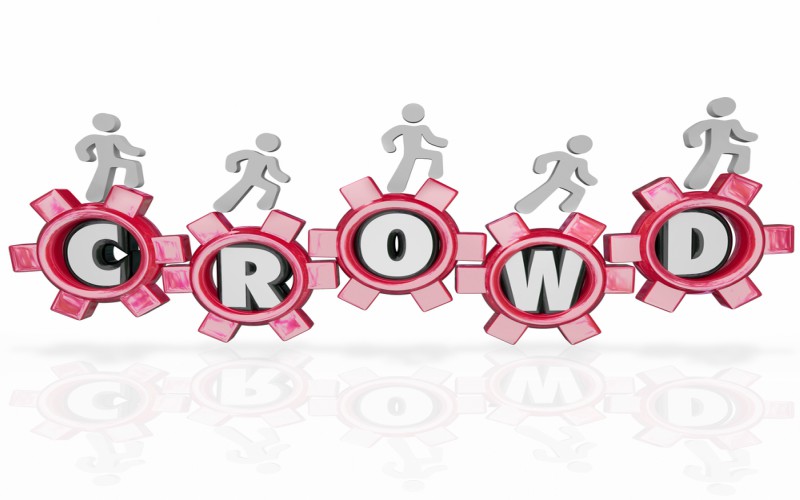 But the Immunity Project's attempt to create just such a vaccine has been a cause of much disagreement over the question of whether medical research should ever be crowdfunded. It's a debate that's been raging ever since medical research first popped up on the crowdfunding stage. But because crowdfunding is relatively new territory, that debate isn't all that old. According to

Crowdfunding for Medical Bills Shows the Limits of Empathy

Kickstarter has been around for a while now. You’ve probably seen someone try to use it to raise money to make a film or video game or whatever else. In recent years, though, it feels like a different, less sunny form of crowdfunding is on the rise: Crowdfunding appeals, usually on sites like GoFundMe or YouCaring, for people who are in dire financial straits and are seeking out strangers’ assistance.

Crowdfunding for medical expenses is rising — when it should be eradicated

It should be obvious as a fundamental principle that in a civilized country, crowdfunding for direct medical expenses should be utterly unnecessary. You get sick or injured, your medical care should be covered by the community at large.

Crowdfunding first drew national attention as a way to fund a new invention, finance a film, or take a once-in-a-lifetime trip. Over the last five years, two major genres of crowdfunding have emerged: one, very broadly conceived, for the fun, fantastical, and entertaining (think Kickstarter and Indiegogo); another for the serious (GoFundMe, YouCaring, and at least a half dozen others). Crowdfunding is fantastic at addressing need — but only certain types, and for certain people. It can activate our most charitable selves, but it also, through its very format, often exploits our worst societally ingrained biases

The Unseen Perils of Crowdfunding for Investors

Crowdfunding platforms such as GoFundMe and YouCaring have turned sympathy for Americans drowning in medical expenses into a cottage industry.

Crowdfunding is the Sad, Dark Future of Healthcare

With the need to reinvent health care and the challenge to getting a startup off the ground in the health care industry, MedStartr strives to fill a critical market gap. No one expects it will replace venture capital, but it can get more companies to that stage of their company’s development.

Crowdfunding: What’s in It for Scientists?

While crowdsourced science may not be changing the funding game, undeniably—it is making scientists think more seriously about connecting to the public.

Even the Insured Often Can't Afford Their Medical Bills

The debate over the future of healthcare is obscuring a more pedestrian reality: Insurance may handle most costs, but many Americans still need to turn to charity for help when they get sick.

Is It Fair to Ask the Internet to Pay Your Hospital Bill?

“If we use crowdsourcing for healthcare costs as a way to replace what a good healthcare system might do, then we’re really creating a new health disparity,”

Medical Care, Aided by the Crowd

Watsi represents the next generation of charities dependent on online donors, evolving the model started by sites like Kiva.

Unless you’ve been living in a remote island for the last few years, you’ve heard about crowdfunding or stories of people raising thousands or millions of dollars online. In fact, there’s been so much chatter out there about crowdfunding that people love to throw out the line “yeah, I’ve heard there are something like 500 crowdfunding sites.” While hundreds of sites may be popping up, not all of them have real communities and funding successes under their belt.

Why are so many Americans crowdfunding their healthcare?

Online donation sites are booming as patients with little or no health insurance turn to strangers to help pay medical costs.

Over time, crowdfunding has morphed into a platform to finance an array of requests. There are even niche crowdfunding sites dedicated solely to raising money for funeral expenses. Most significant may be the rise of campaigns to crowdfund medical problems and bills

CauseVox is a community-driven fundraising platform trusted by thousands of fundraising teams at nonprofits to help them activate their supporters, reach new donors, and raise more online.

My number one goal is to see to it that you have all the tools and knowledge to run a successful crowdfunding campaign.

Connecting entrepreneurs with investors around the world to help fund their business and fuel economic growth.

Microryza is an online crowdfunding platform for research, where donors learn and share discoveries through updates in real-time. It's simple: Microryza gives donors the ability to discover a great research idea, support it with a contribution, and learn by connecting directly with the researcher.

Fundable is an online funding platform for small businesses.

FundRazr is the easy-to-use crowdfunding site for anyone, anywhere, to raise money for any project or cause online.

With more money raised online than anywhere else, GoFundMe is trusted by millions as the online fundraising expert.

Indiegogo is the world's funding engine. We empower people to fund what matters to them.

Each and every Kickstarter project is the independent creation of someone like you. Want to know more about how projects happen, or start your own?

Millions of Patients around the world are standing up and taking an active role in their health, including supporting the care innovations that matter most to them. MedStartr enables patients, doctors, institutions, partners, and investors to find and fund the best ideas in healthcare and bring them to life. Join us today!

Building technology to finance healthcare for everyone.

Raise money for a variety of humanitarian causes.