We all have a responsibility to protect endangered species, both for their sake and for the sake of our own future generations - Loretta Lynch 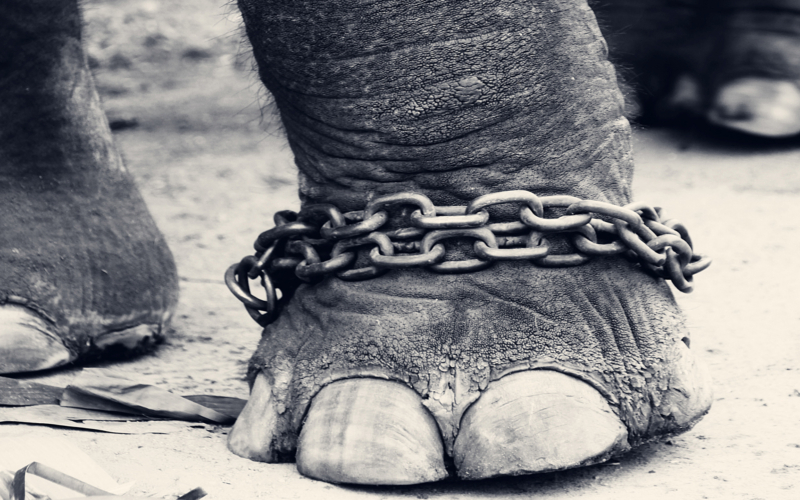 Even vegans kill. They rip living organisms from the ground and consume them, every day contributing to the slaughter of innocent spinach and kale plants so that their human bodies might survive.

Who can blame them? It's a biological fact of life that all living creatures must consume to live, and food that fuels all of us above microscopic size must be organic in nature. For humans, that means choosing…

Opening the Heart’s Floodgates, With a Paw

Many of us have more love inside than we know what to do with, but are too bottled up. Which is where dogs can come in. With them, we can let our love flow freely without fear of being judged or rejected. They are like safety valves.

The Rescue Networks That Save Cats and Dogs From Hurricanes

The recent pace of work has been unusual, but the type of work is not. Whether through formal networks like the Humane Society’s emergency-placement partners or through informal relationships between shelters, rescue animals often move around the country before finding a home.

Top 15 Best Animal Charities You Can Donate To...

We have created a list of 15 animal charities that include dogs and cats to farm animals, marine mammals, and wildlife. Some of these organizations are large and have been around for decades. Others are newer and made it to the list because of their unique programs or mission.

10 Animals Whose Fates Rest In Our Hands

Our beautiful planet is a diverse and resilient place, filled with countless creatures who stir our hearts and imaginations. But sadly, human activities and the global climate change we're precipitating threaten that diversity and resiliency.

20,000 Species Are Near Extinction: Is it Time to Rethink How We Decide Which to Save?

Choosing the ones to save is driven mostly by whether we like them or not.

When the world appears bleak, it’s important to remember that many people are working every day to improve the lives of others with their non-profits. My favorite cause is helping our furry friends. Animals, especially domesticated ones, depend on our resources and support to live. Sometimes a few dollars can make the difference between a life saved or lost.

We know there are many great animal protection organizations out there, so let’s get started by looking at these five fantastic organizations fighting to protect endangered species and their natural habits.

The Earth has entered its sixth mass extinction phase, a new study warns, and the time we have to avoid dramatic consequences is rapidly running out.

No Pet For You

Want to adopt a dog or cat? Prepare for an inquisition at the animal rescue.

Since 1951, the Animal Welfare Institute has been dedicated to reducing animal suffering caused by people. We seek better treatment of animals everywhere - in the laboratory, on the farm, in commerce, at home, and in the wild.

National animal welfare organization working to end the killing in America's shelters. Together, we will Save Them All.

Defenders of Wildlife is dedicated to the protection of all native animals and plants in their natural communities.

Friends of Animals is a non-profit, international animal advocacy organization, incorporated in the state of New York since 1957. Friends of Animals works to cultivate a respectful view of nonhuman animals, free-living and domestic. Our goal is to free animals from cruelty and institutionalized exploitation around the world.

Helping the hungry by rescuing and donating leftover food to homeless shelters.

Established in 1977, Sea Shepherd Conservation Society (SSCS) is an international non-profit, marine wildlife conservation organization. Our mission is to end the destruction of habitat and slaughter of wildlife in the world's oceans in order to conserve and protect ecosystems and species.

United for Wildlife was created by The Royal Foundation of the Duke and Duchess of Cambridge and Prince Harry. Led by the Duke of Cambridge our campaign unites the world’s leading wildlife charities under a common purpose; to create a global movement for change.

Since Wildlife Alliance began its life in 1994 as the Global Survival Network, the organization has worked with local governments, communities, and other non-governmental organizations to implement cutting-edge conservation programs in Southeast Asia, Russia, South America, and the Western Pacific. These programs aim to protect the rainforest, preserve the watershed, and stop the illegal wildlife trade through direct action on the ground.

WCN’s mission is to protect endangered species and preserve their natural habitats by supporting entrepreneurial conservationists who pursue innovative strategies for people and wildlife to co-exist and thrive.

Our vision is a world where animal welfare matters and animal cruelty has ended - together we can move the world for animals.

Our mission is to conserve nature and reduce the most pressing threats to the diversity of life on Earth.

The African Wildlife Foundation, together with the people of Africa, works to ensure the wildlife and wild lands of Africa will endure forever.

The mission of American Humane Association is to ensure the welfare, wellness and well-being of children and animals, and to unleash the full potential of the bond between humans and animals to the mutual benefit of both.

THE ANIMAL RESCUE ALLIANCE (TARA) is a 501(c)3 no-kill rescue and sanctuary located in Chatsworth, CA. We offer a cage-free haven to abused and abandoned cats, dogs and farm animals, including goats, horses, donkeys, geese and even parrots! Whether you are interested in adopting a new companion, volunteering to be a friend to a homeless animal at our ranch, or helping with a donation, we welcome you!

Dedication & Everlasting Love to Animals, also known as D.E.L.T.A. Rescue is the largest “No Kill, Care-for-Life,” Sanctuary of its kind in the world.

Feeding Pets of the Homeless

Feeding Pets of the Homeless is the only national animal organization focused on feeding and providing emergency care to pets of homeless people.

Gorilla Doctors is dedicated to saving the mountain and eastern lowland (Grauer’s) gorilla species one gorilla patient at a time. Our international veterinary team provides hands-on medical care to ill and injured mountain and Grauer’s gorillas living in the national parks of Rwanda, Uganda, and the Democratic Republic of Congo (DRC).

HFA's goals are to protect farm animals from cruelty and abuse, to protect the public from the misuse of antibiotics, hormones, and other chemicals used on factory farms, and to protect the environment from the impacts of industrialized animal factories.

IFAW believes in the intrinsic value of animals and that we have a responsibility to protect them from suffering and unnecessary exploitation.

Wildlife conservation has traditionally focused on wildlife, not people. At Lion Guardians, we take the opposite approach. For almost a decade we have worked with local communities to protect lions by blending traditional knowledge and values with science. The result is a model that is locally appropriate, community-owned and scientifically-backed.

Our goal is to help create a world where we eat delicious food and use amazing products that provide us with maximum benefit and have minimum impact on the planet.

Panthera's mission is to ensure the future of wild cats through scientific leadership and global conservation action.

PAWS is a champion for animals—rehabilitating injured and orphaned wildlife, sheltering and adopting homeless cats and dogs, and educating people to make a better world for animals and people.

PETA focuses its attention on the four areas in which the largest numbers of animals suffer the most intensely for the longest periods of time: on factory farms, in the clothing trade, in laboratories, and in the entertainment industry. We also work on a variety of other issues, including the cruel killing of beavers, birds, and other “pests” as well as cruelty to domesticated animals.

Our goal is to find a lifelong, loving home for every pet.

Save the Manatee Club

Our mission is to protect endangered manatees and their aquatic habitat for future generations.

Our mission is to expand knowledge about marine mammals—their health and that of their ocean environment—and to inspire their global conservation. Our core work is the rescue and rehabilitation of sick and injured marine mammals, supported by state-of-the-art animal care and research facilities, a corps of dedicated volunteers, and an engaged community.

An Oxford First! Founded in 1986, WildCRU was the first university-based conservation research unit in Europe. Today we are recognised as a world leader in our field.

World Land Trust (WLT) is an international conservation charity, which protects the world’s most biologically important and threatened habitats acre by acre. Since its foundation in 1989, WLT has funded partner organisations around the world to create reserves, and give permanent protection to habitats and wildlife.