Where in health am I? : Home / Health Cloud / Healtainment / TV

Most people associate hospitals with disease. I think of romance. But that's another story - Dr. Daniel Auschlander, St. Elsewhere 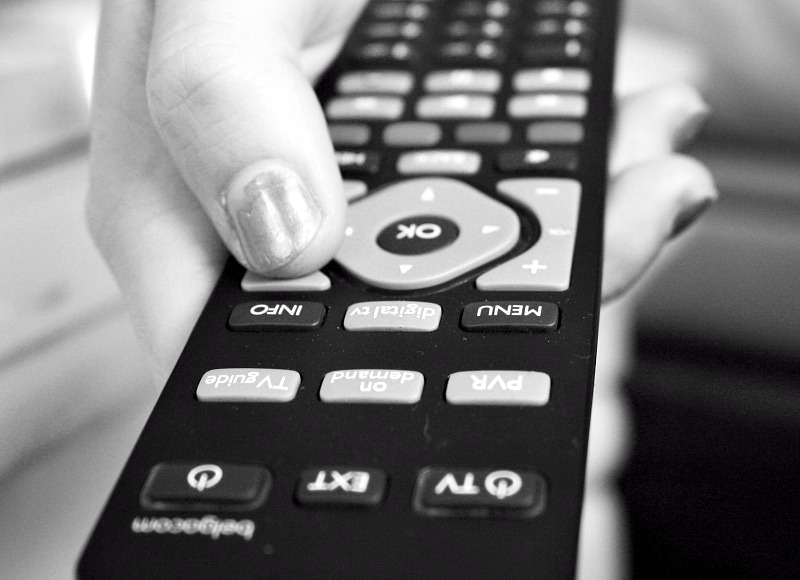 Health Care in the Time of Grey's Anatomy

It is hard to overemphasize how much I loved Grey’s Anatomy in high school. I loved it superstitiously. Due to a weird set of coincidences, I truly believed that if Grey’s Anatomy wasn’t new that week, I would have a bad week. At the time, it aired on Sunday nights, and I took it as an omen. I would show up to school Monday morning filled with dread after a rerun.

I don’t blame Shonda Rhimes for my misfortunes anymore. But hours (or, more accurately, probably days) of watching Grey's, Scrubs, and other medical TV shows has still shaped my life, if research is any indication. Several studies have shown that people who watch a lot of medical shows are more likely to believe certain…

Netflix recently released a medical reality series called Diagnosis. The show is based on Dr. Lisa Sanders’ column in the New York Times, in which she uses the NYT’s unparalleled readership and reach to crowdsource diagnoses for patients needing answers.

How Badly Does Hollywood Distort Truth In Medical Dramas?

Most people (fortunately!) don’t spend a lot of time in a hospital. Instead, they are busy working, spending time with friends and family, socializing, attending school, shopping, enjoying recreational activities — in other words, living their lives. But this also means that people who don’t work in health care also have relatively little direct experience of what happens in the hospital after a serious accident or injury. And much of what they “know” is shaped by fictional portrayals on television and the movies — which may or may not be very realistic.

Let’s just get this clear right out of the gate: The Resident is not a new House. But, it is also not a new ER. It is something wholly unique. There’s a lot to love about the medical drama. It puts a new spin on the genre by painting veteran doctors as sleazy, power hungry people obsessed with the bottom line - a role usually reserved for hospital administration in this kind of show.

There’s no evidence to suggest that viewers have given up on TV doctors because they’ve lost respect for the medical profession. But they seem to have lost patience with overcomplicated premises.

Expectations of the healthcare experience may be influenced by television dramas set in the hospital workplace. It is our perception that the fictional television portrayal of hospitalization after injury in such dramas is misrepresentative. The purpose of this study was to compare trauma outcomes on television dramas versus reality.

Grey’s Anatomy is unrealistic, but it might make junior doctors more compassionate

Television medical drama, it seems, is still an important avenue for portraying the medical profession and medical care. In this digital age, future researchers should broaden the focus to investigate how doctors and patients alike present videos and images of themselves and medical procedures in online forums and social media, such as YouTube, Instagram, Pinterest and Snapchat.

She may be the most powerful crank enabler on the planet.

The Facts and Fiction of On-Screen Medicine

After watching movies like Contagion, does the public become unduly germophobic? If I have to tell a future patient that she has lupus, will I face House-induced incredulity? And will I have to explain what really happens in supply closets?

Its success suggests antihero TV’s time has come and gone.

It reimagines an early 1900s hospital as a blood-drenched hellscape.

The TV Series Hospital CEOs Don’t Want You To See

In the shadow of the British Medical Journal reporting that medical errors are the third leading cause of death, The Resident is the TV show hospital CEOs don’t want you to see. The new Fox TV series pulls back the veil on how financial incentives create a toxic brew in hospitals that is leading to extraordinary levels of mistakes, burnout and and even suicide by nurses and doctors.

We talk to experts about the positive benefits of watching children's television shows.

Health Care in the Time of Grey's Anatomy

How medical television shows have shaped people's perceptions of doctors and diseases.

The DO examines the medical wisdom embedded in this show about nothing.

Here are six myths about doctors and medicine that Hollywood frequently puts out there, along with four surprising tropes it often gets right...

Dr. Lisa Sanders crowdsources diagnoses for mysterious and rare medical conditions in a documentary series based on her New York Times Magazine column.

An origins story, beginning in 1947, which follows Ratched’s journey and evolution from nurse to full-fledged monster tracking her murderous progression through the mental health care system.

A young gay man with cerebral palsy branches out from his insular existence in hopes of finally going after the life he wants.

When Dr. Bashir “Bash” Hamed (Hamza Haq, "Quantico"), a charismatic Syrian doctor with battle-tested skills in emergency medicine, flees his war-torn homeland, he and his younger sister Amira (Sirena Gulamgaus) become refugees struggling to forge a new life in Canada. But if Bash ever wants to be a doctor again, he must redo his medical training from the ground up and obtaining a coveted residency position is nearly impossible. But when a horrific truck crash nearly kills a senior doctor right in front of him, Bash saves the doctor's life and earns a residency in the biggest Emergency Department of the best hospital in Toronto.

From prolific creators Ryan Murphy and Brad Falchuk, new procedural drama 9-1-1 is a fast-paced exploration into the lives and careers of first responders – cops, paramedics, firefighters – the people who put their lives on the line to save others.

This long-running BBC drama depicts the lives of the patients, doctors, nurses and paramedics attending the frantically busy accident and emergency department of the large Holby General hospital.

From Emmy Award-winning executive producer Dick Wolf (the “Law & Order” and “Chicago” franchises), “Chicago Med” is an emotional thrill ride through the day-to-day chaos of the city’s newest state-of-the-art trauma center and into the lives of the courageous doctors, nurses and staff who hold it all together.

The Doctor, over 2,000 years old, travels through time and space in a blue phone box and is rarely seen without his companions. This is the revived series of Doctor who, which first aired in March of 2005, 42 years after the old series which began in 1963 and ran up until the 1990s - IMDb

Following doctors and nurses as they treat patients in major medical centers.

General Hospital, the Emmy Award-Winning drama series hailed by critics as the 'The Greatest Soap Opera of All Time'.

Get the inside scoop from the show writers; stories from Joe, your favorite bartender or your dose of juicy gossip from Seattle Grace's nurse Debbie...

Drama series about life on the wards of Holby City Hospital, following the highs and lows of the staff and patients.

In the wake of the ambulance crash that ended Season 1, medical director Dr. Max Goodwin grieves the death of his wife, Georgia, and learns the difficulties of being a single parent - all the while continuing his commitment to solve systemic health care issues at the hospital.

Each episode in this eight-part series toggles between the renowned surgeons of Manhattan's New York Presbyterian Hospital and the gritty world of trauma surgeons at Newark's University Hospital where the ER is a doorway to the mean streets of one of America's most violent cities. This limited series takes a deep dive into high stakes medicine through the eyes of unforgettable characters.

Previously, Dr. Oz was a featured health expert on The Oprah Winfrey Show for over five seasons, spanning 55 episodes. He has also served as chief medical consultant to Discovery Communications, where his Transplant! series won both a Freddie and a Silver Telly award.

The Balancing Act is an original, exciting, informative, half-hour, magazine-formatted television series, hosted by Dr. Wendy Walsh, and Kathy Peterson. If you are a woman who is juggling career and home, you want to get it right when it comes to health, family, finances and lifestyle.

Debating everything from the benefits of plastic surgery to the controversy surrounding autism and vaccines, this medical dream team is the go-to source for information on the latest scientific breakthroughs.

Shaun Murphy, a young surgeon with autism and Savant syndrome, is recruited into the surgical unit of a prestigious hospital.

Set in downtown New York in 1900, 'The Knick' is a new Cinemax drama series from Academy Award and Emmy-winning director Steven Soderbergh. It is centered on the Knickerbocker Hospital and the groundbreaking surgeons, nurses and staff who work there, pushing the bounds of medicine in a time of astonishingly high mortality rates and zero antibiotics. Soderbergh directs all 10 episodes of the series' first season.

Welcome to the night shift, where the toughest and craziest cases always seem to come through the door. Every shift is a fight between the heroic efforts of saving lives and the hard truths of running an underfunded hospital. At San Antonio Memorial, the men and women who work the night shift are an irreverent and special breed, particularly adrenaline junkie TC Callahan (Eoin Macken, "Merlin"). After three grueling tours of duty in Afghanistan, TC is about to learn that his toughest battles will be fought right here at home.

THE RESIDENT is a powerful new medical drama focusing on the final years of a young doctor’s training that rips back the curtain to reveal the truth of what really happens, both good and bad, in hospitals across the country.