Where in health am I? : Home / Health Cloud / Opinions / Blogs / Addiction

The most auspicious moment of your life is when you make the commitment to know the truth, a commitment so firm there is no turning back - Swami Chidvilasananda 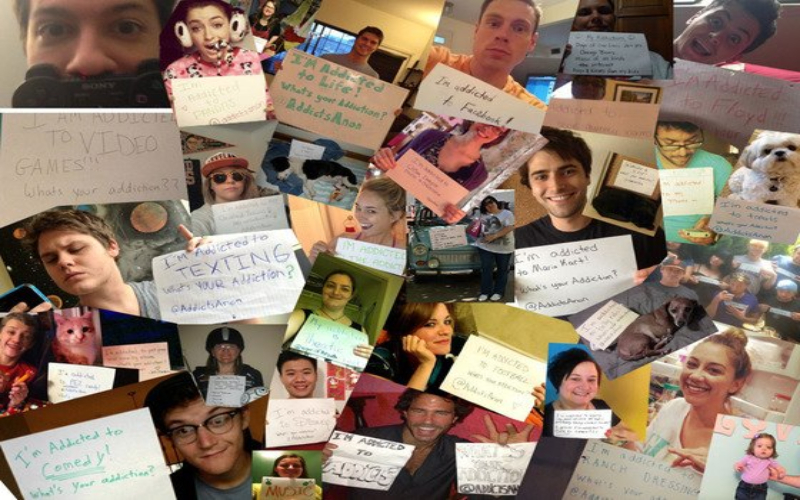 I started with twenty-four. Twenty-four Waterford wine glasses. It was weeks before my wedding to the man I so arduously loved. Some were gifts from my family. Many were gifts from our friends. The blue boxes with white ribbon poured in like the wine collection I so astutely built. I took each one out of the box, unwrapping their delicate tissue. The chardonnay glasses with their spindled stems- as if ready to be caressed by the sophisticated hand. Waiting for the candlelight to pour through, reflecting romantic evenings.

The cabernet glasses with their wide mouths waiting for a supple reward. I could tilt the glass back to meet the succulence in my lips. Finally, my most cherished eight...the Bordeaux glasses. They were the generals in my army. The glasses were heavier in weight yet far more elegant than the rest. I sat waiting for the right vintage to begin my revolution.

I whimpered when I broke the first six. Three months after my nuptials to the man I thought I loved. The expensive vintage collection began to dwindle. In its place came the bottles that I found at a local winery. Not a bottle from Georges Duboeuf, but some fine wine. A large soiree, friends mingling around the fire. Forbidden fruit poured endlessly by the gracious host, who was subsequently in the Garden of Eden herself.

Words began to unfold and emotions began to erupt. First went the chardonnays. Thrown with such vigilance. Aimed right at my beloveds head. There went two hundred dollars towards the refrigerator door. Tearfully, I swept up the shards of glass. But, alas there were eighteen more. I still had the reds. In my battle, I had lost a troupe but still had soldiers.

I cried when I broke the next four. In the early light of spring, I reached for a glass. My coordination stifled by my constant imbibing. I poured a bottle of inexpensive cabernet into my tall glass. I no longer took trips to the winery anymore. I had been there far too often; my face was beginning to be recognized by the patrons. I searched for replacements and conjured up my imaginary wineries in Southern France. I could pretend. I could pretend that my wine rack was not empty. I could pretend that I was not alone.

I was drinking away the grief that his silence caused. The grace of the Waterford could not still my shaking hands. I dropped them. Four of my best friends dropped in one evening. With such ferocity, I tried to save them. I had my own personal drunken funeral for my glasses. Tossed into the trash compactor.

I sobbed when he took the next eight. Fall had come. He left with the decanter. The wonderful Waterford decanter. With it etchings so meticulously set in the glass. He lovingly wrapped up the reds and left me with six. He continued the romance, the love affair with elegance and sonnets. Only, my glasses were now empty on the shelf. No life seeped into them. No reflection from candles would burn again. Dust began to choke my thirst. And the flames had been extinguished. Candlelight would no longer pour through the same glass. The wine bottles taken to a new place. To begin a new life. Without me.

I panicked when I broke the next five. One more left. I no longer looked at the glasses with a fervent eye. I used them for anything that could numb the pain. Vineyards had stopped producing the fruit of my garden. In its place found the weeds of alcohols existence. I could only bring myself to lift the glass if it contained venom. I had begun to despise the glasses for the life that used to be contained in them.

Glamour had ceased to exist. The clanging of glasses was not in toast but in concerted effort to forget celebration. If the glass was not full, I panicked. Pouring into the loneliest, endless black hole. But not even the last of the glasses could sustain the ache. I threw them in angst. Threw them into the floor as if I could demolish my past. As if I could break this state of destruction. Angry rants begot sophisticated conversation. The stems became daggers into my own heart. One final glass remained.

I rejoiced when the last one broke. It stood on the shelf. An icon to my former life. I worshipped the last glass as if it was on a pedestal. Like a far removed screen star. I looked lovingly at the shining reflection every evening. Yet, I hadn't touched it in months. Hadn't caressed its sleek, smooth body.

A friend from my old life came. She let it go. It slipped out of her hand. I watched it. I saw its demise. Falling, falling, it shattered into tiny pieces. The stem no longer recognizable. The body marred. Suddenly in one moment, the pieces were gone in the trash. I had scraped them up and thrown them into the past. I looked up. My heart lifted. The war was over. The Waterford was gone. The whites, the reds gone from my life. The wine defeated. Swept up into a pile and discarded into the past. I smiled.

My glass was empty. My life was full.

People have requested that I post this again, I wrote this story years ago..... I started with twenty-four. Twenty-four Waterford wine glasses. It was weeks before my wedding to the man I so arduously loved. Some were gifts from my family. Many were gifts from our friends.

Articles and health studies about drugs, addiction and alcoholism, including the most recent scientific and medical findings.

Our belief is that alcoholism and drug addiction are life long, chronic, progressive diseases which demand a life long set of practices as a way of living if we are to experience permanent recovery.

Entered a treatment centre in the spring of 2006. After swimming in a sea of self-pity/depression forever, I found myself above water, breathing. This is about my journey to honesty and recovery.

It's A Girl Thing

Facing life sober, one day at a time.

One of the biggest fears of beginning any journey is the unknown. We do not know where the journey will take us and that can be quite scary. What will we uncover? What will we find along the way?

News and issues for Alcohol Tobacco and Other Drugs{ATOD) professionals.

A Reason A Season A Lifetime

I believe that people come into your life for a reason, a season, or a lifetime, sometimes all three. I believe some people are simply the best and others will drag your ass down.

Hi and thanks for visiting. I have an alcoholic brain. I will try to post comments daily about how this alcoholic brain functions. Sober date: October 4th, 2005.

I want to be able to talk about being a sober member of Alcoholics Anonymous without anonymity concerns.