Where in health am I? : Home / Health Cloud / Opinions / Blogs / Stroke

Few things in the world are more powerful than a positive push. A smile. A world of optimism and hope. A 'you can do it' when things are tough - Richard M. DeVos 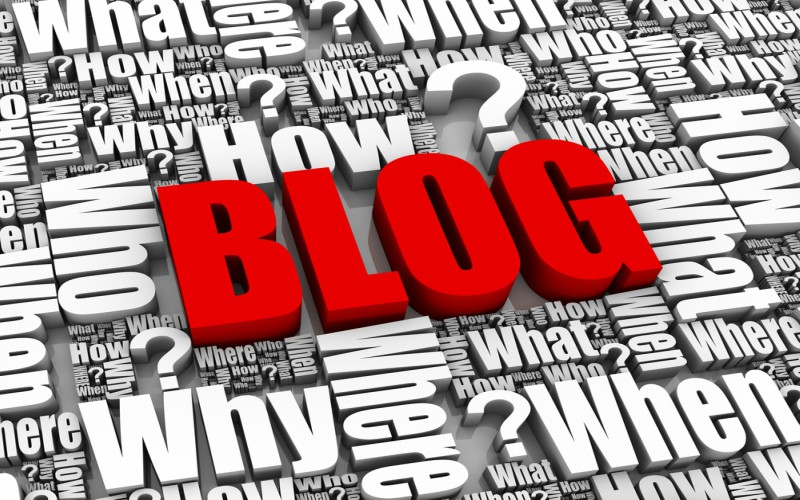 Who's known as Generation Y or Echo Boomers, born between 1980-2000, totally immersed in a world of digital technology, the largest generation in western history since the1930s, were the number one reason why Barack Obama won the Democratic nomination during the primary season, focus on larger societal needs rather than individual ones, are mostly liberals, favor the legalization of weed and same-sex marriage, are non-religious, impatient, and adventurous?

Answer: Welcome to the world of Millennials.

Oh. One more thing. More Millennials are having strokes.

So if you're one of the millennials, put down your damn iPad or iPhone or whatever techie-toy you use and read this f***ing post. If you don't read it, and that goes for parents and relatives and friends of millennials, that's just pure stupidity.

An analysis of Millennial strokes in Scientific American, reported by Dina Fine Maron one month ago, finds this trend differs, depending on where one resides and depicted in the graph below. The South has most; the West has least. Big cities has most; rural areas has least.

Yes, it's true. A growing body of research indicates strokes among U.S. millennials—ages 18 to 34—have climbed significantly in a little more than the last decade.

The investigation used data from the U.S. Department of Health and Human Services’ Agency for Healthcare Research and Quality (AHRQ) and discovered the hospital stroke victims' discharge data increased from 2003 to 2012.

Furthermore, a study published earlier this year in JAMA Neurology concluded that there was a 32 percent uptick in women stroke survivors in the 18- to 34-year-old range and a 15 percent spike for men in the same range from 2003 to 2012.

With Scientific American's analysis, they decided to research further to investigate whether the stroke trend differed by areas.

Ralph Sacco, president of the American Academy of Neurology, said, “There has been mounting evidence from different studies suggesting that even though the incidence and mortality of stroke is on the decline, the rates may not be dropping quite as much—and even [may be] increasing—among younger populations. The reasons for these trends are not entirely clear but there are concerns about obesity, diabetes and physical inactivity having a greater impact in younger stroke victims.” Drug use, he said, may be another factor.

Moran reported earlier analysis from stroke expert Mary George and colleagues at the Center Disease Control and Prevention found stroke risk factors such as obesity, smoking and hypertension are escalating among younger adults.

“I think this data is consistent with other data, and so whenever you have replication consistency across different data sets we begin to take it seriously,” Sacco adds. “I think the fact that we see this trend across all regions, and that we see the amount of relative increase for hospitalizations rising for stroke, is alarming.”

In 2012, Dr. Brett Kissela, professor and chair of the Department of Neurology and Rehabilitation Medicine at the University of Cincinnati, specializes in factors that influence stroke outcome, including diabetes and drug use among the younger adult population. The study was supported by the National Institutes of Health.

"The rising trend found in our study is of great concern for public health because strokes in younger people translate to greater lifetime disability," said Kissela. He added that "younger adults should see a doctor regularly to monitor their overall health and risk for stroke and heart disease.”

That said, if you know any millennials, share this post with them, providing an opportunity for them to stay healthy. Stroke is a bitch. Take it from somebody who surely knows.

Source: Joyce Hoffman, ALERT: Millennials Are Prime Candidates for Stroke, Too, The Tales of a Stroke Patient and More, July 16, 2017.

The Silent Stroke: Holy Crap! aka You Might Have a Stroke and Not Know It Until Something's Not Right in Your Brain

My hemorrhagic stroke (there are two prominent ones: hemorrhagic and ischemic) was evident: facial paralysis (especially the eye slightly closing and the crooked lip), one-sided weakness (little movement or none al all), and trouble talking at first (I didn't speak for 5 weeks). But not everyone experiences those symptoms. Welcome to the Silent Stroke.

Is there a “silver bullet” for stroke recovery?

Let me make this perfectly clear, there is NO silver bullet for stroke recovery! All the claims you might hear of and those websites of testimonials from stroke survivors are nice but definitely not adequate for you to be spending your hard earned money on.

ALERT: Millennials Are Prime Candidates for Stroke, Too

Oh. One more thing. More Millennials are having strokes. So if you're one of the millennials, put down your damn iPad or iPhone or whatever techie-toy you use and read this f***ing post. If you don't read it, and that goes for parents and relatives and friends of millennials, that's just pure stupidity.

What seems like eons ago, David Letterman used to give the viewers the 10 great visions for the new year. Sometimes sardonic, hilarious, insulting, I always got a chuckle out of them, sometimes silently for fear I'd offend somebody else in the room. You never know. People are so finicky. Anyway, my 10 thoughts for the new year are not in any specific order.

Stroke often leads to widespread and long-lasting problems. However, stroke blogs can help your rehabilitation process by providing useful information, encouragement, and support from people also affected by stroke. We have picked the 10 best stroke blogs to assist with your recovery.

Launched by Stroke in January 2013, Blogging Stroke highlights high-impact studies published in the journal. In addition to article summaries, Blogging Stroke includes interviews with authors of recently published Stroke articles and keeps a pulse on the latest happenings in the stroke field through coverage of conferences, including the European Stroke Organisation Conference and the International Stroke Conference.

On February 1st 2017 my wife came home from work, sat on a chair in the kitchen and said; “I think I’m having a stroke.” Ten minutes later she collapsed with a massive brain bleed. This personal blog details the immediate aftermath and her ongoing recovery from that stroke.

Home After a Stroke

Work smarter instead of harder.

My mind disappeared. When it came back, it was not the same…I am a quirky young woman whose Mind went Pop. I was 26 when a stroke took away my limbs and speech. This stroke comic book is designed to make you think. Mindpop. Strokes are hell. They have dark comedy too. I live in Boston, Massachusetts.

A recovery plan designed for you.

The Stroke Blog aims to educate the public about stroke through patient stories and explanations of stroke-related stories in the media.

The Tales of a Stroke Patient and More

I was well and then I wasn't. In one second, my life changed forever. I type with only one, functional hand. Even so, I am the author of "The Tales of a Stroke Patient," the true story behind my stroke and its consequences, including deplorable nurses, gruesome depression, and a motorized shopping cart gone wild.

A niece gave me the book"Julie and Julia" for Christmas and when I finished it, I thought that since starting a blog when she took on the challenge of working through every recipe in Julia Child's "Mastering the Art of French Cooking" was such a good idea for Julie Powell, it could also work for me as a way to look back and see progress during my recovery journey - no less daunting, I think, than mastering French cooking.

Shortly after getting out of the hospital and getting NO information on the process or protocols of stroke rehabilitation and recovery I started searching on the internet and found that no other survivor received useful information.

People often find that writing their story can be difficult but it can also be a cathartic and positive process, as it can help in reaching acceptance and moving forward.

National Stroke Association’s Faces of Stroke℠ public awareness campaign aims to change the public perceptions of stroke through education and personal stories of those impacted by the fifth leading cause of death. These stories bring special attention to specific health conditions associated closely with stroke, featuring an issue or concern that stroke survivors and people at risk for stroke may deal with daily.

I am working hard to improve my health and make the best of the life I have.

Saebo have helped the rehabilitative progress of more than 100,000 individuals through their unique products, which are not only based on the most recent clinical evidence, but which are also easily accessible and affordable. Their blog provides useful educational material such as how to minimize the plateau phase during stroke rehabilitation, answers to the most common stroke questions, and exercise instructions to help fix curled toes after stroke.

The purpose of this blog is to share how a stroke affected our lives, and how through our stroke recovery experience, stroke survivors, stroke victims, caregivers and others might find peace, hope and encouragement.

I have spent most of my adult years in management, over 30. I had my stroke while on an extended business trip in Toulouse, France. I had been there for more than two months.

The Pink House on the Corner

Bob and I live in the pink house on the corner. We were married 09/16/94. He is my soulmate, the love of my life. Bob is an artist and I am a writer. On 10/20/10, Bob, following his doctor's advice, underwent a carotid endarterectomy. When I left him in ICU for post-op recovery, he was fine and I thought in good hands. Two hours after my departure, a nurse noted on his chart that Bob's speech was slurred and his right arm was paralyzed...This is the story of our journey since that day. This is also a love story...

The World Pediatric Stroke Association blog includes posts such as Heather's inspiration to join the mission of pediatric stroke awareness after her daughter survived perinatal stroke, an explanation of the pediatric stroke dilemma, and how Brendon's stroke and his mother's love led to teaching others about pediatric strokes.

The World Stroke Organization's mission is to reduce the global stroke burden through prevention and treatment initiatives, alongside long-term care.