Where in health am I? : Home / Health Cloud / Opinions / Journalists

Every secret of a writer’s soul, every experience of his life, every quality of his mind, is written large in his works - Virginia Woolf 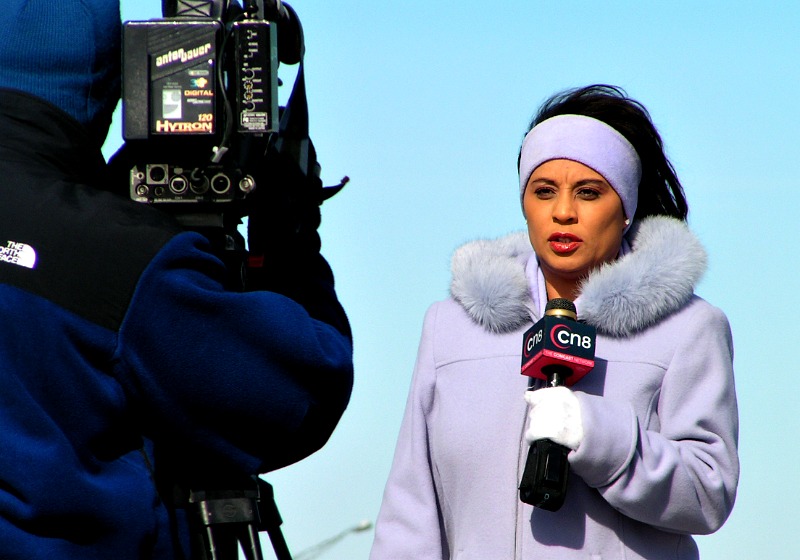 We journalists have done a lousy job of explaining how we do our jobs, how we practice our craft, to the people we serve. I'm of the opinion, in fact, that our low ranking in public opinion polls -- somewhere down close to politicians -- is because we don't even try to tell the people who we are, what we believe in, what we do and why we do it.

So allow me to try.

It took me 10 years, three continents, two newspapers and two television newsrooms before I figured out that journalism is far more than just a job. When I finally understood, I was already a hot-shot television reporter and documentary producer at ABC News, New York.

My epiphany came when I produced a documentary on the revolutionary Marxist, often violent, Black Panthers. Shooting was easy because I had reported on them in the past and they trusted me.

Post-production was a nightmare because my bosses didn't trust me. They just wanted Panther violence and threats of violence, while I insisted on including Panther programs of breakfasts for slum kids and some insight into their radical Black Power philosophy. The eventual documentary, after endless fights with "The Dirty Dozen" of executive producers, lawyers, PR people etc., was a watered-down compromise which told something less than the truth but, even so, got me fired.

That was the wakeup call. That was when I finally realized that there were a whole lot of vested interests -- even in my own craft -- fighting honest journalism.

I moved to NBC which fired me twice, partly because I refused to bend stories to executive producers' dictates. Years and other newsrooms went by and I ended up in Canada as executive producer, CBC Television Journalism Training.

We taught the usual storytelling, writing, interviewing and performance, of course. But I insisted that -- running like a golden thread under every workshop -- must be the highest possible ethical standards guiding the rigorous seeking and telling of truth.

We taught that within the limits of the law, journalism is either free or not free. It can't be three quarters free. Or two thirds free. But there are legions of vested interests out there ready, willing and eager to tamper with, and thus lessen, journalistic freedom. Such people understand that information -- the currency of democracy -- is power...

Politicians, the military, police and religions are joined in this struggle to try to control journalistic media by whole armies of people with vested interests. (Think bankers, businesspeople, financiers, entertainers, professional athletes, landlords, developers [formerly known as speculators], unions, pimps, people with money and even some newspaper, magazine, TV and radio station owners.) And never, ever forget lawyers.

But professional journalists are in the business of social justice, so the nature, health and well-being of society is our business. And without us, there will be nobody trained, qualified and capable left behind to conduct that business in an ethical, disinterested manner.

If it wasn't from such an obviously religious source, I would recommend that famous adage from the King James version of the bible as journalism's motto: "And ye shall know the truth, and the truth shall make you free.

Source: Tim Knight, Excerpt from Watching the Watchdog: Why Journalists Do What We Do, The Blog, Huff Post, November 15, 2013.

Number of Journalists Killed for Their Reporting Doubled in 2020

At least 30 journalists were killed this year, according to the Committee to Protect Journalists, with 21 slain as a direct result of their work.

'We work under siege': the journalists who risk death for doing their jobs

In at least a dozen countries worldwide, the sword is proving mightier than the pen.

Most people who read health journalism with a critical eye would say it's in bad shape. For evidence, look no further than your local newspaper (if one still exists), or go to your favorite website and learn about "the 10 ways to bust your belly fat for good." Coffee will help you live longer on Monday and kill you quicker by the weekend.

Reporters Without Borders: Extending the Frontiers of Press Freedom

The free exchange of information has always been under attack all over the world. Thirty years ago, four journalists decided to form an organization whose sole mission was to keep track of these attacks and do whatever was within their power to fight back.

In a field supposedly peer-reviewed and self-correcting, there is a decided lack of transparency and dissemination when it comes to retractions. Enter Retraction Watch, which aims to change the paradigm.

The Corporation for Public Broadcasting: Contributing to a More Informed Society

Just about the only time the CPB is in the news is when pols make noise about choking off federal funding for public media. But if more people knew the whole story, the conversation might be different.

This is my best advice to young journalists

Watching the Watchdog: Why Journalists Do What We Do

I'm of the opinion, in fact, that our low ranking in public opinion polls -- somewhere down close to politicians -- is because we don't even try to tell the people who we are, what we believe in, what we do and why we do it. So allow me to try.

The Association of Health Care Journalists, Inc. is an independent, nonprofit organization dedicated to advancing public understanding of health care issues. Its mission is to improve the quality, accuracy and visibility of health care reporting, writing and editing. AHCJ is classified as a 501(c)(6), a nonprofit professional trade association.

The Committee to Protect Journalists is an independent, nonprofit organization that promotes press freedom worldwide. We defend the right of journalists to report the news without fear of reprisal.

We are journalists. We are proud of what we do. We are tired of bad press about the press.