Where in health am I? : Home / Health Cloud / Opinions / Nobel Laureates

Science is collaborative and cumulative as its nature, but the Nobels by their nature honor a few isolated individuals as representative of entire fields of research - Matthew Francis 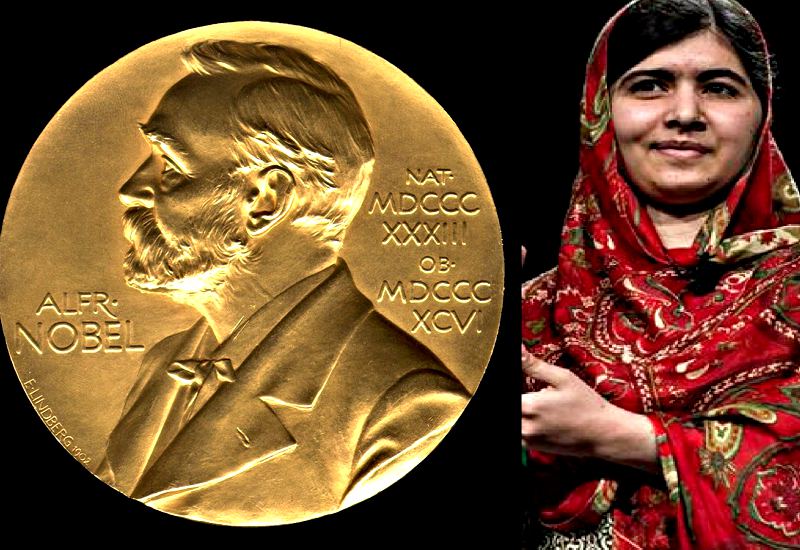 This morning, physicists Rainer Weiss, Kip Thorne, and Barry Barish received the Nobel Prize for Physics, for their discovery of gravitational waves—distortions in the fabric of space and time. The trio, who led the Laser Interferometer Gravitational-Wave Observatory (LIGO) project that recorded these waves, will split the 9-million-Swedish-krona prize between them. Perhaps more importantly, they will carry the status of “Nobel laureate” for the rest of their lives.

But what of the other scientists who contributed to the LIGO project, and whose names grace the three-page-long author list in the paper that describes the discoveries? “LIGO’s success was owed to hundreds of researchers,”…

The current system has a long history of sexism and racism. Reforming the prizes requires reinvention.

Once Again, No Female Nobel Winners in Science

Only 17 women have been awarded a science Nobel Prize since its inception in 1901. That amounts to three percent of all prizewinners. Why should that be?

The cancer-fighting research that won the Nobel Prize in medicine, explained

All Nobel Laureates in Physiology or Medicine

The Nobel Prize in Physiology or Medicine has been awarded 108 times to 214 Nobel Laureates between 1901 and 2017.

Three Things To Know About Dynamite, The Reason We Have Nobel Prizes

With all the excitement, it’s easy to forget that there’s a very serious reason we have Nobel Prizes at all — dynamite. Swedish chemist Alfred Nobel made his fortune because he invented dynamite. When he died, he left most of that fortune to establish the prizes that bear his name. So in honor of Nobel Prize week, here are three things you might not know about this infamous explosive.

During his year as a Nobel laureate, he didn’t write a new memoir or release an album of new songs. He didn’t scream at President Trump or even save a rain forest. (Those jobs await Madonna’s Nobel.) Instead, Dylan seemed trapped beneath an avalanche of unsolicited prestige. For decades, he’d been going about his business, writing songs and playing them, and then — boom! — he’s suddenly a big Nobel literary cheese. The times, they certainly a-changed.

Science is collaborative and cumulative as its nature, but the Nobels by their nature honor a few isolated individuals as representative of entire fields of research.

It's Time to Rethink the Nobel Prizes

While most see the Nobel Prizes as an inspirational celebration of the human mind—the one chance for basic science to share the spotlight on a par with Hollywood celebrities, for at least a week—others feel it has some detrimental effects on the portrayal of science.

Three European-born scientists were awarded the Nobel Prize in Chemistry on Wednesday for developing a new way to assemble precise three-dimensional images of biological molecules like proteins, DNA and RNA. Their work has helped scientists decipher processes within cells that were previously invisible, and has led to better understanding of viruses like Zika. In the future, their techniques could offer road maps in the development of drugs to treat diseases.

The circadian rhythm research that just won a Nobel prize in medicine, explained

The award celebrates the study of the tiny biological clocks in every living thing.

The Raise Act’s draconian criteria would have kept out a quarter of America’s Nobel-winners since 2000.

The Nobel Prize in Medicine Goes to Your Body's Circadian Clock

In the end, the Nobel Prize committee recognized the less-trendy but increasingly relevant work of Hall, Rosbash, and Young for explaining something as fundamental as “how plants, animals, and humans adapt their biological rhythm so that it is synchronized with the Earth’s revolutions.”

The message embedded in today’s Nobel Prize announcement couldn’t come at a better moment—or a more fraught one.

Who is the least deserving Nobel laureate of all time?

“Their discoveries explain how plants, animals and humans adapt their biological rhythm so that it is synchronized with the Earth’s revolutions,” said the Nobel jury.

Science’s reach has relentlessly expanded to include ever more facets of our world, and it has become increasingly important to our lives. But the world’s most important scientific honor society has largely ignored that evolution.

They distort the nature of the scientific enterprise, rewrite its history, and overlook many of its most important contributors.

Two Americans and a British scientist have been awarded the 2019 Nobel Prize for physiology or medicine for discovering how the body's cells sense and react to oxygen levels, work that has paved the way for new strategies to fight anemia, cancer and other diseases, the Nobel Committee said.

Nobelprize.org is the official web site of the Nobel Prize. Here you will find information for every Nobel Prize since 1901, including the Nobel Laureates' biographies, Nobel Lectures, interviews, photos, articles, video clips, press releases, educational games and more.