Where in health am I? : Home / Health Cloud / Professionals / Doctors / Addiction 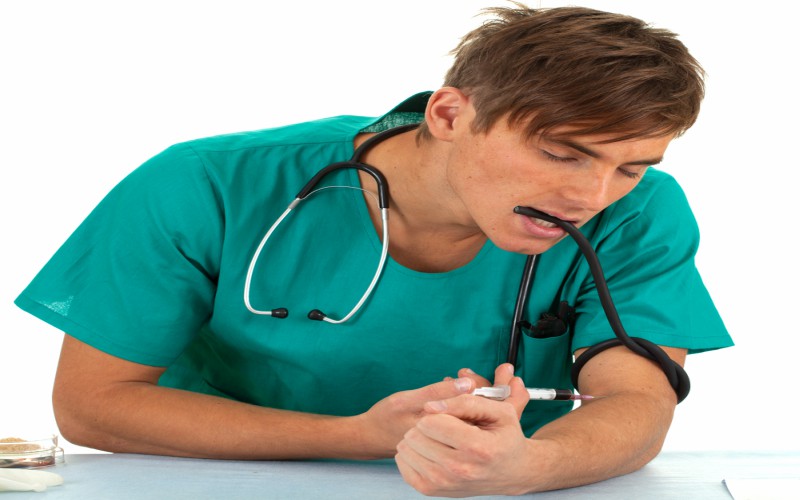 Pee in This Cup, Doc: Random Drug Tests Should Be Standard for Physicians

We hold our physicians to high standards because they make life-or-death decisions. Yet when it comes to drug addiction, their behavior can be disturbing. Their overall rates of substance abuse are roughly on par with the rest of the population, at about 10 percent. For prescription drugs, abuse rates for doctors in several specialties are estimated to be even higher—not surprising given their access to addictive medications.

One doctor, who cared for patients while surreptitiously taking large doses of prescription narcotics, wrote in the Contra Costa Times that “I held patients' lives in my hands when I practiced medicine while high on narcotic drugs for 3½ years. I made errors.”…

A physician story of addiction and recovery

I am a physician now in recovery. I don’t like that term. The correct thing to say is, I am sober. I am going on a year sober without any problems. Recovery suggests some disease state and I don’t think it is that simple.

Dangerous addiction – should doctors be tested for drug use?

The extent of drug misuse among doctors is difficult to assess accurately, and estimates vary widely. But compared with the general community, doctors have relatively high rates of mental illness, substance abuse, burnout and suicide. This increased vulnerability is due to a range of factors, including high-stress jobs, personality traits, characteristics of the medical culture and time pressures.

Doctors and drug abuse: Why addictions can be so difficult

Experts say physicians become substance abusers at about the same rate as the general population. But they are often reluctant to seek treatment out of fear of losing their medical licenses and livelihoods. They also know the signs of drug use — and how to hide them — better than others, allowing them to evade notice and their addiction to escalate, experts say.

It’s easy to think of doctors as paragons of the health and wellness they try to restore in their patients or help them maintain. Some are, and some definitely aren’t. One in 10 physicians develop problems with alcohol or drugs at some point during their careers.

Studies of data collected on physicians with addiction show they’re more likely to misuse alcohol than any other drugs, but opioids are a close second, and then sedatives.

When the addict is a doctor

Pee in This Cup, Doc: Random Drug Tests Should Be Standard for Physicians

The physician wellness movement and illegitimate authority: The eeed for revolt and reconstruction.

Physician health programs refer addicted doctors to some of the nation’s most respected drug treatment centers, many of which offer specialized abstinence-based programs for addicted professionals and staff who are experienced in treating health care providers