The most common operation with the band now is an operation to remove it - Dr. Oliver Varban 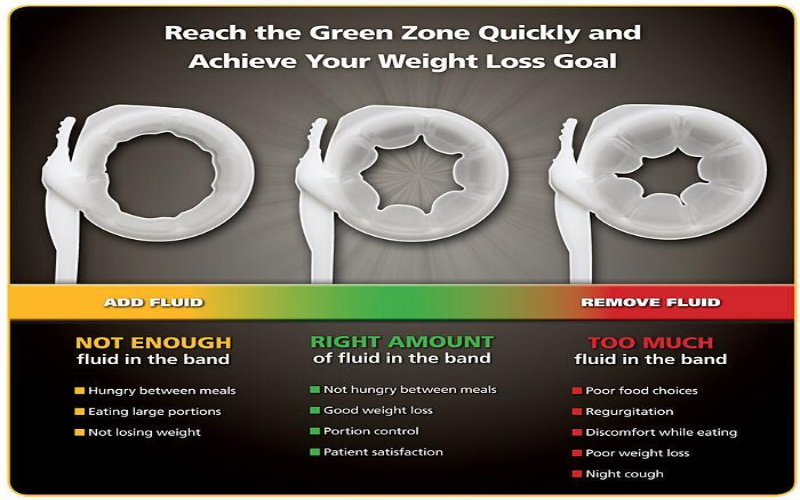 In 2008, at only 17 years old, Lindsay Green decided the only way she’d get her weight down was through surgery.

At the time, Green was 6 feet tall and 215 pounds — “overweight,” by medical standards, but not “obese.” Still, she heard about the laparoscopic gastric band operation, one of several common weight loss surgeries, on the radio in Phoenix, Arizona, and was intrigued. “I was a young person and pretty susceptible,” she said. “All I wanted was to lose weight.”

After the $16,000 operation, her weight slowly dropped to a “normal” BMI of about 180 pounds. But she now had an eating disorder to contend with. The band made eating painful; she’d often feel like someone…

The gastric band procedure (commonly known as Lap Band) is a restrictive weight loss surgery.The Lap Band was FDA approved for the treatment of morbid obesity in 2001 in the United States. Next to gastric bypass surgery, gastric banding is the second most frequently performed bariatric surgery.

How Should We Evaluate Lap-Band Candidates?

Allergan lowers BMI requirement and raises questions about its effectiveness and appropriateness.

Gastric bands for obesity may help people lose weight, but patients frequently experience problems with the device years after they've had the procedure, a new study finds.

I questioned everything I had ever learned about positive eating habits. At the hospital I’d been told not to eat in the morning. Huh? I thought that was the most important meal of the day? Not when you have a Lap-Band, as it turns out. It’s at its tightest in the morning so you can’t put anything in without having it come back up. It had taken me 46 years to learn the rules of healthy living, and now I’d gone and changed them. What had I done?

When Did Doctors Become Obsessed With Obesity?

Young, Obese and in Surgery

One percent to 2 percent of all weight-loss, or bariatric, operations are on patients under 21, but studies are under way to gauge the outcomes of surgery on children as young as 12.

It doesn’t lead to weight loss and often requires more surgery. “I wouldn’t wish it on my worst enemy.”