Where in health am I? : Home / Health Cloud / Professionals / History of Health & Medicine / Nursing

It is the unqualified result of all my experience with the sick that, second only to their need of fresh air, is their need of light; that, after a close room, what hurts them most is a dark room and that it is not only light but direct sunlight they want - Florence Nightingale 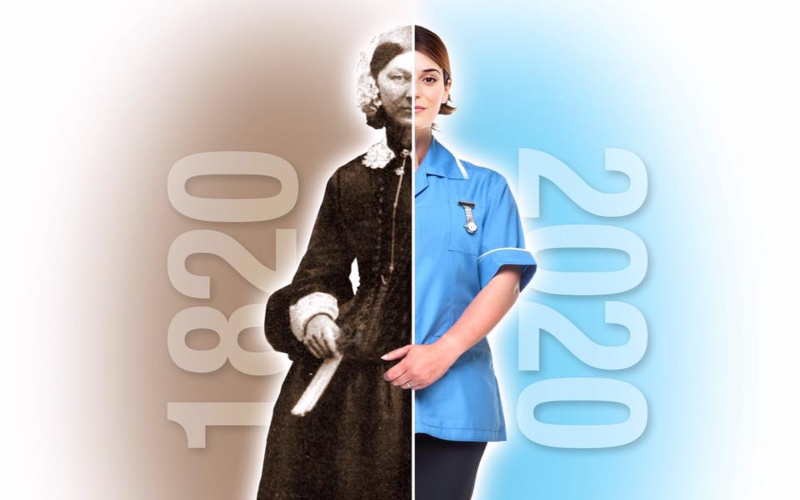 History of Nursing- Things Every Nurse Should Know

The history of nursing dates back to Roman times, although for tens of thousands of years women have tended to the sick and injured in their tribes and communities.

In some societies medicine and shamans were assigned this role but the caring and nurturing role of women has long been a part of human history.

A Christian deaconess named Phoebe is mentioned by the Apostle Paul in Romans 16:1 as the first visiting nurse because of the expert home nursing care she provided.

Home care was typical in those times and it was not until nuns and monks began caring for the sick that the concept of hospitals began to take shape. Probably the best example of this is the convent…

The Evolution of Nursing

As caretakers of children, family and community, it was natural that women were the nurses, the caregivers, as human society evolved. Nursing may be the oldest known profession, as some nurses were paid for their services from the beginning.

American Homeopathy in the World War

Histories of Nursing: The Power and the Possibilities

We do not deny some historical circumstances of marginalization, invisibility, and gender biases. They existed and still do. We also celebrate the achievements of extraordinary nurses such as Lillian Wald, the founder of the Henry Street Settlement house and public health nursing, and Mary Breckenridge, who brought nurse-midwives to the mountains of rural Kentucky.

The first nursing school in the world was started in India in about 250 BC. Only men were considered "pure" enough to become nurses.

Video covering the history of the nursing profession.

History of Nursing- Things Every Nurse Should Know

The history of nursing dates back to Roman times, although for tens of thousands of years women have tended to the sick and injured in their tribes and communities.

Everyone knows Florence Nightingale as the world’s most famous nurse. But did you know she was a nurse for only a few years of her life, during the Crimean War? During her early years she had to struggle against her parents’ wishes to become a nurse, but when she came back from the war she was seriously ill. She had achieved iconic status by this time, but disliked the fame and instead used her influence behind the scenes to campaign tirelessly for better healthcare for all, despite her own ill health.

10 Most Famous Nurses in History

There was a time that nursing duties fell to nuns, or -- during wars -- to the military. Before the end of the 19th century, most nurses didn't have any formal training -- and many lacked any education at all. Nurses were typically women who provided the sick, injured and wounded with comfort, but not necessarily good -- or any -- medical care. It wasn't until the extraordinary women and men on our list advocated for change and pioneered a path for nurses from bedpan to bachelor's degree that the seeds of modern nursing were born.

It is the goal of the museum to commemorate the progress of nursing by maintaining a permanent archival museum at Friends Hospital.

American Association for the History of Nursing

AAHN is a network of discovery that advances historical scholarship in nursing and healthcare and promotes the development of historians.

This unique site serves as a source of historical background information on issues regarding the nursing profession and the provision of nursing care. It addresses a wide range of topics critical to comprehending and broadening our understanding of health care and nursing concerns, including the role of professional nurses, nurse shortages, workplace problems and public health issues.

BC History of Nursing Society

In 1989 interested registered nurses banded together and formed the B.C. History of Nursing Professional Practice Group under the umbrella of the Registered Nurses Association of BC (now the College of Registered Nurses of BC.) The mission of the founders was to discover, disseminate, and preserve BC's nursing history.

Canadian Association for the History of Nursing

There has never been a stronger need for an understanding of nursing's often heroic past, and its essential role in Ontario's health care system. An appreciation of nursing's past accomplishments will work as a recruitment and retention strategy when the province-wide need for nursing has never been greater.