Where in health am I? : Home / Health Cloud / Professionals / History of Health & Medicine / U.S. Presidents

We did not come to fear the future. We came here to shape it - Barack Obama 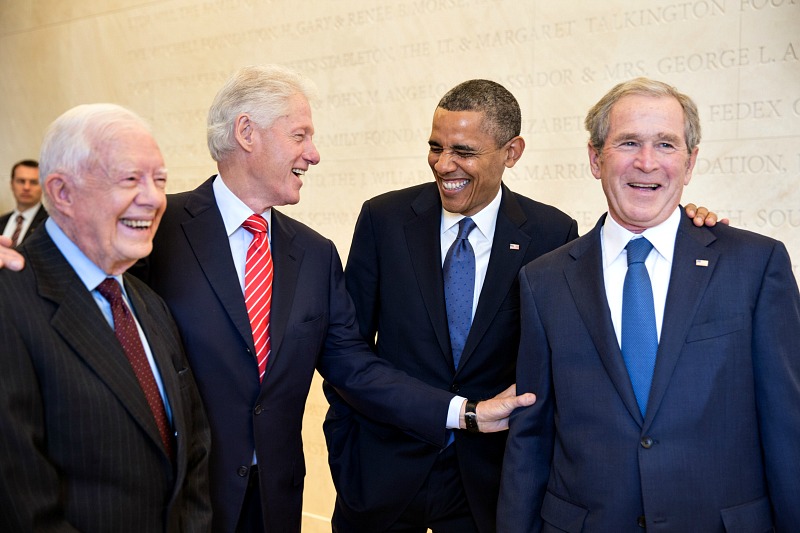 From George Washington's toothlessness (he has no teeth left by middle age), to Grover Cleveland's gout, to Franklin D. Roosevelt's polio, to Ronald Reagan's Alzheimer disease, and finally to George W. Bush's colon polyps, presidents throughout history suffer from the same diseases and ailments like the rest of us.

Why was Rutherford B. Hayes the healthiest US president of all time?

Every U.S. President & Every Medical Problem They've Ever Had

Some presidents were pretty healthy from a young age; others were sickly during their whole lives, and others were plagued with maladies on and off – no actual instances of plague, though, luckily. However, some of these presidential ailments might just surprise you.

The American public has mostly found out about health problems only after past presidents have left office.

5 Presidents Who Hid Their Health Issues

A more likely cause of the sore throat that eventually lead to his death is a peritonsillar abscess, a far more common cause of sore throats that could lead to death if not treated. In any case, it is entirely possible that his physicians may have contributed to his death... blood-letting of 3.75 liters... Gosh... a human adult has about 5 liters of blood. As far as I'm concerned... that's medical malpractice and one could argue first degree murder. Add mercury poisoning as well.

Presidential Mercy as a Means to More Just Jurisprudence

President Obama commuted the sentences of hundreds of nonviolent drug offenders. But this is a drop in the bucket he should fill up before he leaves office.

The Medical Ordeals of JFK

The core of the Kennedy image was, in many respects, a lie. A presidential biographer, granted access to medical files, portrays a man far sicker than the public knew.

Why Donald Trump Is Good for America

As a diagnostic tool for the health of the American political system, Candidate Trump is just what the doctor ordered.

From George Washington's toothlessness (he has no teeth left by middle age), to Grover Cleveland's gout, to Franklin D. Roosevelt's polio, to Ronald Reagan's Alzheimer disease, and finally to George W. Bush's colon polyps, presidents throughout history suffer from the same diseases and ailments like the rest of us.

App from the Smithsonian.

This website tabulates the illnesses of American Presidents and other notable people. Both laypersons and physicians will find it interesting.

Who knew a bunch of guys with powdered wigs and nuclear arsenals could be this entertaining? From the travel experts at RoadsideAmerica.com, this road trip-ready app is a guide to Presidential landmarks like you've never seen before. Sure, there are the historical libraries and birthplaces, but also the quirky museums, obscure statues, and colorful folk art tributes to the nation's procession of Commanders in Chief. Hit the road with Roadside Presidents™ and see what's nearby, browse by city or by President, save your favorites.