Where in health am I? : Home / Health Cloud / Public Health / Freedom

For to be free is not merely to cast off one's chains, but to live in a way that respects and enhances the freedom of others - Nelson Mandela 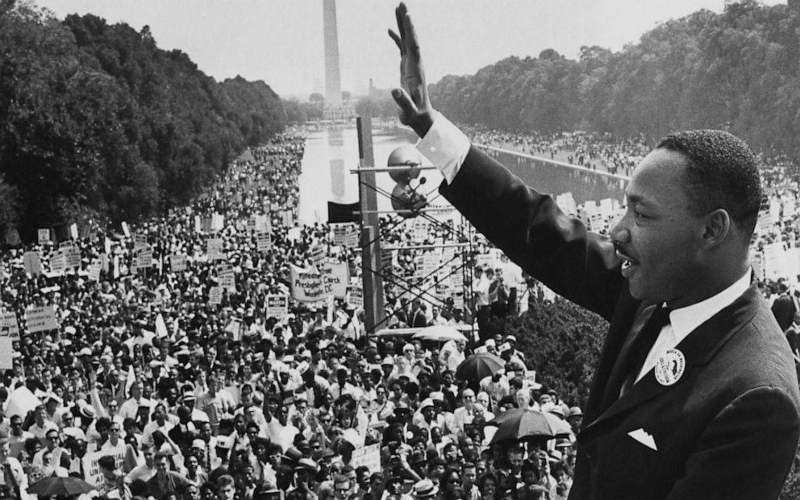 We use the term freedom in political, economic, social, and religious contexts. But what exactly does it mean to be free? The answer to this question is crucial because different conceptions of liberty entail different political ideals, and different models of government. A good starting point to explore what it means to be free is with the distinction introduced by the early 19th century intellectual Benjamin Constant.

In an 1819 work titled “The Liberty of the Ancients Compared with that of the Moderns,” Constant offered two antagonistic ideas of what it means to be free. The Ancient conception of freedom centered on the collective, and the Modern focused on the individual. In essence, Constant’s idea of “liberty of the ancients” was one which allowed citizens the right to directly influence politics through debates and votes as in ancient Greece. By “liberty of the moderns,” Constant meant the possession of civil liberties, and having control over one’s life within the rule of law.

This is the supreme value of the liberal ideal of a citizen free to pursue his or her own idea of the good life without interference from the state, provided that they do not cause harm to others. In classical liberalism, the role of the state is mostly to ensure the peaceful running of a society of free individuals. The emphasis is on equality under the law, and equality of opportunities, not necessarily equality of outcomes.

Berlin’s positive freedom, or freedom ‘to’, parallels Constant’s Ancient conception of freedom centered on the collective, where the state must interfere to enable individuals to develop their potential. Politically, positive freedom grants freedom to the collective to act in accordance with its will. The politics of freedom ‘to’ are exemplified by the welfare socialist and Marxists views in which being free–in the ‘to’ sense–justifies states to use oppression and coercion to achieve a desired distribution of society’s output. This view implies that individuals are not the best judges of what is best for them and thus the state, who knows better, must decide on their behalf.

The negative freedom of the Moderns describes freedom from tyranny and the arbitrary exercise of authority. The positive freedom of the Ancients specifies having the means to act. The interaction of these two conceptions of freedom gives rise to conflicts about what it means to be free.

We have yet to resolve the tensions between the values of the Enlightenment and the values of Romanticism. In our contemporary worldview, we seem to agree that nations ought to be free. But, incongruously, many embrace the socialist view that freedom is given by government, and individuals have no fundamental right to freedom.

Source: José Azel, Freedom Is a Right, Not a Gift from the Government, Panam Post, November 21, 2017.

Someone once sang that “freedom’s just another word,” and maybe today it is. One casualty of the relentless U.S. political slog is that some important ideas—such as justice, racism, equality and respect—get so beaten into the ground, become so hackneyed, that one feels almost embarrassed to use the words. Justice, freedom, uh-huh, click.

Hong Kong and the Future of Freedom

The world continues to endure a democratic recession, made worse by the surly ignorance of an American president. It won’t last forever. The efficient authoritarianism that is supposed to be the secret to China’s global ascendancy is being exposed for what it is — a state whose greatest fear is the conscience of those marching in Hong Kong’s streets.

The Fight For Press Freedom

Journalists around the world are under attack more than ever. From the hostile Trump administration to facing violence and death under the Syrian regime, the situation appears in decline. The lives of some reporters become so untenable that the only way out is to leave their country of work or origin.

What Republicans and Billionaires Really Mean When They Talk About ‘Freedom’

Freedom to be homeless, jobless, and unable to access health care when you need it.

Why we need an international freedom movement

Defending freedom should be seen as a primary geopolitical challenge – our security depends on it. That means looking beyond borders and standing together in resistance as a global community.

When it comes to Big Tech, there's lots to be concerned about, but let's focus on the privacy problem—one that more people are starting to think about, but that few people truly understand. For a while, it looked like Americans were completely indifferent to giving up their personal information to companies like Facebook and Google. That finally seems to be changing.

... today’s contributor reflects on the role of reformers in the world and how their efforts, in order to be truly effective, must be based on the universal truth that freedom is the divine right of everyone.

Hong Kong Was My Refuge, Now Its Freedom Is at Stake

They are struggling not just for their own personal liberty but for the soul of their territory. Will Western leaders abandon them as they have Xinjiang?

It was Dr. King’s dream that his children would one day “live in a nation where they will not be judged by the color of their skin but by the content of their character.” That dream was rooted in his own experiences as a child growing up under “Jim Crow Laws”: a system of racial apartheid that dominated the American South for three quarters of a century, beginning in the 1890s.

Must Freedom Destroy Itself?

Mr. Deneen believes that Americans can’t count on liberalism to preserve their freedom. Instead we need to address what the Founders missed in 1776.

We know that surveillance has a chilling effect on freedom. People change their behavior when they live their lives under surveillance.

The End of Cyberspace

Internet theorists and companies once declared themselves free of nations and governance, but that’s all over now.

The fight against terrorism: the rule of uncertainty?

By targeting anyone and everyone, terrorism aims to damage liberal society (in the philosophical sense), which defines the rights and freedoms intrinsic to community life. By removing the principles and practices of this society in the name of the “fight against terrorism” we run the risk of letting the terrorists win. Let us never forget that democracy – like life itself – is fragile.

The Meaning of Freedom

Freedom stands for something greater than just the right to act however I choose—it also stands for securing to everyone an equal opportunity for life, liberty, and the pursuit of happiness.

We Are Taking Religious Freedom Too Far

Religious faith is a private matter between a believer and God. But how a believer lives in community with other people is something different altogether. It’s time to stop giving believers a pass just because their beliefs happen to run counter to the laws of the nation they live in. Human lives may depend on it.

Why Is Freedom of Speech an Important Right? When, if Ever, Can It Be Limited?

Even though the concept of freedom of speech on its face seems quite simple, in reality there are complex lines that can be drawn around what kinds of speech are protected and in what setting.

Winning Socialism Is About Winning Freedom

Bernie Sanders’s speech on socialism made a bold case for real freedom — the freedom to flourish, not just the right to be left alone.

Freedom Is a Right, Not a Gift from the Government

We use the term freedom in political, economic, social, and religious contexts. But what exactly does it mean to be free? The answer to this question is crucial because different conceptions of liberty entail different political ideals, and different models of government. A good starting point to explore what it means to be free is with the distinction introduced by the early 19th century intellectual Benjamin Constant.

Freedom House is an independent watchdog organization dedicated to the expansion of freedom and democracy around the world. We analyze the challenges to freedom, advocate for greater political rights and civil liberties, and support frontline activists to defend human rights and promote democratic change. Founded in 1941, Freedom House was the first American organization to champion the advancement of freedom globally.

We want to make a contribution to the future of a united, democratic Europe - a Europe in which respect for human dignity, the rule of law, freedom of thought and action, tolerance and respect are the natural foundations of the community.

The Definition of Freedom

Progressives define freedom differently. We want the liberty to pursue our happiness in our own way, live a good life, and contribute to society without being controlled and dominated by the powers that be.