Where in health am I? : Home / Health Cloud / Public Health / Healthcare Policy 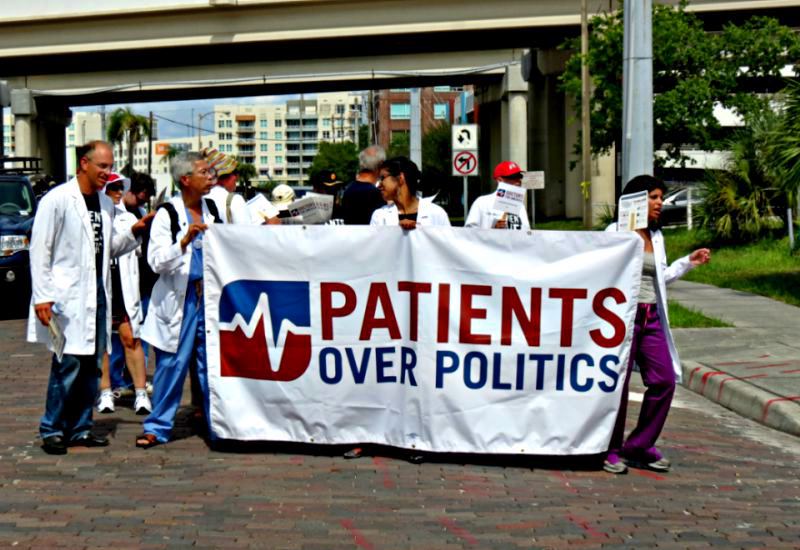 Why is health care so complicated? How does it differ from most of the other goods and services that the economy produces? What makes health policy so vexing?

In Econ 101, students learn that market economies allocate scarce resources based on the forces of supply and demand. In most markets, producers decide how much to offer for sale as they try to maximize profit, and consumers decide how much to buy as they try to achieve the best standard of living they can. Prices adjust to bring supply and demand into balance. Things often work out well, with little role left for government...

Yet the magic of the free market sometimes fails us when it comes to health care. There…

Tradeoffs started with a simple idea: There are no silver bullets in health care. Dan Gorenstein learned this covering the business of health care at the public radio show Marketplace. Economists, physicians and researchers taught him even the most well-intentioned plans to fix issues like unaffordable insurance, high prescription drug prices and inequitable care for marginalized patients carried risk and unintended consequences. He struggled to fit all that nuance and complexity into his short radio stories.

U.S. pandemic responses are human endeavors led by governments put in place by the people through political processes.

Today’s Politics May Be Bad for Your Health

Citizens in a new study blame U.S. politics for stress, depression, lost sleep and other physical and mental problems.

Drawing from President Trump's record on health care and former Vice President Joe Biden's policy proposals, here's a guide to where they stand.

How Public Health Took Part in Its Own Downfall

The field’s future lies in reclaiming parts of its past that it willingly abandoned.

We’re Expecting the Wrong Things From the CDC

If you want the CDC to be apolitical, you’re missing the point of public health.

Election 2020 got you down? You could make good on that threat to move to Canada

You might like your health insurance, but you can’t move it here. Sorry, the public option is the only option for hospital and physician care. From time to time people go to court to claim that government-run healthcare violates their individual rights. Fifteen years ago Canada’s Supreme Court ruled that the prohibition of private insurance was indeed a violation. Since then, no one has sold and no one has bought private insurance for the services covered by the government plan. There’s just no market for it. Yes, we’re that weird.

COVID-19 Has a Strong Chance of Winning on November 3

Surging infection numbers suggest coronavirus cases will continue to increase in every state until the U.S. election.

The survey asked consumers to rate their happiness across ten different life areas such as health, work and relationships.

While the U.S. Republican Party and President Trump’s pandemic response may not be a guaranteed death knell for their election prospects, their response has been criticized as one of the worst in the world, and the Democratic Party has not missed an opportunity to make that perceived failure the center of its national campaign.

Two-thirds of respondents expected public health, health infrastructure, and pandemic preparedness to take on more prominent roles going forward. Just under half expected a larger focus on inequalities and inequities. Yet, with major reforms unlikely, scholars are generally skeptical about much progress on the issues.

Why Leaders Lie About Their Health

Nobody wants a weak strongman.

Will U.S. Health Care Ever Be the Same?

When the dust settles on the Covid-19 crisis, the investing public may have to face significant changes in the huge U.S. health-care system.

So why does the US, the only industrialized nation without universal health coverage, also have not only the highest health-care spending in the world—both in absolute terms and as a share of GDP—but also one of the highest levels of government spending on health care per person? And how did it come to be this way? The answer is that the lack of universal coverage and high costs are intimately linked—both economically and historically.

America’s Poor Health Is an Invitation to Tyranny

The lack of universal care has made the U.S. more vulnerable to Trump’s demagogic appeals.

Feel the Bern for a Healthier American Political System

If the political system is broken—a popular notion these days—shouldn't the Americans vote for candidates who fall outside the status quo? Luckily there's someone running for president who can lead us somewhere better.

Fixing Our Priorities; or, Writing Blank Checks to Bureaucracies Is Always a Bad Idea

Los Angeles County voters awarded schools billions of dollars for upgrades and repairs. But half a decade later administrators are supplying students with iPads, even though the backlog for basic repairs runs into the tens of thousands.

The health care industry was unprepared for the presidential victory of Donald J. Trump, and executives at insurance companies and hospital systems are now uncertain what their business is going to look like in the years ahead.

The more aware we are of health issues, the more partisan we grow in our thinking about them.

Does your doctor’s politics affect his or her medical advice? Although I would like to think not, a recent study by Yale researchers Eitan Hersh and Matthew Goldenberg has shown the opposite.

While the U.S. is a democracy in some respects, when it comes to policy, a recent study shows that politicos do the bidding of the rich and pretty much ignore the rest of us. He who pays the piper calls the tune, right?

Money, Politics, and Health Care: A Disease-Creation Economy – Part I

Politicians are 100% wrong on health care

The only way to lower costs is to make doctors and hospitals charge everyone the same price.

Rather than exclude politics from health, David Hunter argues that we must embrace it if we are to improve our complex health systems.

Take politics out of health care before reforming it

For most Americans, few issues are as visceral and ubiquitous as health care. Voters tend to focus more on the immediate events in their lives, like hospital bills and treatment plans or affording chemotherapy for our mothers and prescription drugs for our fathers.

The Intersection Of Healthcare And Politics

Since passage of the Affordable Care Act (ACA) in 2010, politics and healthcare have taken center stage in a national discussion. Some have considered the ACA government intrusion; others find it to be necessary reform to achieve better population health. Yet this fusion of politics and healthcare is nothing new. The federal and state governments have been involved in healthcare since the founding of our country.

The politics and policy of racism in American health care

Lest we think that all that racism stuff is behind us, let’s consider the present. Race rears its head in nearly every nook and cranny of the contemporary health policy landscape. Public opinion on the Affordable Care Act is profoundly racialized, in part because race-based evaluations of President Obama have “spilled over” into the arena of health care.

The Politics Of Health Reform: Why Do Bad Things Happen To Good Plans?

The need for comprehensive reform is clearly compelling. Many believe that the status quo is no longer sustainable and that business as usual in health policy is not an option. But the resilience of the status quo in U.S. medical care should not be underestimated.

The politics of health: a clear-eyed account of inequality and the NHS

This is further proof that health has little to do with health care and everything to do with the politics of social support and welfare. The politics of this was clearly shown by the American right’s fanatical resistance to “Obamacare”. The ideology behind this opposition is that we are free to choose how we live and therefore that what happens to us is morally deserved and also (the old Cartesian dualism) that mind and matter are separate entities.

A government-run plan would provide competition to private insurers and guarantee coverage was always available to Americans.

Why Donald Trump Is Good for America

As a diagnostic tool for the health of the American political system, Candidate Trump is just what the doctor ordered.

Health care workers need to engage on politics. It's the only way to fix mounting problems

Health workers are watching bad politics destroy health care, but we can’t solve these problems in exam rooms. We need to solve them at the ballot box.

Either Trump or Biden Will Win. But Our Deepest Problems Will Remain.

For politics to function, we need to act at the local, personal level.

Here's a guide to his policy platforms and promises related to health care. Again, how much he's able to deliver on will in some cases depend on what happens in the Senate.

Why is health care so complicated? How does it differ from most of the other goods and services that the economy produces? What makes health policy so vexing?

Six ways healthcare and politics have changed since Obamacare

The sweeping health reform law has been praised by Democrats and demonized by Republicans. It has survived a botched rollout, two challenges in the Supreme Court, and dozens of votes to repeal it in Congress.

The VoteHealth 2020 movement is inspired by our team, advisors, champions, partners and volunteers. Since our start in summer 2020, we’ve led targeted initiatives to get out the vote (GOTV) in innovative ways.

After twenty-five years as a non-profit, bimonthly print journal and six years in online publishing, Health Affairs has entered the blogosphere as a new means of engaging readers in the health policy debate.

We are dedicated to renewing America by continuing the quest to realize our nation's highest ideals, honestly confronting the challenges caused by rapid technological and social change, and seizing the opportunities those changes create.

RealClearHealth (RCH) curates the most significant news and opinions surrounding the health care debate. Not only does RCH keep readers one step ahead of the debate through curation; it also publishes original content that explores key issues in health policy.

The mission of ITUP is to promote innovative and workable policy solutions that expand health care access and improve the health of Californians.

We are a nonprofit grassroots advocacy organization committed to creating the political will to end hunger and the worst aspects of poverty. RESULTS is committed to individuals exercising their personal and political power by lobbying elected officials.

Synthesis of policies, politics, and proposals focused on Health.