Humans merely share the earth. We can only protect the land, not own it - Chief Seattle 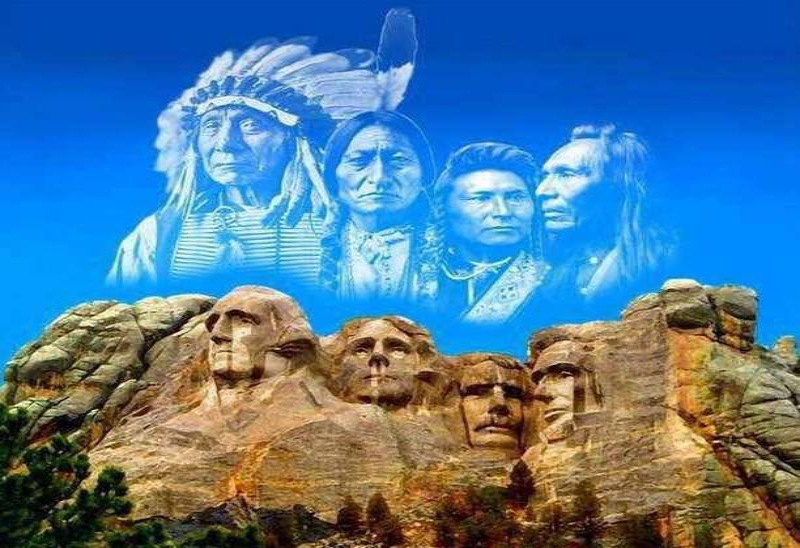 I was an American Indian student pursuing a doctoral degree in clinical psychology in the 1990s, when I realized the stark contrast between my life experiences growing up on my home reservation and those of my non-Native peers.

Many incredible family members and friends had sacrificed and broken a trail for me to realize my academic dreams. My rich and generous native culture and traditional ways helped sustain my family over the years.

However, as each year of school unfolded, I lost family members due to early causes of death, including homicide, suicide, motor vehicle accidents, cancer and pneumonia. I had to drive over four hours to the nearest Indian Health Service…

How do Native Americans get health care?

Through a government-funded system that many feel is inadequate

Fed Up With Deaths, Native Americans Want to Run Their Own Health Care

In states with Indian Health Service hospitals, the death rates for preventable diseases — like alcohol-related illnesses, diabetes and liver disease — are three to five times higher for Native Americans, who largely rely on those hospitals, than for other races combined. Federal government spending on health care for Native Americans lags that for almost any other population. In 2016, the federal government spent $8,602 per capita on health care for federal inmates compared with $2,843 per patient within the Indian Health Service.

The life expectancy of Native Americans in some states is 20 years shorter than the national average. There are many reasons why.

'Single Payer' Healthcare Has Failed The U.S. Indian Health Service -- So Why Does The Left Keep Advocating It?

The federal government funds the IHS, and employs approximately 2,700 nurses, 900 physicians, 500 pharmacists and 300 dentists in what is essentially a "single payer" system for these patients. Yet the quality of healthcare is considered abysmal...

NIH’s plan to collect DNA from Native Americans without properly consulting them is “biocolonialism,” Indigenous leaders say, arguing that tribes must be in control of their data.

Why Care at Native American Hospitals Is Often Substandard

The internal watchdog of the Health and Human Services Department says the often substandard quality of care at hospitals serving Native Americans is the result of outdated equipment and technology, lack of resources, and difficulty attracting and keeping skilled staff.

Typically on the second Monday of October, Indigenous Peoples’ Day recognizes the Indigenous communities that have lived in the United States for thousands of years. It grew increasingly common as a replacement for Columbus Day, which is meant to celebrate the explorer who sailed with a crew from Spain in three ships, the Nina, Pinta and Santa Maria, in 1492.

As a collective, American Indians and Alaska Natives live more challenging and shorter lives. These are statistics I’m acutely aware of as researcher in clinical psychology. Understanding the sources of and solutions to these inequalities is the focus of my career.

The US has signed hundreds of treaties with Indigenous peoples. Here’s what would happen if the government actually honored them.

The National Council of Urban Indian Health (NCUIH) is the national organization devoted to the support and development of quality, accessible, and culturally-competent health services for American Indians and Alaska Natives (AI/ANs) living in urban settings. + Overview

Established by the Tribes to advocate as the united voice of federally recognized American Indian and Alaska Native Tribes, NIHB seeks to reinforce Tribal sovereignty, strengthen Tribal health systems, secure resources, and build capacity to achieve the highest level of health and well-being for our People.

Our Mission: to raise the physical, mental, social, and spiritual health of American Indians and Alaska Natives to the highest level.

The federal government guaranteed the health, safety, and welfare of tribal nations in exchange for over 450 million acres of tribal lands. Upholding this federal responsibility remains critical as American Indian and Alaska Native citizens experience higher disease rates, lower life expectancy rates, higher dropout rates, and higher poverty rates than any other racial or ethnic group in the country. NCAI continues to urge the federal government to fulfill its responsibility to provide access to health care and quality education,