Where in health am I? : Home / Health Cloud / Public Health / Lower Your Risk / Seatbelts & Helmets

To argue that because they won't prevent all conceivable injuries they are somehow useless makes no sense. It's tragic, really - Lloyd Alter 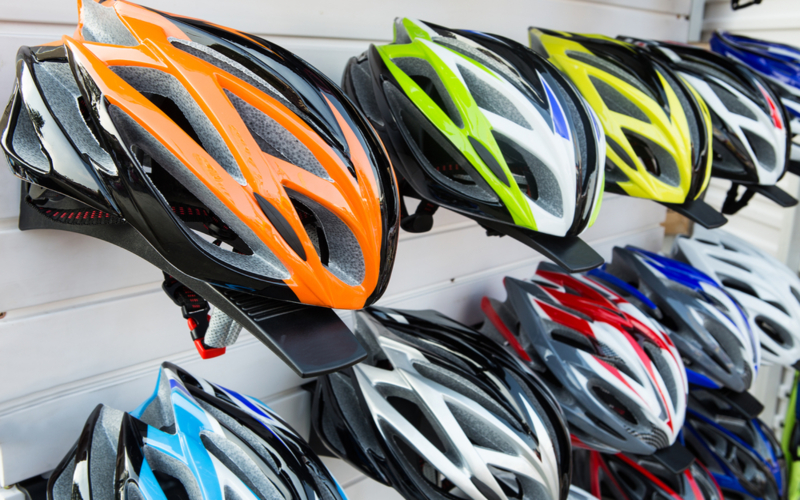 By today’s safety standards, every baby boomer should have been dead by the time we were 12.

We defied danger on a daily basis. We never knew that we were doing risky things, of course; we just thought that we were having fun. Nonetheless, we spent our days immersed in activities that we’d never for a second allow our children or grandchildren to do. Or even think about doing.

Here are some of the ways we courted trouble:

Our flirtations with danger started as soon as we could crawl. For most parents, the notion of baby-proofing a home was to close the cellar door so the kids wouldn’t fall down the stairs. Locking cupboards? That would slow things down the next time someone needed something from one of them. Cover unused electrical outlets? That just created more rigmarole when you wanted to plug in the vacuum cleaner. And why would anyone but a masochist put medicine into bottles that you couldn’t open without a jackhammer? Granted, sometimes we’d end up chewing on an extension cord, but as long as we didn’t gnaw all the way through it — thereby disconnecting the TV, three lamps, fan, hi-fi and clock that were plugged into it — no one paid much attention to us.

We hurled lawn darts with reckless abandon. With their shiny metal tips, these mini-spears did have an ominous appearance, but we just figured that was part of their allure. We realized that it would hurt if we were to get hit by one of them, but we shrugged off the threat of injury by noting that the game basically was a back-yard variation on horseshoes, and getting hit by a horseshoe wouldn’t have been all that pleasant, either.

The darts on steroids were just one of our death-defying pastimes. We also played with wood-burning kits — red-hot irons capable not only of burning us but also of burning down the house. And there was a line of electric toy irons, including a model that, the ads assured, heated up to “only 250 degrees” — in other words, hotter than boiling water.

The 1950s also saw a flood of science-related toys that promised all sorts of mystical endeavors. There were chemistry sets that, in addition to being filled with breakable glass test tubes, taught us to make compounds like potassium permanganate, which is used to start fires, and ammonium nitrate, an explosive. But when it come to being dangerous, no toy could match the Uranium Energy Lab, which came with four pieces of real, bona fide, radioactive uranium. Seriously — who wouldn’t have fun with glow-in-the-dark hands?

Not only did we not wear helmets, we’d never even heard of them. Bikes came with a single reflector on the back, but it broke off and rarely was replaced. Lights existed but they were considered an extravagance used only by showoffs. There were no bike paths or lanes offering a buffer from traffic. In fact, for most kids, the entire concept of bike safety was reduced to a warning from their mother: “If you get run over, don’t bother to come home for dinner.”

We had none. We rode our bikes (helmetless) down busy streets, zipping from one friend’s house to another, never telling anyone where we were going next (as if we knew). We went swimming, climbed trees and played with firecrackers without so much as a casual glance in our direction by an adult. There was many a summer day when our mothers shooed us outdoors with the understanding that we’d come home again when we got hungry or one of our siblings was run over by a car, whichever came first.

We crowded into cars that had no seat belts — or, if they did, had them only in the front seat, while we sat in the back. There were car seats for toddlers, but they were designed to hold the kid upright, not to offer any protection. And while we didn’t have to worry about our parents being distracted by their cellphones while they were driving, they were chain-smoking, filling the vehicle with a cloud of secondhand smoke.

The concept didn’t exist yet. We just figured that smoke was part of the atmosphere — and it was in most homes.

Most of them featured metal slides that reached scalding temperatures in the summer sun. And heaven forbid if you fell off the jungle gym, because there were no soft surfaces on which to land.

Sunblock Was worn only by lifeguards — and they used it primarily on their noses.

We loved our contact sports, colliding with one another without safety gear or, for the most part, any structured set of rules about how and where one could smash an opponent. Sure, there was the occasional hotshot who sported a football helmet or a pair of hockey gloves, but anyone who had shown up with a mouth guard would have been laughed out of the game. We called concussions “dingers” and stoically cajoled the injured party to “walk it off,” as if somehow walking would make your head feel better.

Beyond Seat Belts and Bike Helmets: Policies that Improve Lives

Some of us remember the bad old days when nobody wore seat belts and babies bounced on their mothers’ laps in the front seats of cars. For others, it’s the stuff of legend. Since the advent of seat belt laws in the late 1980’s, the proportion of people buckling up has skyrocketed from fewer than 15 percent to over 90 percent in many states.

Buckle Up Your Seatbelt and Behave

Do we take more risks when we feel safe? Fifty years after we began using the three-point seatbelt, there's a new answer.

Do Bike Helmet Laws Do More Harm Than Good?

Do Sports Helmets Help or Hurt?

Improving safety has had more to do with changing a group's culture and attitudes about high-risk activities than with any technological advance.

In the Future, Your Seatbelt Could Be Tailored to Your Body

Good news! Maybe! Your car may soon be weighing and measuring you in the name of keeping you safe.

How many of us have gotten on a bike and left our helmet behind? Maybe we told ourselves, “I’m not really traveling that far, I don’t need it.” Or perhaps we were concerned with showing up to our destination with the dreaded “helmet hair.” Maybe we don’t even own a bike helmet.

Mandating the use of motorcycle helmets: What are the issues?

Although it is impossible to prevent every motorcycle crash, it is clear that universal helmet laws have a profound impact on individual safety as well as health care costs that are absorbed not only by the motorcyclist, but also the general public. Like seat belt laws, motorcycle helmet laws aim to make the roads safer for both the motorcycle rider and automobile drivers and to lower health care costs and other economic burdens that may rest on the rider, his or her family, and the state.

Seat belt law isn’t in our province of interest or knowledge, but what we do know is that there is no down-side to public health, better cities, resource depletion nor air pollution from making seat belts compulsory. Actually there might be a down-side to public health, because it’s possible that wearing seat belts encourages more dangerous driving, which increases risks for pedestrians and cyclists. In contrast, bicycle helmet laws do reduce public health, do make cities’ roads and public transport more congested, do cause more fossil fuels to be burned which pollute the air with carcinogens and carbon dioxide. That’s because helmet laws discourage cycling.

Seat belts and airbags may help to prevent serious injuries if you are in a vehicle accident. Yet at the same time, these devices have the ability to cause physical issues themselves,

Of course wearing a seatbelt or a helmet is “safer.” But so is maintaining ideal body weight — or exercising regularly. Yet there are no laws (as yet) requiring you to eat your broccoli — or do sit-ups every other day. The police do not carry pincers to measure your body fat ratio — and have no authority (yet) to give you tickets for exceeding the “healthful” poundage.

Unbuckled In The Back Seat - Deadlier Than People Realize

Forgetting to buckle-up can be deadly. Rear seat passengers are three times more likely to die in a crash if they are unbuckled, according to a new report that highlights the fact that every year in crashes, hundreds of unbelted adults in the rear seats of passenger vehicles are killed — and hundreds more seriously injured.

What evidence is there that cycle helmets save lives?

There is no direct evidence that the wearing of cycle helmets has led to fewer deaths amongst cyclists. Most research into cycle helmets has not included cyclist fatalities. The premise that helmets save lives is by extrapolation from research that has suggested that helmets might reduce injuries to the head. As most fatalities involve head injury (this applies to all major external causes of violent death, not especially cycling), the reasoning is that by reducing injuries to the head, cycle helmets can lead to fewer cyclist deaths.

Why don't people wear helmets and seat belts, even though they know it is dangerous?

People may choose to not wear or use protective equipment for a variety of reasons. Some of these stem from personal choices about freedom, while others may be based on information the person has about the equipment.

Unbeknownst to us, the baby boomer childhood was fraught with unrealized peril.

We are the helmet advocacy program of the Washington Area Bicyclist Association. We are a small, active, non-profit consumer-funded program providing bicycle helmet information. We try to explain the technology of helmets to consumers, and promote better helmets through improved standards.

Cyclehelmets.org is administered by the Bicycle Helmet Research Foundation (BHRF), an incorporated body with an international membership, the object of which is: "to undertake, encourage, and spread the scientific study of the use of bicycle helmets, in the context of risk compensation and sustainable transport".

Seat belts reduce serious crash-related injuries and deaths by about half. Air bags provide added protection but are not a substitute for seat belts. Air bags plus seat belts provide the greatest protection for adults.