Where in health am I? : Home / Health Cloud / Public Health / Organ Donation / Kidney

The gift that has been given to me says much about our capacity for great compassion and generosity, and I hope it sends an inspiring message to others about the importance of organ donation - Steven Cojocaru 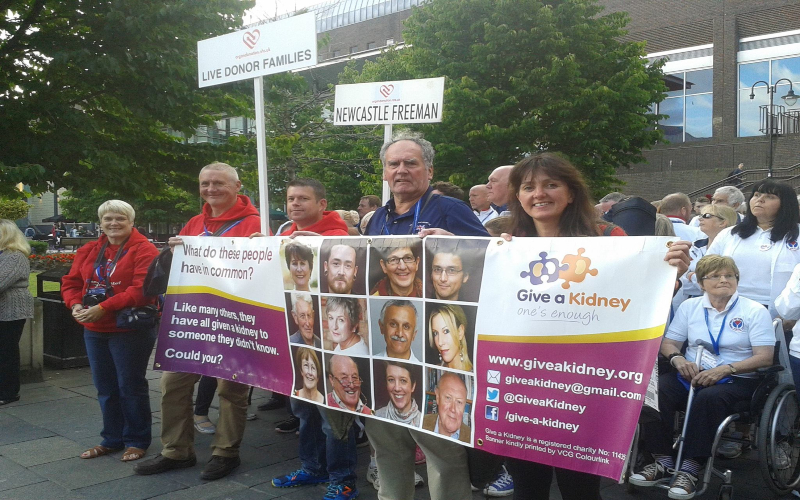 image by: Give a Kidney

The buying and selling of blood is still around, but it has been pushed into the background by the phenomenal emergence of organ transplants and the demand for living human organs, especially kidneys. Even though the sale or profiting from the purchase of human organs has been outlawed in just about every country, a planet-wide black market has arisen as a consequence.

There are reports of donors having been recruited from the Brazilian slums and flown to South Africa where their kidneys were surgically removed. They were paid six to ten thousand dollars and flown back home with one remaining kidney. The South African middlemen were then able to flog the "donated" organ for about one hundred thousand. Not too shabby a margin of profit.

Some organ donors may not even be that lucky. There are documented cases of wealthy people on dialysis who "short-cut" the wait by travelling to China to receive the kidneys of executed prisoners. There are even stories of women in India who are forced by their husbands to sell their organs to western buyers in order to provide dowries for their daughters.

As the shortage of transplants continues and the demand increases, it can only get worse. We are either going to have to find an ethical and honourable way of solving this enormous problem or the day of "Big Al's Used Organ Lot" may not be so far away. There is talk now of legalizing the trade in human organs in order to choke out the booming black market.

Is There a Moral Way to Fix America's Kidney Shortage?

Legalizing the sales of organs would require a shift in public opinion—which might be more malleable than previously thought.

Roughly a third to one-half of people with lupus develop kidney disease, and up to one in five of them will eventually need a transplant, sometimes because they weren't optimally treated with drugs.

The average patient with end stage renal disease will live 10 years longer if they receive a kidney transplant versus staying on dialysis.

As a transplant patient, an important part of the daily routine includes taking medications at the correct times and with their proper doses.

The mission of the National Kidney Registry is to save and improve the lives of people facing kidney failure by increasing the quality, speed, and number of living donor transplants in the world.

University of Minnesota Medical Center is a world leader in living donor transplantation.

Donating a kidney is a major decision. There are many things you should know before making your decision.