I am a firm believer in the people. If given the truth, they can be depended upon to meet any national crisis. The great point is to bring them the real facts - Abraham Lincoln 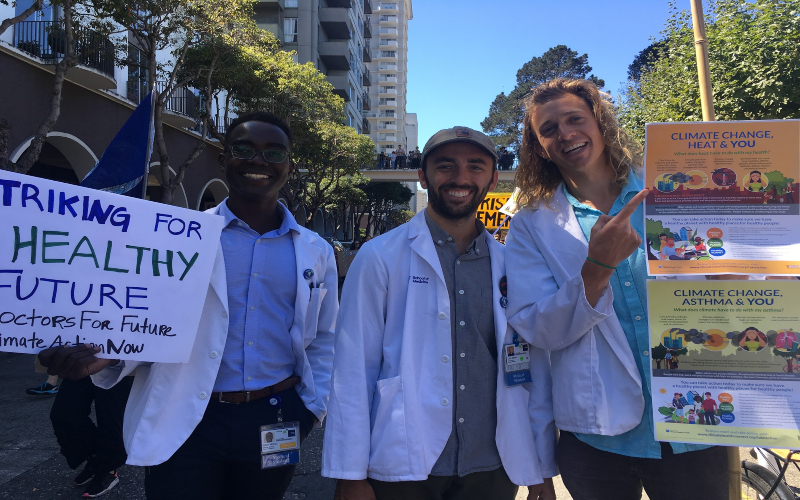 A Public-Health Crisis That We Can Fix

The federal judge and legal scholar Guido Calabresi likes to pose a conundrum to his law students. He asks them to imagine a deity coming forth to offer society a wondrous invention, one that would make everyday life more pleasant in almost every way.

This invention comes with a cost, however. In exchange, the deity would choose 1,000 young men and women and strike them dead.

Calabresi then asks the students if they accept the deal. In 30 years of giving the lecture at Yale, the answer is almost always no. At which point he delivers the lesson: “What’s the difference between this and the automobile?”

Modern society is impossible to imagine without the automobile, yet…

Identifying racism in this view could lead to positive change.

Gun violence is a public health crisis the U.S. won't pay to research. 6 things to know

Unfortunately, the research we need to answer these questions doesn't exist – and part of the problem is that the federal government largely doesn't support it.

Typhus, tuberculosis, and other illnesses are spreading quickly through camps and shelters.

It sounds contradictory: Young people, we’re told, are having less sex than older generations did at the same age. But they’re also contracting more sexually transmitted diseases than any other group, and the rates of infection are accelerating at an alarming pace.

Moutier and many other researchers think that the key to decreasing the American suicide rate is approaching suicide not like a series of nebulous personal tragedies, but like a public-health crisis. That means more training for medical professionals on how to treat suicidal patients, more funding for research into suicide’s causes and preventive measures, and more education for the public on how to support loved ones who are struggling.

Viral pandemics aren't the only worry: antibiotic resistance, a drop in vaccination and other issues could rapidly put the world's health in peril.

The Mental Health Crisis: A Crisis Of Health, Or Education?

The epidemic of poor mental health which has swept the Western world over recent years has left no demographic untouched. From growing antidepressant use in over-65s and suicide rates peaking in those in their late 40s to 50% of millennials reportedly having left jobs for mental health reasons and children and adolescents manifesting with symptoms increasingly early in life, no age group is immune. Governments have tried stemming the problem through research funding, public health initiatives and education for medical professionals and yet still the statistics continue to move in the wrong direction.

The Trouble With America’s Water

Few substances threaten public health quite like lead. In adults, lead can cause heart and kidney disease; in children, it can permanently lower IQ and lead to behavioral problems. Lead’s damage to the body is difficult to reverse and can last a lifetime.

Lead in water in Flint vs. lead paint poisoning in New York City.

Making abortion mostly illegal will kick off an unintentional, vast experiment in public health—one where the outcomes are sick or dying women and children.

Drug shortages pose a public health crisis in the US

Serious drug shortages are not a new phenomenon. The FDA recognized their prevalence and established a Drug Shortage Program back in 1999. The problem, however, persists.

It’s not a new disease: cholera has afflicted mankind for thousands of years. In the 19th century it spread from India to Asia, Europe and Africa because of trade and international travel. For a long time it was widely accepted that cholera – and other diseases like malaria and bubonic plague – were caused by “bad air”. This was known as the miasma theory.

No, Guns Are Not A 'Public Health Crisis'

Our Lack of Paid Leave Is a Public Health Crisis

Studies show having time off to recover, without worrying about money, is key to maternal and infant health, and so much more.

Patient safety: A public health crisis for a nation of patients

The United States is a nation of patients. More than 300 million Americans — 95 percent of us — encounter the nation’s health care system at least once in the space of five years. It’s essential that every health care encounter is safe and free from harm. Sadly, that isn’t the case.

The big public health crisis most presidential campaigns are ignoring

As many as 45,000 people could die from drug overdoses in the US this year, if the past few years' trend continues. That's more Americans than died at the height of the HIV/AIDS epidemic in the 1990s. It's a serious public health crisis. But if you listen to the many, many people running for president, it barely gets any mention.

The Mother of All Public Health Crises

Expectant mothers might want to consider medical tourism to Poland or Estonia or Saudi Arabia. According to the CIA World Factbook and a study in the medical journal The Lancet, these countries and MANY more have better rates of maternal mortality than the United States.

We are living in an era of epidemics. From communicable diseases like Ebola and measles that have the potential to become true epidemics, to other health threats that are branded epidemics like opioids and vaping, serious health threats are in the news and on our minds almost every day.

If you have 4 to 5 drinks in one sitting at least once a week, that's considered high-risk behavior.

What the Experts Want Us to Know About Public Health

Unfortunately, pockets of polio transmission provide reservoirs for resurgence at any time, with even one traveller able to bring polio back to a polio-free country. Polio is targeted to be the second human disease ever eradicated through vaccination. Smallpox was the first success story in 1974. Other diseases, like measles, wait in the wings to be selected for third place. Eradication initiatives are too labour intensive for the world to commit to more than one at any given time.

Over the years, researchers have tried unsuccessfully to measure the full health effects of wildfire smoke. The general consensus, based on hospital records, is that more smoke means more trips to the doctor for things like asthma, pneumonia, bronchitis, COPD, and heart failure.

A Public-Health Crisis That We Can Fix

Modern society is impossible to imagine without the automobile, yet it’s also one of the biggest destroyers of life. In the United States, crashes claim 1,000 lives every nine days. Last year, 40,000 Americans died, about as many as from breast cancer and more than twice as many as from murder.

Over the last decade, a significant amount of resources and effort in the public health field have gone toward public crises prevention. As citizens, we’ve become all too familiar with morbid news reports of gun violence, mass shootings in unthinkable places—churches, schools, movie theaters—dangerous health risks in our drinking water and worsening drug epidemics that claim a shocking number of lives per year.