Where in health am I? : Home / Health Cloud / Public Health / Violence / Political Violence

The moral and political imperatives are clear. Political violence must be universally condemned - David French 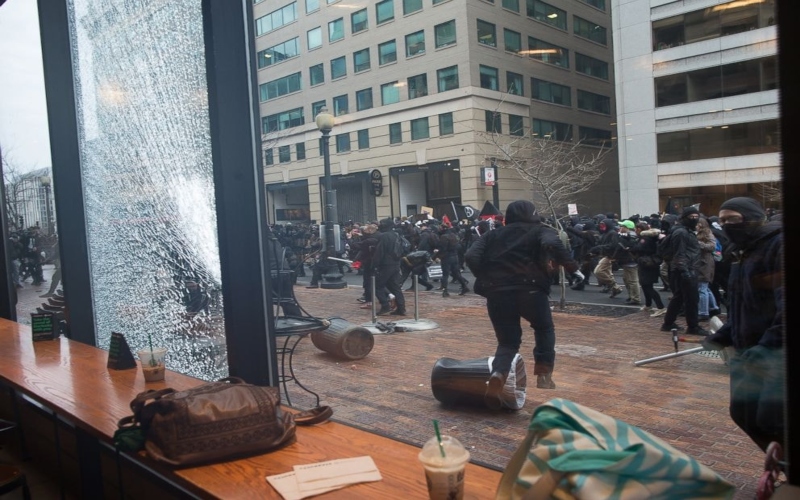 The Growing Danger of Political Violence Threatens to Destabilize America

When I was researching my new book, Divided We Fall: America’s Secession Threat and How to Restore Our Nation, the reality that pushed me to write a book that would dare mention a word like “secession” was an eerie comparison to America’s two previous breakaway movements – the Revolutionary War and southern insurrection.

In both instances, a geographically contiguous and relatively culturally homogenous group of Americans believed their liberty and culture was under direct threat from a hostile power. These Americans lost faith in the normal processes of government to defend their way of life. Compounding the crisis, the level of hostility escalated to the point where they…

Survey Looks at Acceptance of Political Violence in U.S.

One in five adults in the United States would be willing to condone acts of political violence, a new national survey commissioned by public health experts found, revelations that they say capture the escalation in extremism that was on display during the Jan. 6 attack on the Capitol.

A new survey shows that as trust in public institutions declines, more Americans are willing to support political violence.

Should America Be Worried About Political Violence? And What Can We Do to Prevent It?

Political violence can’t be predicted perfectly, but international conflict prevention practitioners have determined a series of risk factors and warning signs that can begin long before violence occurs.

Why We Kill: The Political Science of Political Violence against Civilians

Few observers of the blood-soaked years since the dawn of the twentieth century would deny the veracity of the Roman proverb “man is a wolf to man.” International wars, civil wars, genocide, terrorism, and their tragic sequelae have scarred the lives of most living people, especially those born before the end of the Cold War. Since 1900, these and related forms of political violence have likely killed well over 100 million people, the majority of whom were civilians.

Another 'Civil War'? Pessimism About Political Violence Deepens In A Divided Nation

The mathematics underpinning the rise and fall of empires suggest that the US faces imminent and bloody unrest. How worried should we be?

Political violence broadly defined, including guerrilla warfare, insurgency, terrorism, rebellion, revolution, rioting and civil war, can be distinguished in several ways, by the nature of the objectives; by the targets of attacks; by the organizational structure of groups and by the repertoire of actions.

Is American Tolerance for Political Violence on the Rise?

When it’s working, American democracy is a peace process—its institutions were devised to settle radical disagreements nonviolently. On rare occasions, though, the institutions have failed. Is this another such moment?

Latin Politics Arrive in the U.S.

Why ‘participatory democracy’ seems always to degenerate into mob violence.

Political violence, collective functioning and health: a review of the literature

The Violence at the Heart of Our Politics

In Congress before the Civil War, partisan disagreement often featured Bowie knives and pistols. Are we headed back toward that way of life?

This expert has tracked 30 years of global protests. Here’s what he’s learned.

A research project in New York has tracked growing attempts to remove politicians from power—from Lebanon to Thailand.

‘The Hill We Climb’

“In my poem, I’m not going to in any way gloss over what we’ve seen over the past few weeks and, dare I say, the past few years. But what I really aspire to do in the poem is to be able to use my words to envision a way in which our country can still come together and can still heal,” Gorman told The New York Times. “It’s doing that in a way that is not erasing or neglecting the harsh truths I think America needs to reconcile with.”

The Rise of Political Violence in the United States

Political violence has a long history in the United States. Since the late 1960s, it was carried out by intensely ideological groups that pulled adherents out of the mainstream into clandestine cells, such as the anti-imperialist Weather Underground Organization or the anti-abortion Operation Rescue.

The Scientist Who Predicted 2020's Political Unrest On What Comes Next

Catching up with Peter Turchin, whose theory predicted a period of political violence starting this year.

Are we entering a new era of political violence?

A monumental question is whether we’re on the brink of something much worse. Was this just a flash of violence incited by a reckless president — or the start of a very ugly and dangerous period of American history, something akin to the 1850s before the Civil War?

For months, photographer Louie Palu has chronicled Washington as the capital weathered a deadly pandemic, protests against racial injustice, unfounded claims of election fraud and an insurrection.

Let people join with the like-minded to reject officials and laws that don’t suit them and to construct systems that do.

As support for political violence appears to be on the rise in the US, experts warn that such threats endanger the health of America’s democracy. But they say the country still has time to tamp down violent rhetoric if political leaders, particularly those in the Republican party, stand up and condemn this alarming behavior.

As the nation contemplates the meaning of politically motivated violence, insurrection, and resistance to leaders elected to advance civil rights, it is useful to remember that in 1894, former Confederates in North Carolina lost governing power to an interracial political coalition.

The Words of Martin Luther King Jr. Reverberate in a Tumultuous Time

Dr. King’s speeches have particular resonance today amid a year of sickness and death, Black Lives Matter protests and the storming of the Capitol.

With an incumbent who has been advocating for a strong law-and-order agenda, many people did not expect this. In a country with a strong domestic security apparatus, militias and vigilantes hurt rather than help in promoting the rule of law. What separates the U.S. and other advanced and militarily capable democracies from other countries where deadly election violence happens is the ability to wage an effective state response and very quickly implement the rule of law, cracking down on both the perpetrators and any groups they might be affiliated with.

The Growing Danger of Political Violence Threatens to Destabilize America

The moral and political imperatives are clear. Political violence must be universally condemned.

Political Violence At A Glance

Political Violence @ A Glance is an award-winning online magazine directed by Erica Chenoweth, Christian Davenport, Barbara Walter, and Joe Young, that answers questions on the causes and consequences of violence and protest in the world’s conflict zones.

While violent conflict is likely to remain a perennial feature of human group interaction, the Political Violence Lab engages in research that seeks to inform efforts to mitigate its frequency, intensity, and downstream effects.

Founded in 1968, Reason is the nation's leading libertarian magazine. We produce hard-hitting independent journalism on civil liberties, politics, technology, culture, policy, and commerce. As the magazine of free minds and free markets, Reason exists outside of the left/right echo chamber. Our goal is to deliver fresh, unbiased information and insights to our readers, viewers, and listeners every day.

The UC Institute on Global Conflict and Cooperation (IGCC) addresses global challenges to peace and prosperity through rigorous, policy-relevant research, training and engagement on international security, economic development and the environment.

Vision of Humanity is powered by research, data and analysis by the world renowned think tank, the Institute for Economics & Peace.