Where in health am I? : Home / Health Cloud / Sport Health / Journals & Magazines

Knowledge is of two kinds. We know a subject ourselves, or we know where we can find information on it - Samuel Johnson (1709 - 1784) 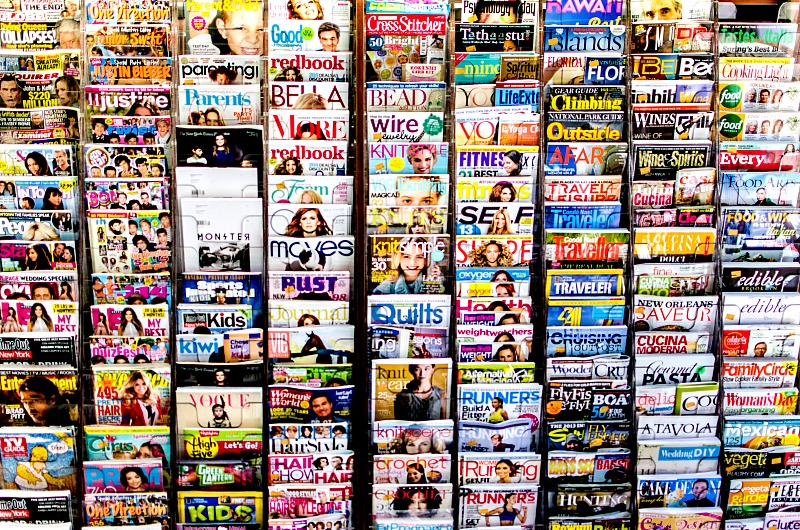 Concussions drastically alter the lives of many athletes. Thanks to relentless media coverage of related head injury research and its impact on athletes, most of us know this.

However, science on another sports-linked health problem, a syndrome known as female athlete triad, suggests an urgent need for more education on risks and prevention. The female athlete triad is made up of three conditions that tend to co-occur: disordered eating, low bone density, and amenorrhea, the absence of menstruation. These three conditions exacerbate one another since estrogen released during menstruation is needed to build strong bones and adequate caloric intake is needed for the body to menstruate.

A recent study found that 78 percent of female athletes in high school had at least one element of the triad. This is especially troubling since a woman builds 90 percent of her peak bone mass by age 18, so if she is not menstruating during those years, she'll be at a lifelong disadvantage and particularly susceptible to the worst consequences of the triad.

Like head injuries in sports, the triad imposes a heavy burden on athletes. Women who suffer from it not only can experience stress fractures and lifelong body image issues, but also have weak bones for life. According to the Surgeon General, osteoporosis-related fractures often lead to physical and psychological consequences, including future fractures, depression, functional impairment, pain, and disability. However, the triad has yet to penetrate the mainstream consciousness as a serious health concern.

Dr. Kathryn Ackerman is the Medical Director of the Female Athlete Program at Boston Children's Hospital, the Associate Director of the Sports Endocrine Research Lab's Neuroendocrine Unit at Mass General, an assistant professor at Harvard Medical School, the team physician for USA Rowing, and, when she was younger, she was on the national US lightweight crew team. She is considered one of the foremost experts on female athlete triad and believes that social norms are a significant part of why the triad is so common. Specifically, unrealistic beauty ideals.

"There's a huge pressure for female athletes to not only be successful athletes but to look good while doing it, and to fit into a stereotypical ideal that men are not as pressured to achieve," Ackerman said.

And of course, the money problem is there, too.

"In women's sports, there's no sport for women that really brings in a ton of revenue. It's not like we can bang on the door of the WNBA and say we need a million dollars for female athlete triad, 'cause they don't really have it. Nor does professional soccer or any other women's sport."

A lack of money isn't the only factor keeping female athlete triad in the shadows. Recall that women's sports took off as a result of the 1972 passage of Title IX civil rights legislation, which, among other significant policy impacts, significantly expanded access to college athletics for women. However, with this expanded access came a culture of perfection within women's athletics. Women were judged against men—in spite of inherent biological differences directly affecting limits on muscle strength and blood oxygen transport—so to close the perceived gap, women began overtraining and dieting with little if any regard for long-term consequences.

Female athletes were known to be losing their periods by the late 70s. However, a culture of silence on issues within the female athlete community took hold, born of a fear that Title IX gains could be lost if the public once again came to perceive athletics as too dangerous for women.

Still, Ackerman said she thought today the "whole mood is changing." When discussing the need for a comprehensive study to prove that long-term impacts of triad are significant, she mentioned she had something "in the works," but couldn't tell me what. The need for some sort of breakthrough becomes apparent when Ackerman discusses her interactions with athletes dealing with elements of the triad. She said they are hard to rationalize with, and she must focus on emphasizing the triad's performance costs rather than its health consequences or risk losing their attention. Even then, she said, the athletes don't believe she knows anything about sports, and don't listen to her until they experience the triad's long-term consequences for themselves.

"Very often," Ackerman said, "what you see is these girls who are restricting their eating. They are extremely lean. Initially they have a performance increase, so if they're overtraining, and they lose their period, they might be the fastest girl on their team temporarily. But it takes a while for them to have the crash. They have to almost start to see the performance detriments or have that injury before they buy into it."

Despite the work of Ackerman and many others, female athlete triad is still overshadowed by problems like sports head injuries that have big budget stakeholders lobbying for more education. A recent opportunity to further awareness came when Ackerman was in talks to promote the inaugural international Female Athlete Conference she co-founded on the Today Show, but the timing coincided with the Boston Marathon bombing.

On the micro level, parents and educators entrusted to care for female athletes have much to do and learn. "Eating disorders and disordered eating and body image things are starting to happen younger and younger," Ackermand said, and getting the message out that it's important for female athletes to get their periods at the appropriate age is key. In the US, the average age of first menstrual cycle is 12.5, and if an athlete isn't getting her period by about 15, it's considered delayed. Of course, there's the matter of getting the many male coaches in women's sports to actually discuss these matters with athletes.

"It's especially hard sometimes for male coaches who don't find this a comfortable topic. I tell them, listen, you don't need to be harping on this with your athletes every day," Ackerman said. "You just have to be able to say, it's important that you get regular menstrual cycles, it's a normal vital sign that needs to be checked, and if you're having any abnormalities with this, you need to go see your doctor."

Even within the medical community there's still the matter of getting information out there. Ackerman said she knew that for Harvard medical school residents, "if [female athlete triad is] not something the people see on a daily basis, they don't know about it. And then even the people who do see adolescents or athletes on a daily basis aren't necessarily making the connection." The International Olympic Committee, however, is playing a possibly pivotal role in changing the conversation on female athlete triad. It sees the triad as being a subset of a new concept, called Relative Energy Deficiency in Sports, or RED-S. This represents a move towards understanding that energy deficiency could have multiple effects even greater than those encompassed by the idea of female athlete triad, and that it could potentially be affecting male populations.

As we wrapped up I asked Ackerman, female athlete to female athlete, what she thought the solution was. I know the triad's effects well; I didn't have an eating disorder, but I didn't start my period until I was 17, and went from continuously improving as a high school runner to being sidelined for most of college by a half-dozen stress fractures. I told Ackerman it seemed nearly impossible to tell someone who wants so badly to improve at her sport, who relishes pushing herself to the limit in every way, that she can push herself in every way except for the one that would make her lose her period.

"I think that's one of the things that RED-S is going to help us with," Dr. Ackerman said, after a pause. "It's not a question of not being able to push yourself. It's [going to be about] fueling yourself enough to allow you to do it."

How Being A Sports Fan Makes You Happier And Healthier

It’s easy to be cynical about professional sports — especially the NFL. But despite the disturbing headlines the league earned this year, ranging from lax penalties for domestic violence to a growing awareness of the impact of traumatic brain injuries, there will always be at least one silver lining for professional football.

Research explains why so many people are obsessed with sports

This week, millions of Americans are obsessing over a game. The results of the game will directly affect just a few hundred players and team staff. But millions of spectators will live vicariously through the teams, their hearts pounding so furiously during tense moments that they might literally suffer heart attacks.

Among female athletes, a triad of conditions is causing long-term health dangers that remain poorly understood and outside any mainstream discussion.

The effects of a three-week imagery and video imagery intervention program on the throwing accuracy of individual baseball pitchers.

An international refereed journal published for clinicians with a primary interest in sports medicine practice.

Provides current, practical information on the diagnosis and treatment of conditions affecting the athlete.

To provide premier quarterly reviews of the most contemporary scientific, medical, and research-based topics emerging in the field of sports medicine.

Journal of Sports Science and Medicine

Research and review articles in the fields of sports medicine and the exercise sciences.

A monthly journal serving the practicing physician's professional and personal interests in the medical aspects of exercise, sports, and fitness.

Official Publication of the American Orthopaedic Society for Sports Medicine.

Nowhere is minimally invasive surgery explained better than in Arthroscopy, the leading peer-reviewed journal in the field. Every issue enables you to put into perspective the usefulness of the various emerging arthroscopic techniques.

With Bone & Joint we make it easy for you to appraise the latest orthopaedic research from around the world, giving you a broad and deep perspective on changing knowledge and practice. As well as reading about it, you can interact with the information too — view videos, listen to podcasts, and earn CME points. Many of these tools are completely free to access.

A peer review journal for Health professionals and researchers in sport and exercise medicine.

ExerciseDaily! is a free online wellness magazine. Our promise is to provide year-around research news and information on the latest discoveries in exercise, fitness, health, nutrition & wellness.

Developed by the experts at FITNESS magazine, this is the premiere Web site for exercise, health, and nutrition information.

IDEA Fitness Journal is the professional voice of the fitness and wellness industry. Published 10 times per year, this award-winning magazine keeps pace with the continuing evolution in fitness. Our editors, writers and fitness experts follow the crossover and convergence among professionals and training philosophies.

ACSM's Health & Fitness Journal®, an official publication from the American College of Sports Medicine (ACSM), is written to fulfill the information needs of fitness instructors, personal trainers, exercise leaders, program managers, and other front-line health and fitness professionals. Its mission is to promote and distribute accurate, unbiased, and authoritative information on health and fitness.

Papers that deal with diverse areas of research in applied physiology.

To provide a forum for the exchange of information and ideas among researchers in biomechanics.

The latest evidence-based research and clinical cases in musculoskeletal health and rehabilitation.

Your source for the latest research in the field of sport rehabilitation.

Healthy habits, not iron willpower, are the keys to achieving the shape you want. Get started today with these effective tools.

A multidisciplinary and encompasses all elements of research in sports.

The journal helps physicians digest the large volume of clinical literature in sports medicine and arthroscopy, identify the most important new developments, and apply new information effectively in clinical practice.