Skating has given me so much that it's priceless - Michelle Kwan 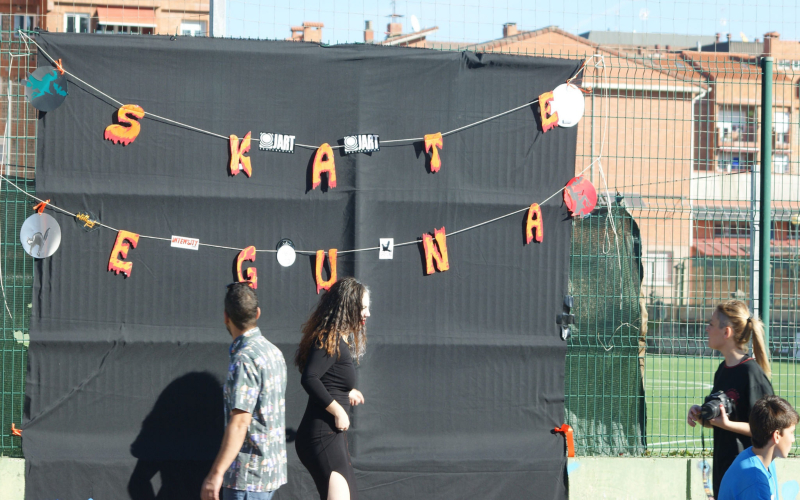 Stranger in a Strange Land

So, there we were. After a four hour drive from the mountains, and several missed turns (this was pre-GPS), I finally pulled into the nearly full parking lot and circled, looking for a place to land. The car was packed with bags, skates,costumes and one very antsy 4 1/2 year old. We had arrived.

It was our very first competition - Funtastics basic skills at South Suburban Ice Arena. What struck me as we unloaded the trunk was ALL the people! Lots and lots (and lots) of little girls running around outside in their skates, hair done to perfection, heavily beaded dresses glittering in the sun. Parents either chasing after them; parents sitting at tables or in the grass eating; parents…

Olympic figure skaters are super flexible. Here’s why you don’t need to be

But such extreme feats of flexibility may prompt us to wonder whether we should all be working a little harder to touch our toes or do the splits. It turns out many of the benefits of flexibility and stretching for us amateurs have been overstated.

Skating was at peak popularity two decades ago. Many are picking up the hobby as an easy socially distant activity.

The Hidden Drama of Speedskating

At first glance, speedskating couldn’t be more boring. Two participants on metal blades glide round and around an oval ice track, and no sooner do they cross the finish line then a new pair is sent off to repeat the performance.

A Rolling Party Brings the Funk (and Health Benefits)

There is a core group that comes at least once a week: a mix of firefighters, teachers, politicians, lawyers, boxers and a very limber 81-year-old woman. It was from constant interaction with this crowd that Ms. Dean realized her class provided more than just fitness, leading her to write and self-publish a book, “The Power of the S.K.A.T.E.” “Skating helps people through the traumas of life,” she said. Tamika Anderson, 37, an advanced skater, agreed. “I was diagnosed with cancer and skating is kind of like therapy,” she said. “It helped me because for a couple of hours, I didn’t have to worry about my health. I was just here and I was having a good time. It is therapeutic.”

Figure skaters have to train themselves to ignore their natural reflexes

Brain areas that control movement have to learn new tricks.

The athletes’ brains get rewired with practice to counteract reflexes and execute complex routines.

The brisk air on your face and in your lungs. The sense of flying as you glide across the ice. It’s easy to appreciate the sensation of ice skating, but are you aware of its many mental and physical health benefits? Some may surprise you.

A doctor advises how to work past the initial stumbles and get good exercise on skates.

Jumping down massive stair sets is easier when your blood isn't pulsing with soda.

Strap on Some Skates to Support Your Health

But what activity combines physical fitness, fun, and originality? The answer is… skating! Here are 5 reasons why skating impacts your health and benefits your fitness...

But DiZio, after watching lots of figure skaters at the Olympics, thinks he's landed on another reason skaters don't tip over, retching after each performance. "This is my theory — to tell you the truth, I haven't seen this anywhere — but I think at least 80 percent of the time when the person does the spin and they stop, they don't just stop solid and make no movement. They do like a little dance motion at the end in which they dip their head," he said. That could, consciously or unconsciously, be an effort to take advantage of sensory "dumping," effectively hacking the way the brain handles information.

The Health and Fitness Benefits of Ice Skating

The History and Science of Ice Skating

Ice skating is one of the great pleasures of winter. But the origin of the idea of attaching blades to our feet has not been well understood. Researchers at Oxford University think they may have an answer.

The Horrible Truth about Roller Derby

Two years after I quit roller derby my broken bones and bruises have healed but I’m still wounded.

The physics behind figure skating’s most difficult jump

While all athletic competitions have evolved over the past century, figure skating in particular has come a long way since 1896, when Gilbert Fuchs became the first world champion at carving specific “figures” into the ice.

The Physics of Figure Skating

Figure skaters not only have to perform incredible feats of human strength and agility, but they also have to push the limits of what is humanly possible while making their movements look easy. Their motions appear graceful and smooth as they hurtle their bodies through the air with nothing but the hard ice below.

The surprising science of why ice is so slippery

How ice skating works, according to physics and chemistry.

How the differences between gymnastics and figure skating explain the winter sport’s declining popularity.

Whatever Happened to Roller Skating?

Heading to the rink for a night of fun may seem kind of retro, but it isn't a thing of the past.

Why Roller Blading Is Easier Than Roller Skating

Lots of people ask us what is easier - roller blading or roller skating? While many people expect quad roller skates to be easier to learn than inline skates (or roller blades as they are commonly known), the truth is that many children and adults find inlines to be very easy.

Stranger in a Strange Land

So, there we were. After a four hour drive from the mountains, and several missed turns (this was pre-GPS), I finally pulled into the nearly full parking lot and circled, looking for a place to land. The car was packed with bags, skates,costumes and one very antsy 4 1/2 year old. We had arrived.

When you think of roller skating, you might think of someone on roller blades, strolling along the sidewalks and boardwalks near the beaches of California. At least, that’s what we see in movies, right? But in reality, roller skating can be done anywhere, even in your own neighborhood. And the best part of it is, not only is it a fun activity, but it offers plenty of great health benefits for your body.

If your parents have been continuously pushing you to leave your Roller Skating habit then don’t forget that- you’re not the only one. Unbeknownst to many parents however, this hobby can provide a great means of aerobic and physical exercise—capable of supporting strong joints and natural muscle growth.

Skate for Change chapters across the globe take a look at what their city needs, and then take action. Whether it is handing out socks, or cleaning up parks, Skate for Change is all about showing up and giving back.

The ultimate archive of figure skating's fabulous and fascinating history.

A figure skating web site, with a focus on pairs skating.

The mission of Golden Skate™ is to provide visitors with the largest variety of figure skating resources possible.

The place to be when it comes to ice skating.

International Figure Skating - your number one source for news, views and first class photography from around the globe.

Life on the Edge of Skating

Adventures from a quarter century of skating observations by professional communicators who are also skating parents.

I'm a 60-something year old goat (who's counting? I don't look a day over 70) who enjoys racing Classic and Vintage Moth Boats (a small development class of sailing dinghy), putzing with little British cars, riding bikes (both motor and pedal),figure skating and an occasional bimble.

Committed to providing continuing education and accreditation to ice skating professionals in a safe and ethical environment. Training quality coaches around the world.

They say figure skaters are obsessed with tracking their progress, and I’m no different in that respect. I’m taking up this blog mostly as a journal for myself to mark my progress, but if it proves to be useful or interesting to anybody else, I’m happy to be of service!

As the national governing body, the mission of the United States Figure Skating Association is to provide programs to encourage participation and achievement in the sport of figure skating on ice...