Where in health am I? : Home / Health Cloud / Sport & Health / Sport / Skiing & Snowboarding

If you don’t do it this year, you will be one year older when you do – Warren Miller 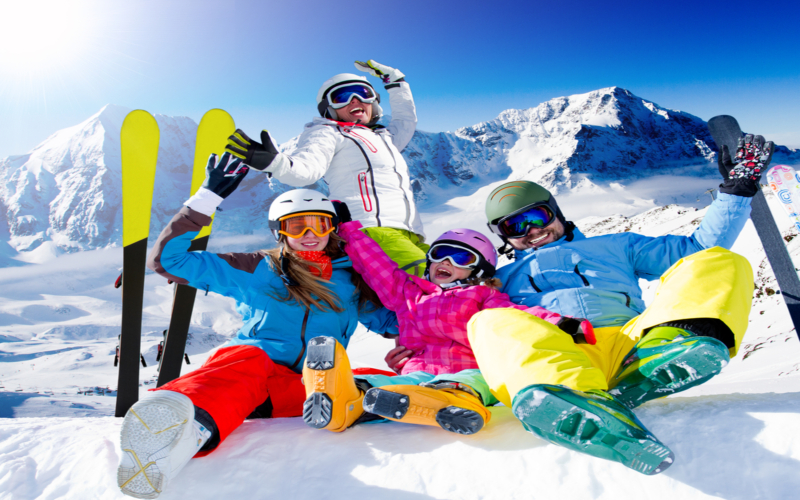 What Cross-Country Skiing Reveals About the Human Condition

Every winter sport is — in addition to being an inspiring triumph of elegant majesty — also a total hassle. It is not easy to convert your soft, frail, squishy, warm human body into something that can survive in the hard world of frozen water. It requires all kinds of logistics: fitting, strapping, buckling, bundling, clomping, shivering. But the effort is worth it, because the frozen water unlocks superpowers we would never otherwise have. It allows us to glide, slide, soar, whoosh and hurtle. Skiers go flying over moguls at 75 m.p.h. Speedskaters shoot over the ice, leaning and pumping, weaving through competitors. The payoff for the ridiculous logistical nightmare is the gift of fluid speed.

Why Skiing Is a Ridiculously Good Workout

The bracing air on your face and the rush of snow beneath your skis: Not many activities intuitively feel as healthful and invigorating as downhill skiing. But is it actually any good for you? The answer, unequivocally, is “yes”—although how good skiing is for you depends in part on your skill level, how hard you push yourself and the types of terrain you tackle on the slopes.

Winter skiing holidays: how to get ski fit and avoid an injury

Here’s our guide to getting ski ready. And although strength and conditioning feature heavily, it’s also important to think about cardiovascular fitness before you hit the slopes – as many injuries occur as a result of fatigue.

Do you remember when the skiers wearing helmets were the weird ones?

Once a rare sight amongst American skiers and snowboarders, helmets are ubiquitous enough that now what’s weird is to see someone on the slopes without protective headgear.

Which is a Better Workout: Skiing or Snowboarding?

Skiing and snowboarding can both burn between 300 and 600 calories an hour, but how much exactly depends on how hard you work. Of course, there's one sure-fire way to know that you're getting the best workout possible: Skip the lift and skin your way to the top.

A Winter Workout With Only Moonlight to Guide Him

Is it worth enduring hours of pain for a moment of absolute glory? Considered objectively, as a cost-benefit thing, the answer would have to be no. Especially when you factor in the risk that the snow might actually be bad. But that’s not really the way to look at it. For one thing, the pain doesn’t remain pain in your memory quite the same way that glory does. And while we all wish it weren’t so, somehow it’s the pain that makes the experience come to life.

How an Amputee Excels on the Slopes

Years after losing a leg, Pam Eberly got into snowboarding and still does it at 67; ‘I play so hard’

Is Skiing More Dangerous Than Snowboarding, Or Vice Versa?

When thinking about this from an unbiased perspective, most people would agree that the risk for injury is equal whether someone is skiing or snowboarding. According to research conducted by the National Ski Areas Association in the U.S. has shown that, “snowboarding is less deadly than skiing.”

It's More Fun When You're Fit: How to Physically Prepare for Skiing and Snowboarding

Because skiing involves stamina and short-burst aerobics, the most effective preparation is a combination of high-intensity training and longer, more sustained efforts.

To get nitty-gritty, budget-saving tips, we turned to ski-town locals and winter fanatics for advice.

Ski fitness: how to get fit for the slopes

Always tired half way through your ski or snowboard holiday? The answer is to prepare your body during the weeks leading up to your trip - it will also improve performance and reduces the chance of injuries and falls.

Need an excuse to go ahead and book that ski holiday this season? A new study finds that even one-off ski trips are actually good for your health. South Korean researchers claim that the pleasure gained from a skiing holiday is enough to improve your overall happiness and well-being — even if you only get to the mountains occasionally.

Ski Wax Chemicals Can Build Up in Blood

The extra speed provided by ski wax comes at a cost--perfluorochemicals.

Are you a skier who wants to try snowboarding? Or a boarder curious about skis?

Skiers vs. Snowboarders: Who Gets Injured More?

The snowboard vs. ski divide is largely a cultural one. From a fitness standpoint, both activities are regarded as great core workouts that require balance, flexibility and strength. But there’s new evidence that skiers and boarders are using their bodies very differently — as evidenced by the divergent injuries the athletes get. So who was more likely to get injured overall?

Skiing Or Snowboarding? She Chose Both, And Won Olympic Gold In Each

You may call her the miracle from Prague. Or not. What’s important is that the 22-year-old Czech, Ester Ledecka, rewrote Olympic history at the 2018 Winter Olympic Games in Pyeongchang. She’s the first woman in the history of the Olympic Games to win a gold medal in two disciplines. She won the parallel giant slalom in snowboarding and sensationally won the super-G slalom on skis. Achieving something like this - winning gold in two disciplines - has only been done by two men before her. And that was almost a hundred years ago.

Skiing vs. Snowboarding: The Hard Truth About a Ridiculous Argument

It seems to me that the people who do take part in this argument feel like they have something to prove and, I suppose if they could prove it on the mountain, they wouldn’t feel the need to do it in the gondola and apres bar. But, that’s just a guess.

The Trials of a Pro Snowboarder

He is a strong believer in healthy food as preventive medicine. “It’s sad because I think so much of the way we operate in America is we all just eat…preservatives, sugar and terrible food,” he says. “Simply eating good food is one of the most punk rock things you can do.”

Why You Should Start Skiing or Snowboarding This Winter

Trade your sneakers for skis or a snowboard for a few of your winter workouts: An afternoon on the slopes will burn off about 740 calories—the same as an hour-long spinning class but with breathtaking views.

What Cross-Country Skiing Reveals About the Human Condition

In cross-country skiing, every single mile per hour must be earned. You pump your arms and legs against an endless and relentless resistance. When cross-country skiers run into a steep incline, they refuse the petty shortcut of a ski lift. Instead, they suffer their way up.

5 Exercises To Get Ski And Snowboard Ready

Ready to hit the slopes this winter? If you spend most of your week cooped up at a desk, weekend ski and snowboard trips could leave you with strained muscles and a sore back. But with the right preparation, including strengthening your hamstrings, quadriceps, back and core, you won’t have to risk injury or suffer from the usual aches and pains, says Mike Morin...