Age is no barrier. It’s a limitation you put on your mind - Jackie Joyner- Kersee, Track and Field 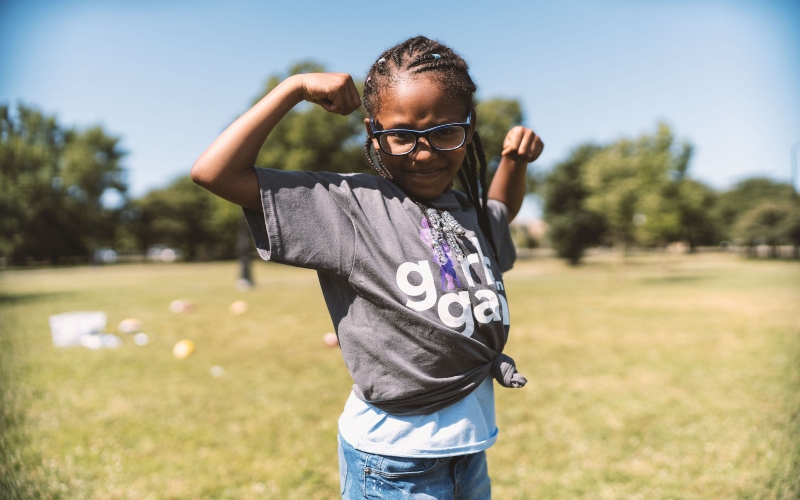 Toxic sport cultures are damaging female athletes’ health, but we can do better

Recently, several elite sportswomen have spoken out about toxic sport culture and the damage it does to their long-term health.

Mary Cain went from being the fastest and the youngest American track and field athlete to make a world championships team to having her health completely break down. Cain revealed how coaches, sponsors and medical support staff told her to lose weight for performance, and refused to listen to her concerns about her physical and mental health.

Cain was experiencing a condition known as low energy availability. But it had become so normalised within the sporting world her pleas for help went unanswered.

This condition occurs when athletes’…

Do You Know the Factors Influencing Girls’ Participation in Sports?

By age 14, many girls are dropping out of sports at two times the rate of boys.1Through more than 25 years of research, the Women’s Sports Foundation has identified key factors which contribute to this alarming statistic. Read on to learn more about how these factors influence girls’ sport experiences and why they need to stay in the game.

The science behind sex, gender, and athletic competition is still pretty shaky

Joanna Harper’s work has catapulted her into a century-long debate about who gets to play women’s sports.

The Struggles of the Female Athlete

Who Should Compete in Women’s Sports? There Are ‘Two Almost Irreconcilable Positions’

While scientific and societal views of sex and gender identity have changed significantly in recent decades, a vexing question persists regarding athletes who transition from male to female: how to balance inclusivity, competitive fairness and safety.

Women are constantly on the go both at work and home. Active in Sports at all levels, women now look at exercise as a vital part of life. Through the years many people feel that women's health needs have not been met by the male dominated medical profession. Recently, the medical profession has become less male dominated with more research being undertaken on women's health issues.

Gymnasts Worldwide Push Back on Their Sport’s Culture of Abuse

On Instagram and other social networks, gymnasts have tagged posts with #GymnastAlliance to share their own experiences in the wake of a new documentary that highlights verbal and physical abuse by coaches.

Recent Winter Olympic sporting success raises critical questions about the limits of national campaigns’ ability to translate gold medal “inspiration” into everyday participation for women and girls in sport and physical culture. Minister for sports Helen Grant has also created controversy by suggesting women should be able to choose what sport they want to do, whether that was taking up hockey or the more feminised practice of cheerleading. The negative public reaction to this suggestion reflects the desire of many to move beyond the history of narrowly defined, feminised sport.

Women of all ages can experience the long-term health benefits of exercise. Because of their unique physiology however, female athletes can be at risk for certain sports injuries or conditions. Here are some common health concerns female athletes may encounter during different life stages.

More Female Athletes Talk About a Taboo: Their Periods

Sex tests in sports are archaic.

Female athletes and leaders are undeniably more visible and increasingly successful in sport – putting in incredible performances both on and off the field. But these achievements still occur in a male defined sport sector – where female stars have to tackle marginalisation and sexualisation of their sporting performance and leadership skills.

What Actually Happens When a Trans Athlete Transitions

Fears of trans women taking over women’s sports simply doesn’t match up with the reality of the effects that transitioning and hormone replacement therapy have on an athlete’s body.

Toxic sport cultures are damaging female athletes’ health, but we can do better

Our new research shows a lack of knowledge about the condition among coaches and athletes and that hierarchical power relations and stigma are contributing to it.

We are the ally, advocate and catalyst for tomorrow’s leaders. We exist to enable girls and women to reach their potential in sport and life.

Women fitness (WF) believes that every woman can achieve a desired body if she believes in herself and works whole-heartedly to achieve a healthy and fit body no matter what comes in her way.