Where in health am I? : Home / Health Cloud / StaynHealthy / Brain Health / Cognition

Minds are like flowers, they only open when the time is right - Stephen Richards 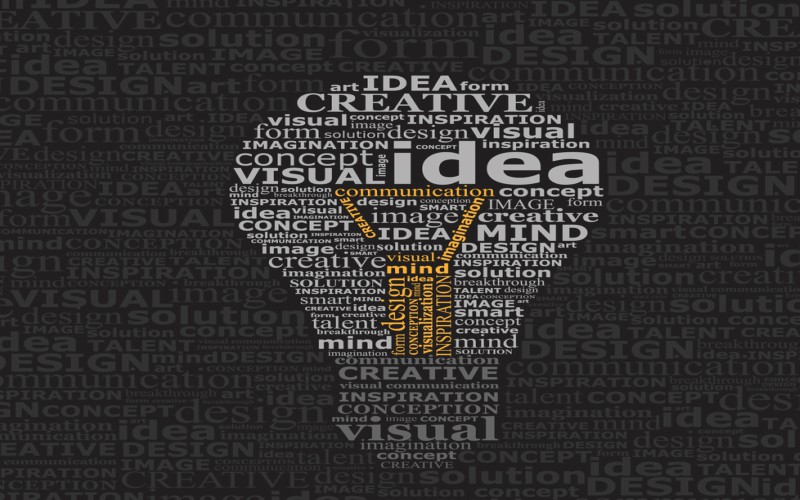 The Value of Struggle, and How You're Letting Technology Diminish It

But there is a subclass of struggle that serves a higher function. Call them creative struggles, challenges to our minds to produce answers or solutions where initially it seems we have none. These struggles are a unique means to improving mental functioning.

However, an increasing percentage of the population is willing to trade in such struggle for convenience and ease. It's the latest fad in dumbing down of the general public,…

Cognistat is the #1 choice of neuropsychologists for cognitive screening in the US and Canada.

Cognitive functions such as reasoning and learning use a number of distinct brain regions in a time-sequenced manner. Anatomy alone – the neurons and nerve fibers – cannot explain the excitation of these regions, concurrently or in tandem. Some connections are actually “wireless.” These are electric near-field connections, and not the physical connections captured in tractographs.

I failed — at age 34 — the now-politicized Montreal Cognitive Assessment

One sunny day in October 2016, I failed the Montreal Cognitive Assessment (MoCA). That’s the test pundits are having a field day with because it’s probably the one President Trump recently bragged that he “aced.”

Understanding how the brain makes decisions is tricky. Cognition is a complex process. It’s difficult to design an experiment that can show us exactly what is going on in the brain when it is drawing conclusions, making decisions, or learning.

What scientists learn about animal cognition helps unravel the mysteries of intelligence.

The Cognitive Advantages of Growing Older

The later decades of our lives are there for a good evolutionary reason.

The Cognitive Biases Tricking Your Brain

Science suggests we’re hardwired to delude ourselves. Can we do anything about it?

These techniques are proven to boost certain cognitive functions

Included: how memory athletes stuff their noggins with so much knowledge.

Trump aced the Montreal Cognitive Assessment. Here’s what that means.

When Adolescents Give Up Pot, Their Cognition Quickly Improves

Marijuana, it seems, is not a performance-enhancing drug. That is, at least, not among young people, and not when the activity is learning. A study published Tuesday in the Journal of Clinical Psychiatry finds that when adolescents stop using marijuana — even for just one week — their verbal learning and memory improve. The study contributes to growing evidence that marijuana use in adolescents is associated with reduced neurocognitive functioning.

Since most people perceive visual information better, I’ve crafted an infographic on how to increase brain power at the workplace so that you can save, share and use later.

Self-administered online tests are a dime a dozen. But one of the simplest has shown itself an effective tool for showing you something about what's going on with your most complex organ.

A Safe Drug to Boost Brainpower

Can You Get Smarter?

YOU can increase the size of your muscles by pumping iron and improve your stamina with aerobic training. Can you get smarter by exercising — or altering — your brain? This is hardly an idle question considering that cognitive decline is a nearly universal feature of aging.

Getting a Brain Boost Through Exercise

What all of this new research suggests, says Teresa Liu-Ambrose, an associate professor in the Brain Research Center at the University of British Columbia who oversaw the experiments with older women, is that for the most robust brain health, it’s probably advisable to incorporate both aerobic and resistance training.

How Much Exercise Does It Take to Boost Your Brain Power?

Based on the study results, you may want to get active for a more oxygen-happy brain. Among study participants, those who worked out more often had more oxygen availability in their brains — and hence, better cognitive functioning.

The president aced it, but that doesn't mean he's "like, really smart." It just means he can draw a cube.

Vision and Hearing Loss Are Tied to Cognitive Decline

Now and then I hear someone (myself included) proclaim “my brain is on overload.” This is not surprising given the myriad complex tasks the brain performs, among them enabling you to learn, plan, remember, communicate, see, hear and smell. Perhaps also not surprising, a growing number of studies have linked compromised sensory functions like poor vision and hearing to a decline in cognitive abilities.

Ways to Inflate Your IQ

Many people think of IQ as a genetic trait, like brown eyes or short legs: You're born with it and you're stuck with it. Now, a growing body of research is showing that a person's IQ can rise—and even fall—over the years.

What Is the Best Way to Improve Your Brain Power for Life?

The human brain does not automatically go into a steady decline as we age. A variety of new studies have found that simple lifestyle choices can help to keep your mind sharp throughout a lifespan.

Why we pretend to know things, explained by a cognitive scientist

New research explains why we pretend to know more than we do.

You Can Increase Your Intelligence: 5 Ways to Maximize Your Cognitive Potential

It is no coincidence that geniuses like Einstein were skilled in multiple areas, or polymaths, as we like to refer to them. Geniuses are constantly seeking out novel activities, learning a new domain. It’s their personality.

You Think With the World, Not Just Your Brain

Cognition is extended, outsourced, leaking from cranial slime into the material world.

The Value of Struggle, and How You're Letting Technology Diminish It

You can find so much on the Internet. But if you want to increase your brainpower, you may be looking in the wrong place.

12 Superfoods To Boost Your Brainpower

We've all had those days when we just can't seem to concentrate. And while there's no magic pill to bring us back to the height of our cognitive powers, there are some foods that have been shown to improve brain function, protect against age-associated cognitive decline and encourage focus and clarity.

To keep that noggin in tip-top shape, we've put together a list of new and creative ways to boost our brainpower, like golfing, mowing the lawn, and munching on pumpkin seeds. Read on for more easy ways to hit genius status pronto.

8 Ways to Improve Your Brain Power

The good news is that there are a number of different ways to improve your brain power, especially if you're willing to do some things consistently over a longer period of time.

Our website is a consumer resource for information about maintaining and improving cognitive and mental health based on the best available scientific research. By educating yourself, you’ll make better health decisions and improve your chances of staying mentally sharp, productive and positive throughout your life.

Your brain is like a muscle - use it or lose it. Exercise your brain - play games, solve puzzles, learn something new once in a while! Build your brain power by doing brain curls - the fun, challenging brain building activities that you'll find right here - every day!

BrainGymmer's brain training program provides your brain the boost it needs to become and stay stronger, so you can feel more mentally fit and perform better at work, study and sport.

CogniFit is the ultimate brain training app. Play different brain games to challenge your mind and train your cognitive skills like you never did before!

A better you starts with Smarter Health™. #Nootropics, #Health, and #Nutrition news. Cutting-edge information on enhancing #Mental and #Physical #Performance.

Eidetic uses a technique called spaced repetition to help you memorise anything from important phone numbers to interesting words or facts.

Personal Zen is clinically proven to reduce stress by JUST playing a fun game. Built by a team of leading neuroscientists and mobile developers, playing Personal Zen actually retrains your brain to lower stress and anxiety. Just like exercising for physical health, we can exercise our brain for better mental health and wellness!